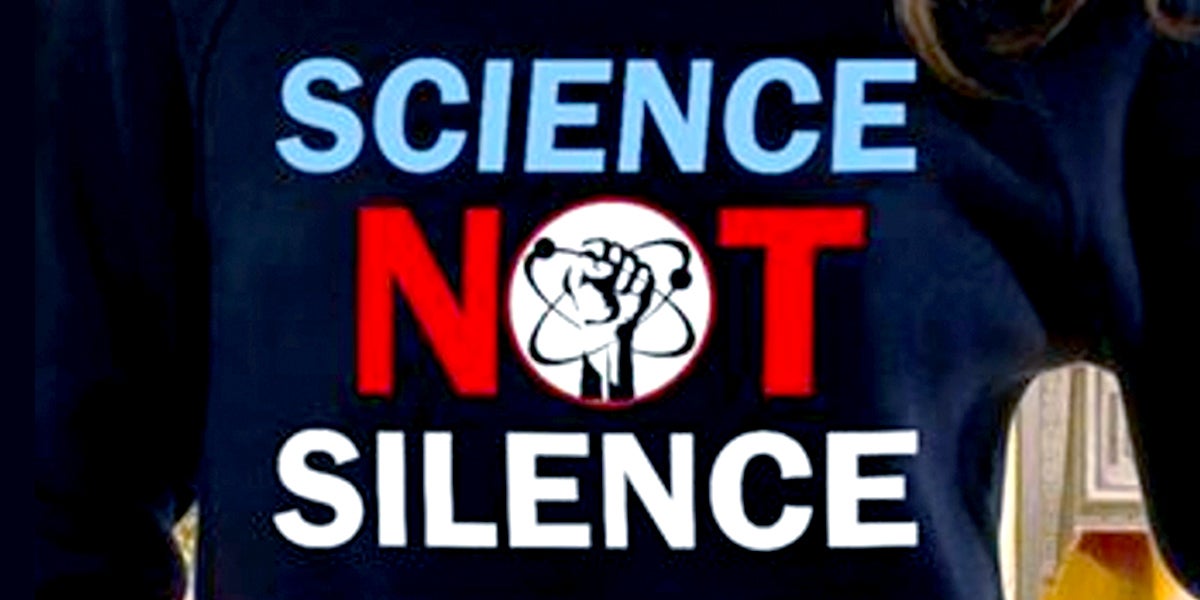 It wasn’t long after President Trump took office that chaos took hold at the U.S. Environmental Protection Agency (EPA). Throughout his campaign, Trump had promised to get rid of the agency, leaving just “little tidbits left.” He wasted little time.

Out of the gate, Trump’s transition team was set to remove former President Barack Obama’s Climate Action Plan and other climate data, reported InsideEPA on Jan. 17. Trump officials told EPA staff on Jan. 24 to remove the agency’s climate change page from its website, according to Science. The next day, EPA staffers were told to hold off. Then, two days later, the words “climate change” were erased from the EPA site altogether. Then they were back.

Many scientists didn’t wait to find out what was up, what was down or what was going which way. At risk was years of data on greenhouse gas emissions, temperature trends, sea level rise and shrinking sea ice—data essential to our understanding of the enormous environmental shifts our planet is undergoing. Worldwide, they scrambled to capture the information from the websites of the EPA, the National Aeronautics and Space Administration, the National Oceanic and Atmospheric Administration and the U.S. Geological Survey. Hackathons were organized to download the data to university servers and sites like DataRefuge and the Internet Archive for the fear that Scott Pruitt would be confirmed as head of the EPA; he was confirmed by the Senate on Feb 17.

Even outside of scientific circles, concerned citizens recognized a need to act. When John Rozsa, a graduate student in technology studies at Eastern Michigan University, heard about these efforts, he thought the more copies, the better. So, between classes and his full-time job, he began to download the pre-Trump version of the EPA website—28,000 files and counting.

“I used a variety of Windows and Linux-based high-tech tools that look at every corner of the website and grab every single file,” he said. “I repeated the process four times and then compared the data sets. Once I confirmed my data sets were reliable, I backed them up and then sorted the files.”

Now he’s uploading the files to a website he calls EPA Data Dump. It’s very simplistic, he said, “due to the fact that less than one week ago the website was just a small project of mine.” The website is not quite ready for prime time—it’s still under construction—but already it’s getting a lot of attention.

EPA Data Dump has seen more than 200,000 users to date, so much traffic that its server nearly crashed. Rozsa had to start a modest online fundraiser to pay for a dedicated server, more bandwidth and increased security. The site will soon include a search engine, he said, but first the files must be organized by librarians and other volunteers.

Already many people, including an aerospace data manager, have offered their skills to further the project. And Rozsa has received messages from students and individuals in academia who said the data on his website have helped them significantly.

Rozsa has degrees in computer science and technology management. He is now studying for his master’s degree in technology studies and he calls himself an activist. One audience that appreciates his type of activism is journalists who cover science and the environment.

“Journalists and the public rely on the EPA’s website for accurate public information about climate change, EPA regulatory actions, greenhouse gas emissions and other pollution data,” said Bobby Magill, senior science writer at Climate Central and president of the Society of Environmental Journalists. “It’s among the first places members of the public may go to find information about climate change and how human carbon dioxide and methane pollution contribute to it.”

Ensuring that accurate information remains available to the public is critical to understanding government efforts to keep our air and water clean and to address climate change. “The EPA greenhouse gas emissions database is valuable because it helps journalists and the public identify emissions sources and trends,” Magill said. “There is an inherent public good in maintaining those databases online so that accurate environmental information is available to the public.”

When Rozsa created EPA Data Dump, he did so believing that the public should have access to information about climate change, regardless of who the president was. For many scientists, whose individual decades of study are built on generations of accumulated research, open access to information is essential.

“Any climate data that has been collected and published by government scientists or as a result of government-funded or government-sponsored research, belongs in the public domain,” said Michael Mann, professor and director of the Pennsylvania State University Earth System Science Center and lead-author of the now-famous “hockey stick graph” of rising global average temperatures.

“The public has a right to know that it is safe and that it will be preserved for posterity, despite the fluctuations in the prevailing political winds,” he said. “The fact that scientists are fearful that climate data inconvenient to the vested interests that have funded President Trump and congressional republicans will be scrubbed from government websites is a testament to the truly chilling nature of the fossil fuel industry-funded assault on climate science.”