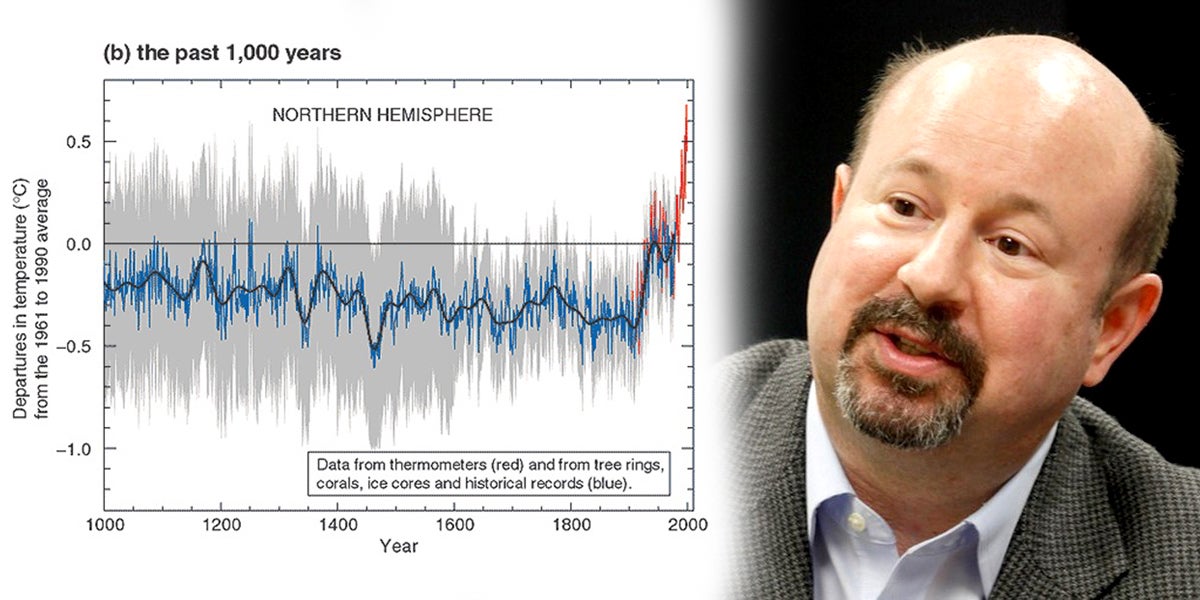 Leading climate scientist
Michael Mann will see his defamation lawsuit against writers who called him the “Jerry Sandusky of climate science,” amongst other accusations, move forward thanks to an appeals court ruling on Thursday.

Mann is the director of the Earth System Science Center at Pennsylvania State University and is well-known for his iconic “hockey stick” graph of modern global temperature rise.

He is routinely criticized and even threatened for his research linking climate change to human activities such as the burning of fossil fuels.

The case involves articles written by Rand Simberg for the think tank Competitive Enterprise Institute and Mark Steyn for the conservative publication
National Review. Both entities have been critical or reject the science behind climate change and the writers have accused Mann of academic fraud.

On Thursday, a three-judge panel for the DC Court of Appeals upheld a lower court’s refusal to dismiss the suit and unanimously ruled that a “reasonable jury” would have “sufficient evidence” that the authors and the entities they worked for published false and defamatory claims about Mann and his work “with actual malice.”

“Tarnishing the personal integrity and reputation of a scientist important to one side may be a tactic to gain advantage in a no-holds-barred debate over global warming,” Senior Judge Vanessa Ruiz wrote in the court’s opinion.

“Mann could be said to be the Jerry Sandusky of climate science, except for instead of molesting children, he has molested and tortured data in service of politicized science that could have dire consequences for the nation and planet,” Simberg wrote. The institute later removed that part, calling it “inappropriate.”

In his own post for the National Review, Steyn cited Simberg’s article and added that he “has a point” and called Mann’s hockey stick graph “fraudulent.”

Simberg and Steyn argued that their comments were protected as free speech under the First Amendment,
The Hill reported.

Mann said he is “pleased” with the court’s decision.

“We are particularly pleased that the court, after performing an independent review of the evidence, found that the allegations against me have been ‘definitively discredited,'” he said in a statement. “I am pleased by this unanimous decision of the court and we now look forward to presenting our claims of defamation to a jury.”

But in response to the judges’ opinion, Steyn wrote: “You won’t be surprised to hear that I disagree with their ladyships. The ‘sufficient evidence’ Dr. Mann has supplied are a series of mendacious claims to have been ‘investigated‘ and ‘exonerated‘ by multiple Anglo-American bodies that did, in fact, do neither.”

Defamation or libel lawsuits are notoriously difficult to win because “actual malice” is very difficult to prove in court.
After all, there is a fine line between freedom of speech and a person’s right to avoid defamation. The DC court’s ruling is basically saying that because climate change is real, the writers and the Competitive Enterprise Institute and the National Review intended to defame Mann by publishing those articles with reckless regard.

According to Mashable, this is the first time a “climate science researcher can proceed with defamation claims against writers who made false allegations about his scientific work.”

Not only that, as Mashable observed, “the case may lay the groundwork for future lawsuits brought by climate scientists and scientists in other hotly contested fields who believe their reputations were damaged by press reports and even organized misinformation campaigns.”