Entire Pesticide Class Must Be Banned to Save Children’s Health, Landmark Study Says 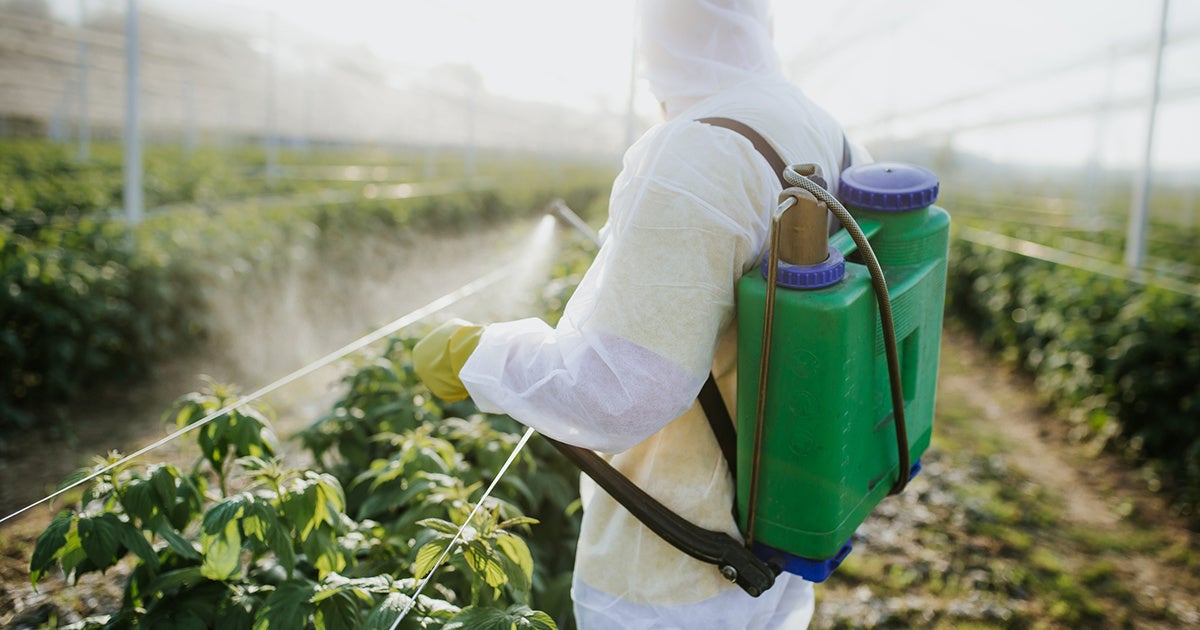 A first-of-its-kind study has reviewed the data and concluded that an entire class of pesticides should be banned because of its impact on children’s health, The Huffington Post reported.

The study, published in the journal PLOS Medicine on Wednesday, said that even low-levels of organophosphate exposure can cause brain damage in children. The news comes as Trump‘s U.S. Environmental Protection Agency (EPA) is currently fighting a court order to ban just one of this class of toxic chemicals―the pesticide chlorpyrifos.

“We have compelling evidence from dozens of human studies that exposures of pregnant women to very low levels of organophosphate pesticides put children and foetuses at risk for developmental problems that may last a lifetime. By law, the EPA cannot ignore such clear findings: It’s time for a ban not just on chlorpyrifos, but all organophosphate pesticides,” study lead author and University of California, Davis Environmental Health Sciences Center Director Irva Hertz-Picciotto told The Guardian.

Children exposed to organophosphates in the womb have an increased risk for lowered IQ, reduced memory and attention and autism, the study found. To reach its conclusions, it drew on a UN database that includes 71 countries and cross referenced it with a wide variety of studies.

“We found no evidence of a safe level of organophosphate pesticide exposure for children. Well before birth, organophosphate pesticides are disrupting the brain in its earliest stages, putting them on track for difficulties in learning, memory and attention, effects which may not appear until they reach school-age. Government officials around the world need to listen to science, not chemical lobbyists,” study author and Simon Fraser University scientist Bruce Lanphear told The Guardian.

More than 10,000 tonnes (approximately 11,023 U.S. tons) of these pesticides are sprayed in 24 European countries every year, and more in the U.S. U.S. regulators have already banned 26 of 40 organophosphates considered dangerous without much fanfare.

The use of organophosphates first expanded in the 1960s and 70s as they replaced DDT and other pesticides known to be toxic at the time, and the study’s findings indicate the need for the agricultural sector to rethink its dependence on chemical weed and pest killers, The Huffington Post reported.

“It’s a complicated answer, but the answer has to be moving toward using less and more targeted uses of these agrochemicals,” study author and Natural Resources Defense Counsel scientist Jennifer Sass told The Huffington Post. “The agrochemical industry itself calls it plant medicine, so use it like medicine, use it only with prescription.”

Before President Donald Trump took office, the EPA had moved to ban the use of one popular organophosphate, chlorpyrifos, on food crops. But former administrator Scott Pruitt abandoned those plans. In August, a federal court ordered the EPA to implement the ban, but the agency, now under the leadership of former coal lobbyist Andrew Wheeler, is appealing that decision.

“EPA has not yet reviewed this study,” agency spokesperson Michael Abboud told The Huffington Post by email. “EPA’s priority has always been using the best available science in the most transparent manner to make the best decisions in both the pesticides and toxics programs.”