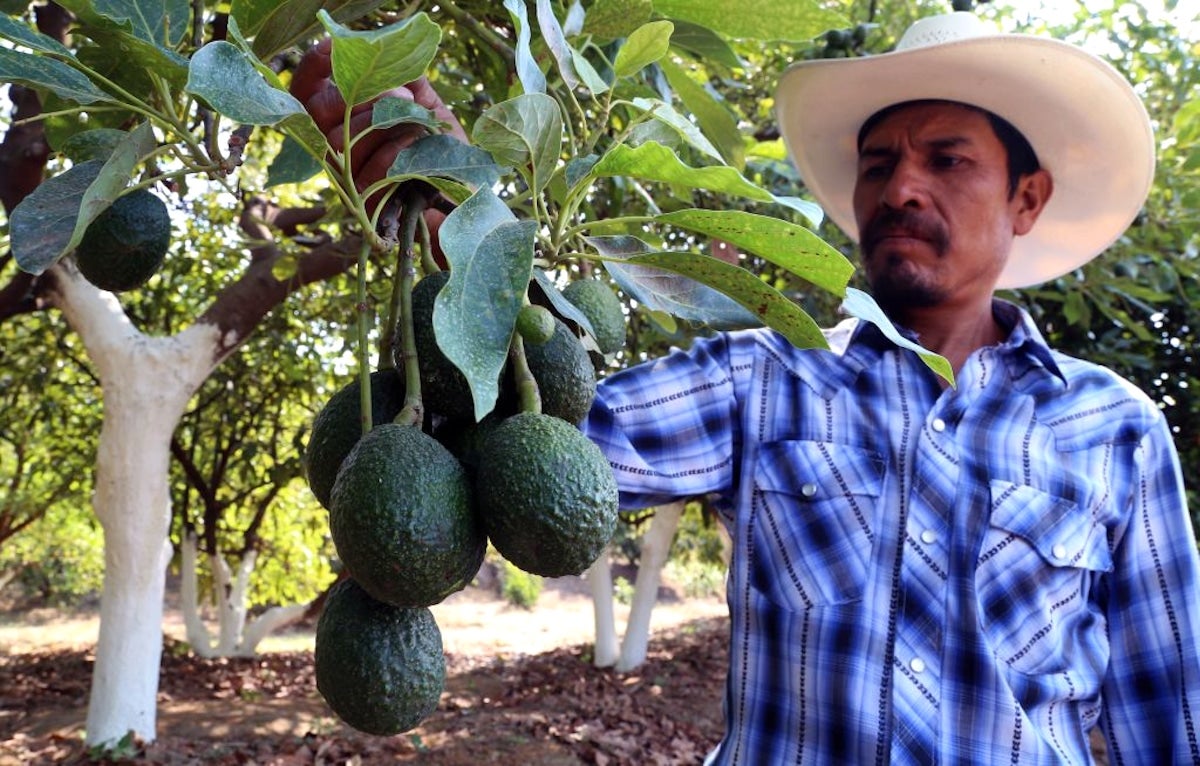 A farmer works at an avocado plantation in Mexico in 2019. JOSE CASTANARES / AFP via Getty Images

Coffee, avocados and cashews are crops beloved by consumers and essential to the livelihoods of tropical farmers. But how will the climate crisis impact their future growth?

A new study published in PLOS One Wednesday looked at how suitable growing areas for these delicious and important crops would shift over the next 30 years, and found that they would all change significantly.

“Coffee proved to be most vulnerable, with negative climate impacts dominating in all main producing regions,” the study authors wrote. “For both cashew and avocado, areas suitable for cultivation are expected to expand globally while in most main producing countries, the areas of highest suitability may decrease.”

The study team used 14 different climate models to determine the future suitability for the growing of avocados, cashews and Coffeea arabica, the most popular variety of coffee. They looked at how the ideal conditions for the three crops would be impacted both around the world and on a country-by-country basis through 2050 based on three different greenhouse-gas-emissions scenarios: a rapid reduction in emissions that would limit warming to 1.6 degrees Celsius, a moderate reduction that would limit warming to 2.4 degrees Celsius and a high-emissions scenario that saw global warming breach four degrees Celsius, according to National Geographic.

The elements of suitability they considered included long dry seasons, mean high and low temperatures, yearly precipitation, low soil pH, poor soil texture and slope steepness, according to the study. What they found was that the climatic conditions were more important to the crops’ success than the soil conditions.

Coffee was the crop that stood to lose out the most due to climate change. In all emissions scenarios, the number of suitable regions for the crop fell by 50 percent, National Geographic reported. This was mostly because of rising yearly temperatures in major coffee-growing countries like Brazil, Vietnam, Indonesia and Colombia.

The most suitable area for avocados was set to decrease by 14 to 41 percent in places like the Dominican Republic and Indonesia, but moderately suitable areas were expected to increase by 12 to 20 percent, according to National Geographic. Mexico, which is currently the world’s leading avocado producer, could see suitable area increase by 66 to 87 percent. However, major producer Peru would lose around half of its suitable area, BBC News reported.

Overall, the study authors said it is possible to shift the range of all three crops as the climate changes, but that it has to be done carefully.

“In regions that might get more suitable for growing those crops, it is important to make sure that there are no negative environmental impacts such as deforestation,” study lead author Roman Grüter of Zurich University of Applied Sciences told BBC News. “In all of these changes, the local stakeholders, the local communities have to get involved in these changing processes. It should be really participatory.”

The study confirms previous warnings about the threat that climate change poses to coffee, but expands this to reveal the complicated ways in which rising global temperatures impact other crops.