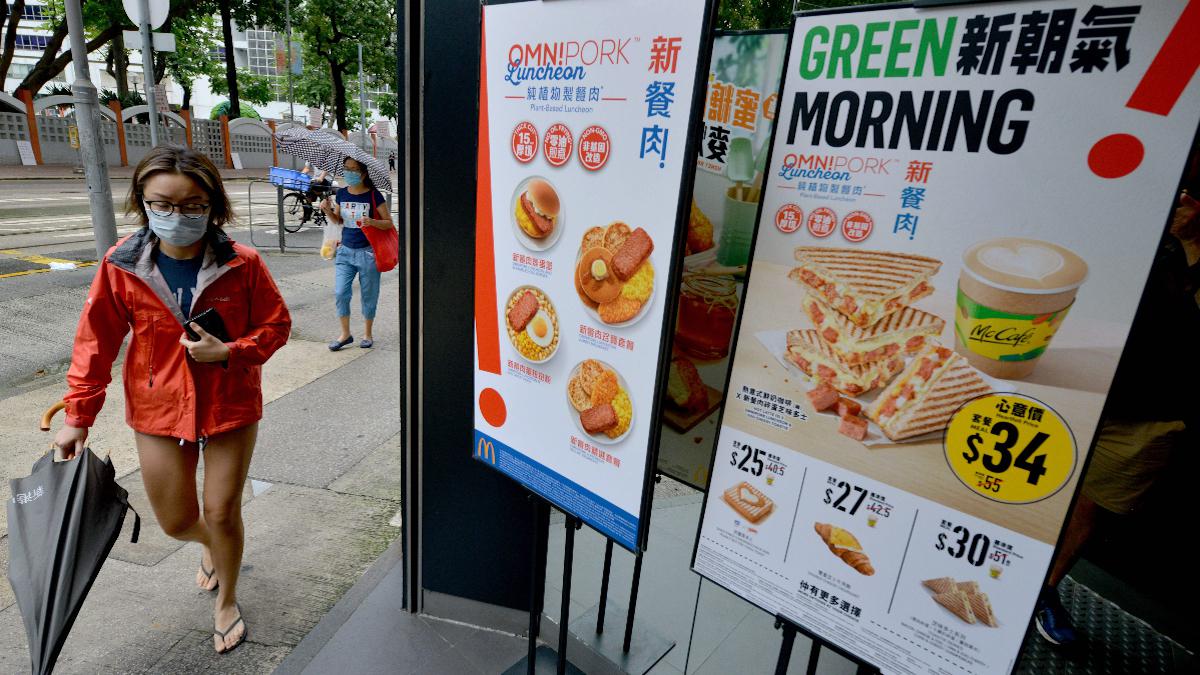 Concerns about the environment and pandemics like the coronavirus have made a growing number of people hungry for meat alternatives, The Guardian reported Tuesday. At the same time, the plant-based meat market in the country is growing to satisfy this need, and analysts say China could even become a global player in the industry.

“[W]ith a local abundance of non-GMO soybeans and huge capacity to process plant-based raw materials including soy and pea, China has the potential to play a major role in accelerating the plant-based meat trend around the world by increasing production and bringing down costs,” Global Food Institute Asia-Pacific (GFI-APAC) managing director Elaine Siu said in a 2019 GFI report.

Meat consumption in China has risen significantly since the 1960s, when the average person consumed five kilograms (approximately 11 pounds) of meat per year, The Guardian pointed out. By 2015, that number had risen to 48 kilograms (approximately 106 pounds). In the U.S., for comparison, per capita meat consumption was 218.6 pounds in 2018, according to Dr. Derrell Peel at Oklahoma State University.

China still eats 28 percent of the world’s meat and half of its pork, according to The Guardian. Its meat market is worth billion. However, in 2016 the Chinese government announced a plan to reduce meat consumption by 50 percent in the country and urged its citizens to limit their meat intake to 40 to 75 grams a day. While the government has not done much to forward this goal since the initial ad campaign, it is notable because few countries have incorporated the issue of meat consumption into their plans to address the climate crisis.

At the same time, there are signs that the food culture in the country is shifting. The vegan market in China was expected to grow 17.2 percent from 2015 to 2020, the fastest growth rate in the world, Inside Retail Asia reported in 2016. In Shanghai, the number of vegan restaurants rose from 49 in 2012 to more than 100 in 2017, Business World reported.

This is evident in restaurants across the country, The Guardian noted. KFC in China sells vegan chicken nuggets, while Burger King offers an Impossible Whopper and Starbucks offers Beyond Meat products. Domestic plant-based companies are also getting in on the action. Hong-Kong based OmniFoods has placed plant-based pork in McDonalds in Hong Kong and Aldi, White Castle and Starbucks in mainland China. It also is launching in 13 other countries this year.

Within China, OmniFoods is opening a factory next year, and hopes to decrease the cost of plant-based foods, which are currently more expensive than meat alternatives. However, the CEO of plant-based mince-maker Z-Rou thinks he can persuade middle class consumers to adopt the new foods despite the higher price.

“They would even be willing to pay more as they know they’re getting a healthier product that’s helping ensure the future of the planet their children are inheriting,” CEO Franklin Yao told The Guardian. “That’s priceless.”