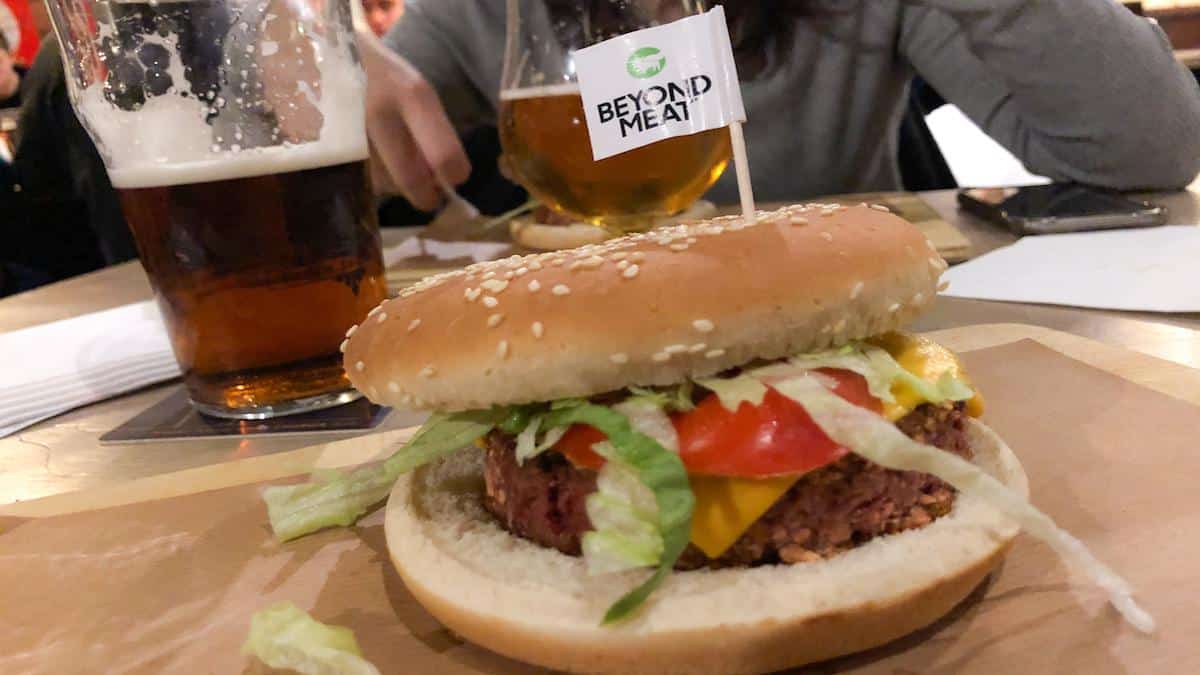 A Beyond Meat burger. Mairo Cinquetti / NurPhoto via Getty Images

Bill Gates is out with a new book on how to solve the climate crisis. How to Avoid a Climate Disaster: the Solutions We Have and the Breakthroughs We Need follows his general history of emphasizing technological innovation over policy changes. But, in an interview promoting the new book, he did propose one dramatic behavioral change: People living in wealthier countries should switch to plant-based meat alternatives.

“I do think all rich countries should move to 100% synthetic beef,” Gates told the MIT Technology Review Sunday. “You can get used to the taste difference, and the claim is they’re going to make it taste even better over time.”

In the interview, Gates gave shoutouts to Beyond and Impossible, two companies that have made headlines with their plant-based burger alternatives in recent years. (He is, in fact, an investor in both, the article noted.) While these meat alternatives currently represent less than 1 percent of the meat in the world, they have quality and cost roadmaps that make them competitive, he said.

On the other hand, he did not think that lab-grown alternatives like Memphis Meats, in which he also invests, were likely to be economically viable on a wide scale.

In the interview, Gates did not think that poorer nations would have to give up beef. In Africa, he said, the Bill and Melinda Gates Foundation focuses on lowering the emissions per cow using genetics.

“Weirdly, the US livestock, because they’re so productive, the emissions per pound of beef are dramatically less than emissions per pound in Africa. And as part of the [Bill and Melinda Gates] Foundation’s work, we’re taking the benefit of the African livestock, which means they can survive in heat, and crossing in the monstrous productivity both on the meat side and the milk side of the elite US beef lines,” he said.

His ideas may be a hard sell, however. The claim that the Green New Deal would force U.S. residents to give up hamburgers has been a major right-wing talking point, as TIME noted in 2019.

However, Gates thought a shift to plant-based meat was possible over time.

“Eventually, that green premium is modest enough that you can sort of change the [behavior of] people or use regulation to totally shift the demand,” he said in the interview.

Food & Living Vegan opined that his argument made sense from a climate perspective.

“Oxfam revealed that the richest 1% is responsible for double the carbon emissions as the poorest 50%, therefore even if it is just wealthy nations switching to lab-grown or synthetic meat, this will have a huge impact,” the magazine wrote.