Turkey Is Bad on Antibiotics—Pork and Beef, Even Worse 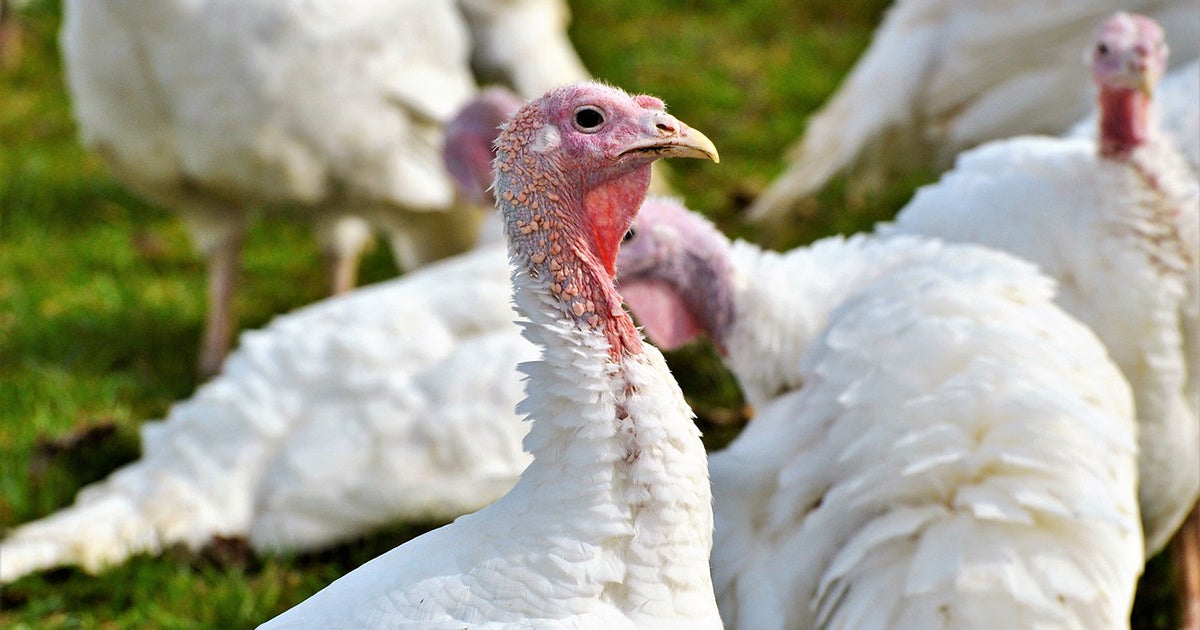 Heading into the holidays, many of our families are planning meals centered around a delicious turkey, ham or brisket. But a new analysis from the Natural Resources Defense Council (NRDC) and our partners at Food Animal Concerns Trust shows that our families’ health is at significant risk from how these American meats are typically produced.

Just a week before Thanksgiving, there’s news that an outbreak of antibiotic-resistant Salmonella, linked to raw turkey, is still spreading; it has sickened 164 people thus far, killing one. Each year, at least 2 million Americans suffer infections caused by drug-resistant bacteria, resulting in more than 23,000 deaths. Those numbers are rising according to experts.

What’s that got to do with your holiday dinner planning? Plenty, says our new analysis, released just in time for Antibiotic Awareness Week. 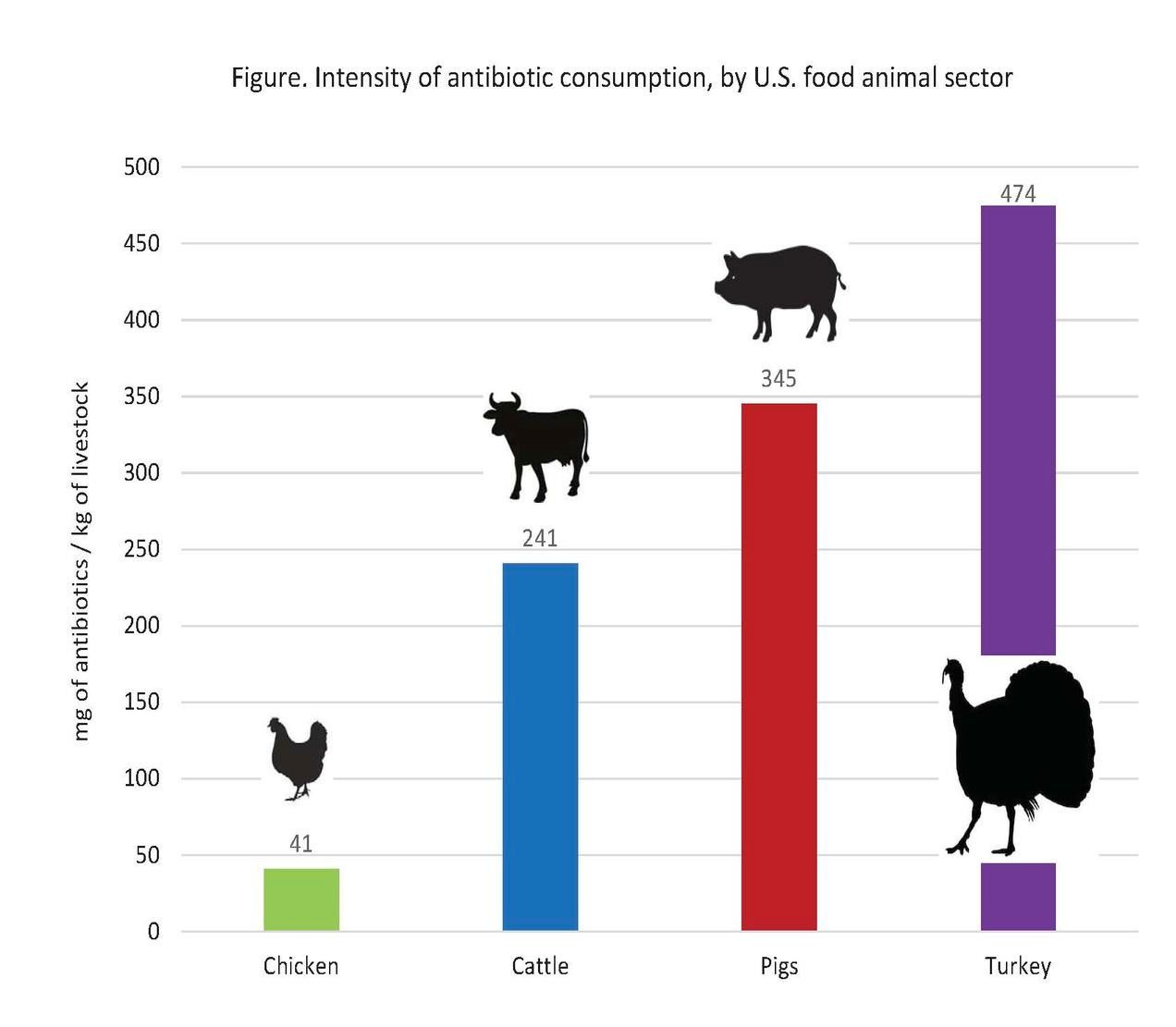 While turkeys are given antibiotics more intensively than other livestock in the U.S., the size of the industry is much smaller than beef and pork—making those two the most problematic in terms of antibiotic consumption.

The conventional U.S. livestock industry—in particular its beef, pork and turkey sectors—raises animals with very intensive use of antibiotics that are also important to human medicine (“medically important”). Most of these precious medicines are fed to groups of animals that aren’t sick, a practice commonly although inappropriately used to compensate for stressful and unsanitary living conditions. This is unnecessary—several European countries ended uses in healthy animals years ago, and the European Parliament voted last month to ban them. And it is an important driver of the worsening antibiotic resistance crisis. The World Health Organization warns that if we want antibiotics to remain useful for treating people when they get sick, we simply must use them better and more responsibly.

Fittingly, U.S. consumers increasingly show a preference for buying poultry and meat products produced with fewer or no antibiotics. But our new analysis finds that the conventional U.S. meat industry remains a stubbornly high user of antibiotics. Specifically, we find: 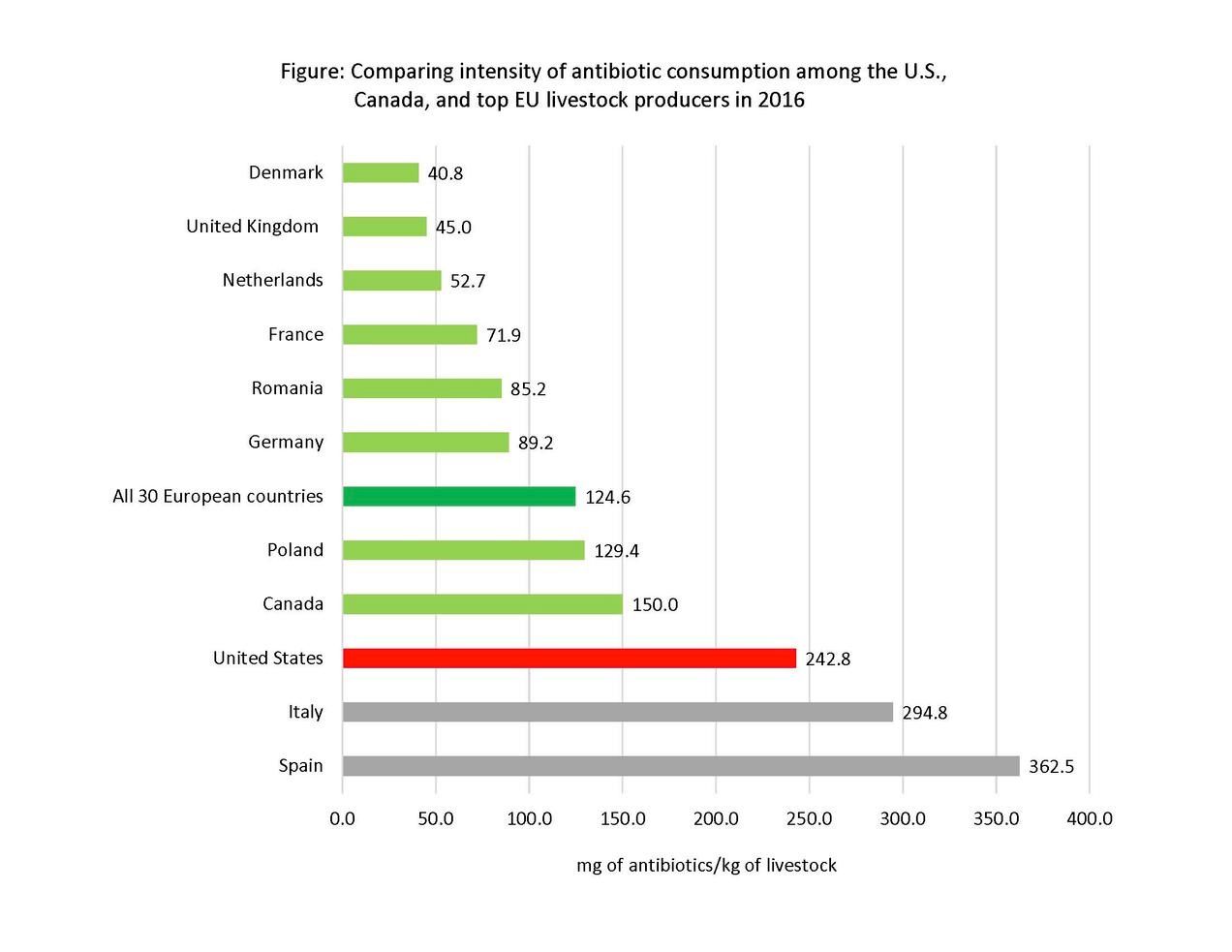 The good news is there’s a lot of room for quick improvement. We’ve seen that with the right leadership, enormous changes have happened quite rapidly. The U.S. chicken industry is a one example. In just a few years, close to half the industry (and 14 of the top 25 U.S. restaurant chains serving chicken) has made some commitment to curbing unnecessary antibiotics in chicken production, by our estimates.

The United Kingdom, France and the Netherlands also cleaned up their livestock industries in a very short time frame. They reduced the intensity of antibiotics consumed in in livestock production by 34 percent, 47 percent and 64 percent, respectively, between 2010 and 2016.[1] Our analysis makes clear that right now, the conventional cattle, pig and turkey industries in the U.S. just don’t measure up.

Who among us has not relied on antibiotics? It’s in all of our best interest to keep them working. So as families sit down together to enjoy a meal this holiday season, let’s hope the American beef, pork and turkey industries are thinking hard about how better to protect the consumers who buy their products.

David Wallinga is a physician with more than 20 years of experience in writing, policy and advocacy at the intersection of food, nutrition, sustainability and public health.