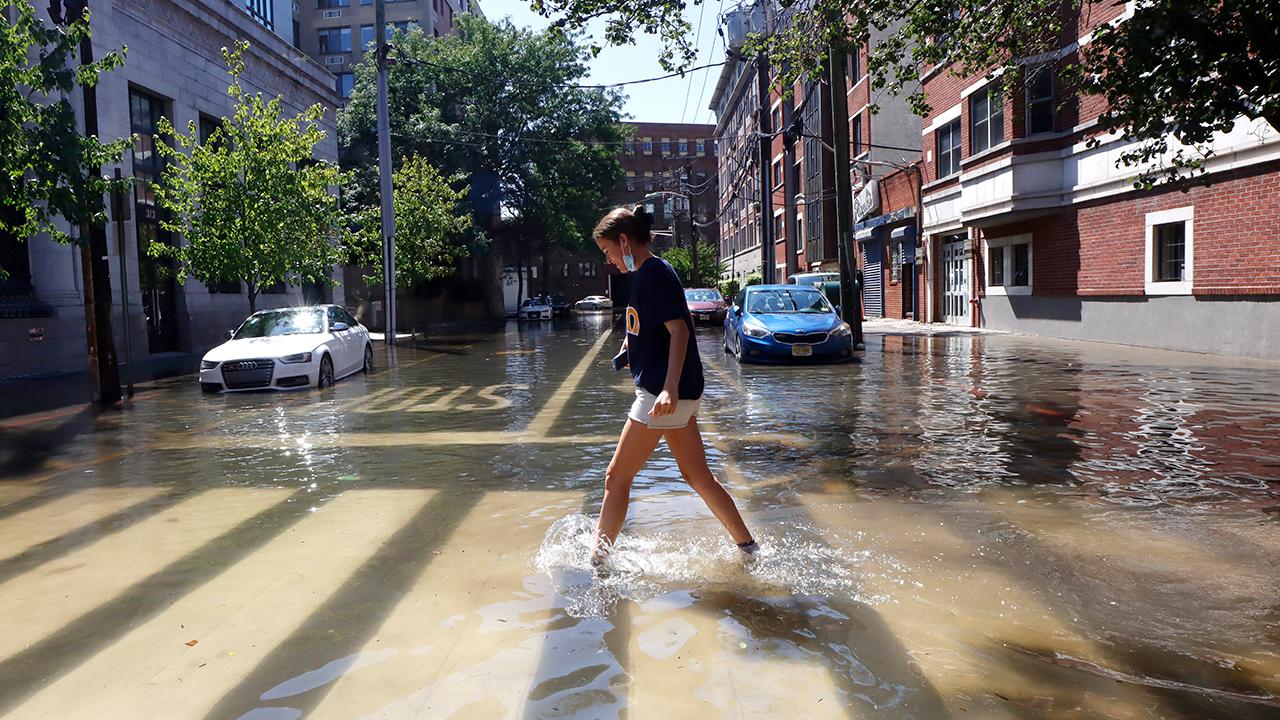 A woman walks through a flooded street the morning after the remnants of Hurricane Ida drenched the New York City and New Jersey area on September 2, 2021 in Hoboken, New Jersey. Gary Hershorn / Getty Images

People in the U.S. are taking the climate crisis more seriously than ever before, a new survey indicates.

The latest Climate Change in the American Mind survey from the Yale Program on Climate Change Communication found that an all-time high of 76 percent of U.S. respondents think global warming is happening. Further, for the first time, more than half say that they have personally experienced its impacts.

NEW REPORT: Our latest Climate Change in the American Mind survey finds U.S. worry about #climate at an all-time high. And for the first time, a majority of Americans report that they have personally experienced the impacts of climate change:https://t.co/JCwivFa9Eu pic.twitter.com/scdcBAKIih

The survey is the latest in a series of surveys conducted by the Yale program since 2008. Researchers asked 1,006 U.S. adults about their thoughts and opinions related to the climate crisis between September 10 and 20 of 2021. The results were published Thursday.

For several of the questions, an all-time high number of respondents answered that they were convinced of the reality of climate change and concerned about its dangers. Among these record responses, the survey found that

Some key questions did not garner such high response numbers. For example, respondents still think the scientific consensus around the climate crisis is less robust than it really is, with only 24 percent understanding that more than 90 percent of scientists think that global warming is happening due to human activity. Further, while more than three quarters know climate change is happening, only 60 percent of respondents understand that global warming is caused by human activity, while 27 percent still think it is due to natural causes.

There is a growing awareness that the extreme weather events of recent years are caused by the climate crisis, with an all-time high of 70 percent of people believing that global warming is impacting U.S. weather right now. Around three-fourths of respondents believe that global warming is impacting extreme heat, wildfires, drought, air pollution, sea level rise, flooding, hurricanes and water shortages.

While the new survey overall suggests that U.S. adults have a fairly accurate and robust understanding of what is happening and what is at stake, other surveys have shown that there is a stark political divide when it comes to U.S. attitudes towards the climate crisis. Another survey from the Pew Research Center found that 72 percent of Democrats think human activity is responsible for a “great deal” of climate change, while only 22 percent of Republicans believe the same, as HuffPost noted.