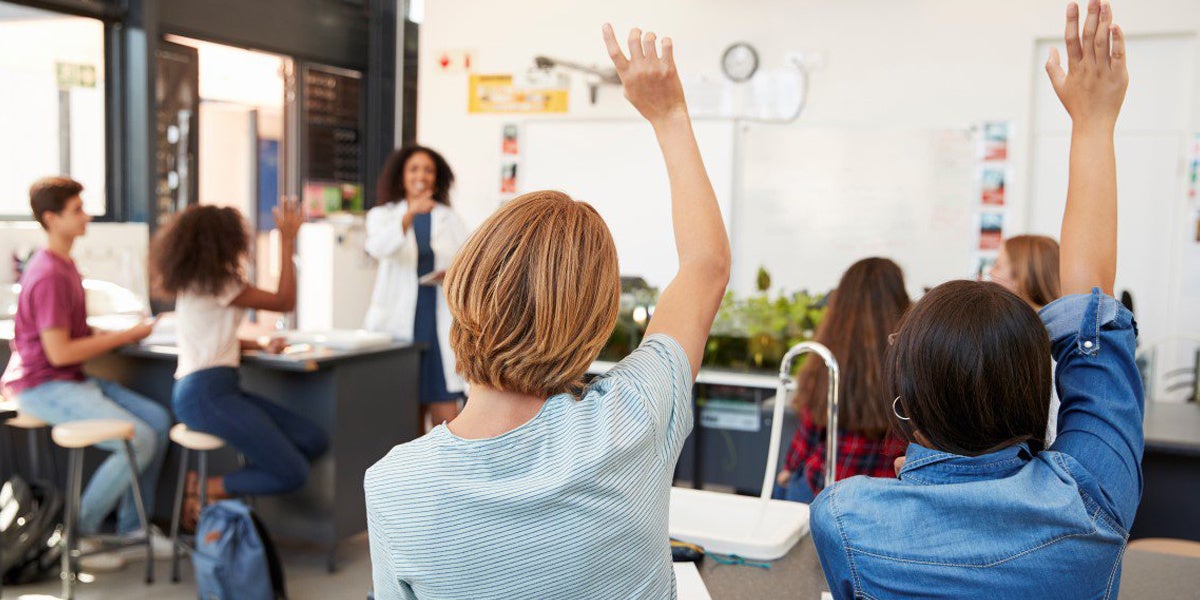 In a rebuke to efforts by the Heartland Institute and at least 10 state legislatures, a large majority of Americans believe climate change should be taught in schools, the Yale Program on Climate Change Communication (YPCCC) reported Wednesday.

When the YPCCC asked Americans, “Should schools teach our children about the causes, consequences, and potential solutions to global warming?”, a national average of 78 percent either somewhat or strongly agreed that they should.

Moreover, a large majority shared that view in all of the 50 states and more than 3,000 counties surveyed, whether or not they favored Republicans or Democrats in elections. 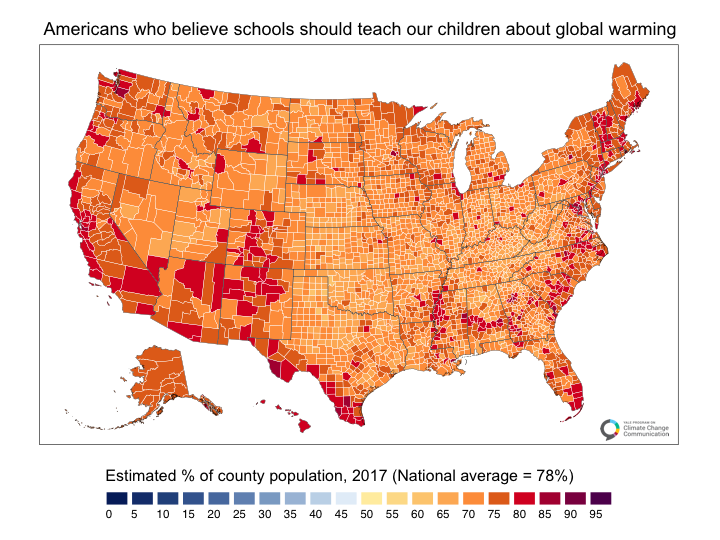 The results suggest that efforts in at least 10 states to alter how climate change is addressed in state educational standards are out of step with voters.

For example, YPCCC holds up the case of Idaho, where state legislators argued that no section on human-caused climate change should be included in state science standards, but instead arguments for and against a human role should be presented. Scientists and educators successfully argued that such a move would damage the education and futures of students by presenting a scientific consensus on an urgent issue as up-for-debate. The final decision was in line with the majority of Idahoans views, since, according to YPCCC data, 76 percent of them support climate education.

The same is true for the residents of other states debating their science standards, including Texas, Oklahoma and Kentucky. 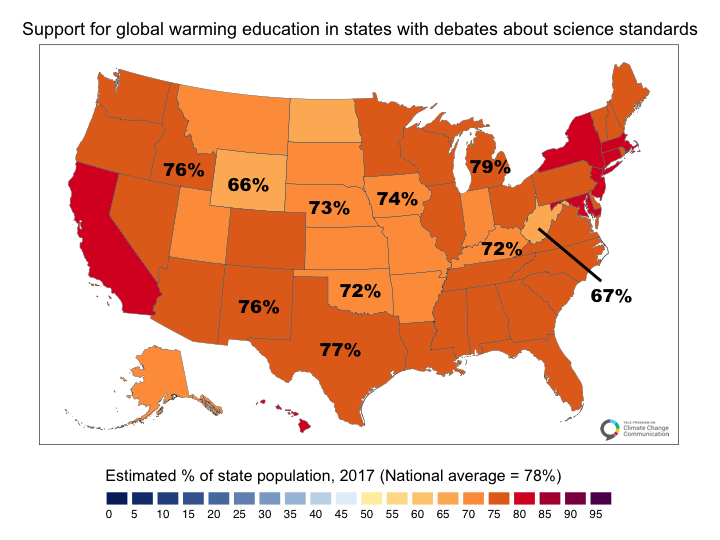 National Center for Science Education Deputy Director Glenn Branch told Business Insider in 2017 that, when it comes to determining state science standards, “the two topics that arouse the most discontent and controversy are climate change and evolution.”

But the YPCCC data suggests that that controversy is manufactured at the political level and not felt by most Americans.

One key controversy-monger, according to YPCCC, is the climate-denying think tank the Heartland Institute. In March 2017, the fossil-fuel-funded group sent out 25,000 copies of a book called Why Scientists Disagree About Global Warming to science teachers nationwide.

Despite that effort, majority opinion seems more in line with the Next Generation Science Standards (NGSS), a science-education template that Branch called “the gold standard.” The NGSS clearly link human activity to climate change and have been accepted by 19 states and Washington, DC, Business Insider reported.

However, more teacher education is needed to ensure U.S. school children are learning accurate climate science. YPCCC cited research published in Science that found that only 30 percent of middle school and 45 percent of high school science teachers understand the degree of scientific consensus on human-caused climate change. Worse, 30 percent of teachers who teach climate change tell their students it is due to natural causes.