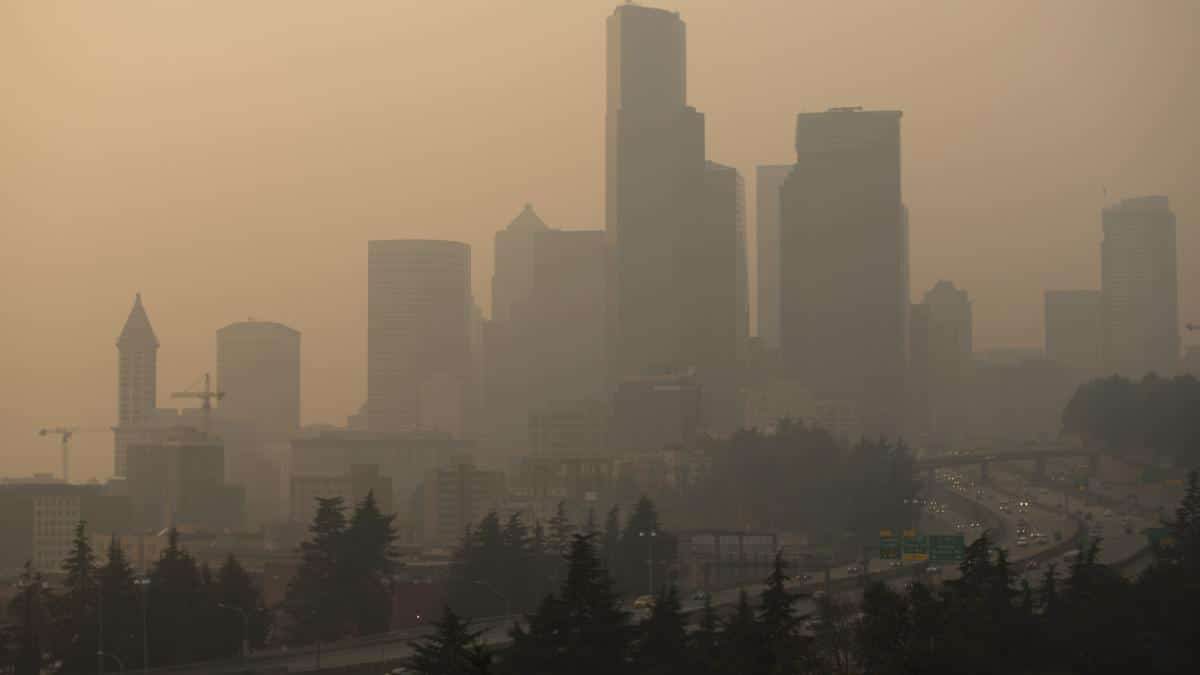 A hazy Seattle skyline due to wildfire smoke is seen on September 11, 2020 in Seattle, Washington. Lindsey Wasson / Getty Images

Washington state residents are taking climate matters into their own hands. Beginning this month, 90 members of the public join the country’s first climate assembly to develop pollution solutions, Crosscut reported.

Randomly picked and representing every congressional district in the state, assembly members have until March to discuss climate pollution, reach a consensus and forward their recommendations to the state Legislature.

“It’s going to hinge on getting people from different ideological perspectives to talk and be informed and come to some consensus,” State Rep. Jake Fey, D-Tacoma, told Crosscut. “It’s an experiment, but I’m supportive of this because I think that it could be more persuasive in furthering the different strategies that might be used to reduce carbon.”

Crosscut reported that the group represents racial, income and gender diversity. Their views on the climate crisis also vary, from whether it exists to whether people are responsible for it.

“One fact that has become clear is that the polarized nature of this debate harms us all. This issue cannot be another ‘us versus them’ issue, because it affects us all,” Fey and three other Washington representatives wrote in The Herald.

Although environmental concern is growing across the country, a recent Pew Research Center study found that the partisan gap on climate change has never been wider than in 2020, The New York Times reported.

Republican State Senator Judy Warnick will sit on Washington’s Climate Assemblies monitoring team. “It will be interesting for me — I haven’t been involved in a lot of climate discussion,” she told Crosscut. Warnick hopes to improve the air quality and forest health in her district.

Last year, Warnick’s district, alongside others in the Central and Eastern Washington region, experienced devastating wildfires.

“This is an unprecedented and heartbreaking event,” Washington’s Gov. Jay Inslee said about the wildfires that roared through the state in the spring and summer, The Seattle Times reported. “We’re living in a new world. This is not the old Washington.”

Although Washington’s Climate Assembly is the first in the U.S., a similar assembly took place in the UK.

At the beginning of last year, UK citizens were selected at random, asked to listen to experts and come up with a list of recommendations on how their country could reach net-zero emissions by 2050, CarbonBrief reported. Their consensus was published in a report where they listed changes to a range of sectors, from meat and dairy consumption to electricity generation.

“The first weekend changed me really. I thought, ‘Oh my God, [climate change] is really going to happen,'” Sue Peachey, one of the 108 people who took part in the UK assembly, told The Guardian. “It made me want to learn and to live my life greener.”

The report is a tool to push the UK toward net-zero emissions, CarbonBrief noted. But it could do more than recommend climate policy.

“The report shatters the illusion that ordinary people will not accept stronger climate policies and are incapable of making difficult decisions about our collective future,” Graham Smith, a politics professor at the University of Westminster, wrote for The Conversation.

Citizen assemblies on climate change could bring the public together to form agreements on an issue that has largely divided it. “It’s all about building relationships, listening to each other’s ideas,” Warnick told Crosscut. “That’s what has me the most optimistic.”