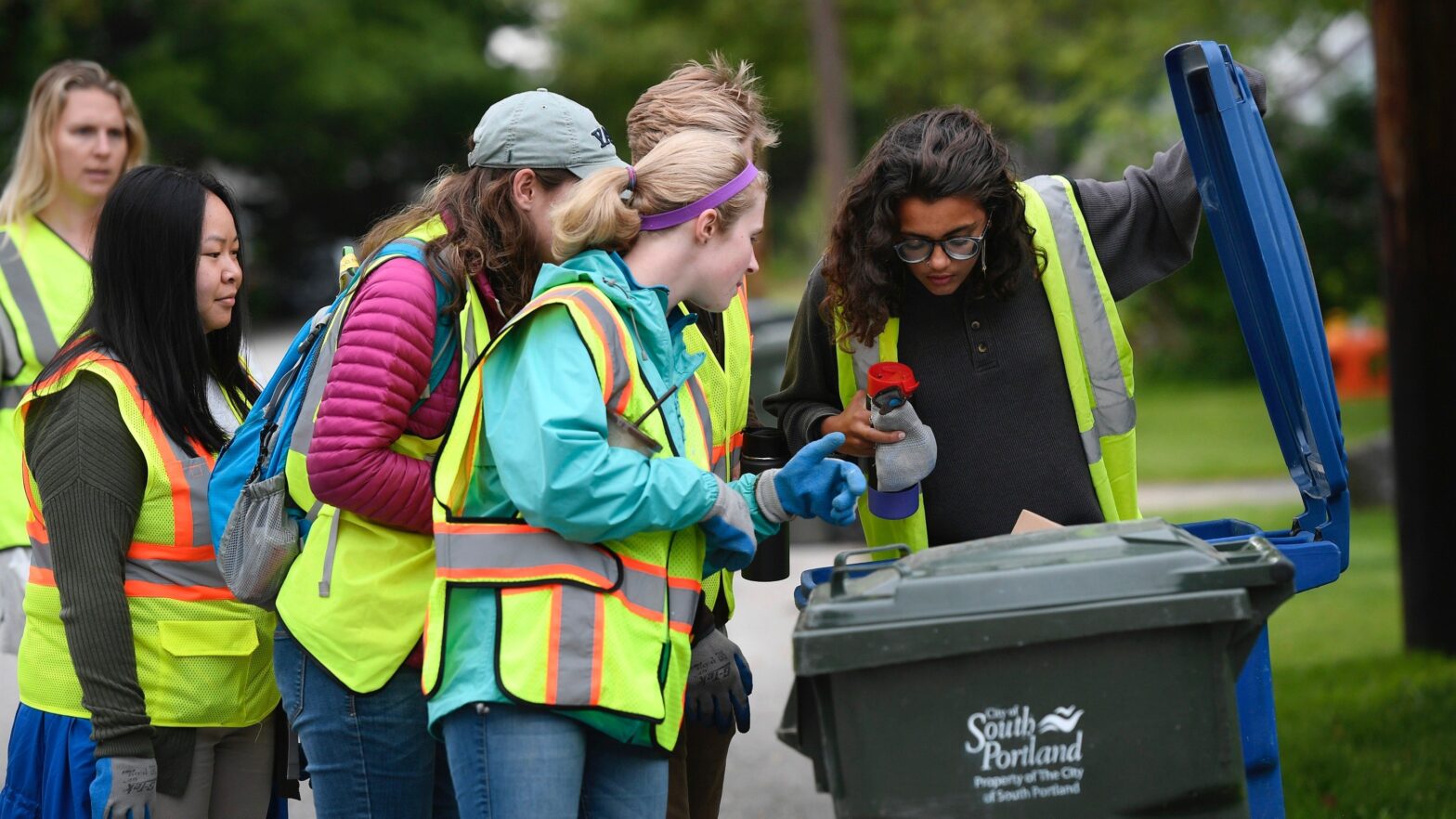 Just because that plastic item you rinsed out and placed in your blue bin says it is recyclable doesn’t mean it actually is.

A new Greenpeace report released Tuesday found many examples of companies putting misleading labels on products that could not actually be processed by most U.S. material recovery facilities (MRFs).

“Retailers and consumer goods companies across the country are frequently putting labels on their products that mislead the public and harm America’s recycling systems,” Greenpeace USA Oceans Campaign Director John Hocevar said in a press release. “Instead of getting serious about moving away from single-use plastic, corporations are hiding behind the pretense that their throwaway packaging is recyclable. We know now that this is untrue. The jig is up.”

Greenpeace surveyed the U.S.’s 367 MRFs and found that they can only really process two types of plastic:

These two plastic types are reliably recyclable because there is high demand for them and because U.S. facilities have the capacity to process them. But plastics labeled #3 to #7 cannot reliably be called recyclable, the report found.

“[O]ur findings show that many items commonly found in beach cleanups – cups, bags, trays, plates and cutlery – are not recyclable. In America’s municipal recycling system, they are contaminants,” Jan Dell, the founder of the Last Beach Cleanup and the leader of Greenpeace’s survey team, told The Guardian.

Yet despite this, Greenpeace found that several popular brands including Target, Nestlé, Danone, Walmart, Procter & Gamble, Clorox, Aldi, SC Johnson and Unilever had sold products with misleading labels. Greenpeace has asked the companies to correct their labelling. If they do not, the organization will file a complaint with the Federal Trade Commission (FTC).

Greenpeace’s results are in keeping with a Guardian report from last year that found that many U.S. plastics were being sent straight to landfills after China stopped accepting recycling exports in 2018.

“This survey confirms what many news reports have indicated since China restricted plastic waste imports two years ago — that recycling facilities across the country are not able to sort, sell, and reprocess much of the plastic that companies produce,” Dell said in the press release.

But the Sustainable Packaging Coalition, which represents companies that are working to improve their products, told The Guardian this might be changing.

“I think our industry is rebuilding and adding capacity and that’s a good thing,” coalition director Nina Goodrich told The Guardian. “We should be processing our material at home.”

Others argued the solution was to shift who pays for plastic recycling. This was the position of Kate Bailey, a manager at Boulder, Colorado’s Eco-Cycle Solutions who explained her argument to The Guardian:

“The silver lining is that we’re starting to have some conversations about who should be paying for recycling,” she said. “Turning to cities and residents to pay for recycling is not the way it should be going.”

“We [the recyclers] are the scapegoats, but we don’t control how products are made,” she said. “If manufacturers are going to make these products, they should be buying them back. They can be the ones closing the loop.”