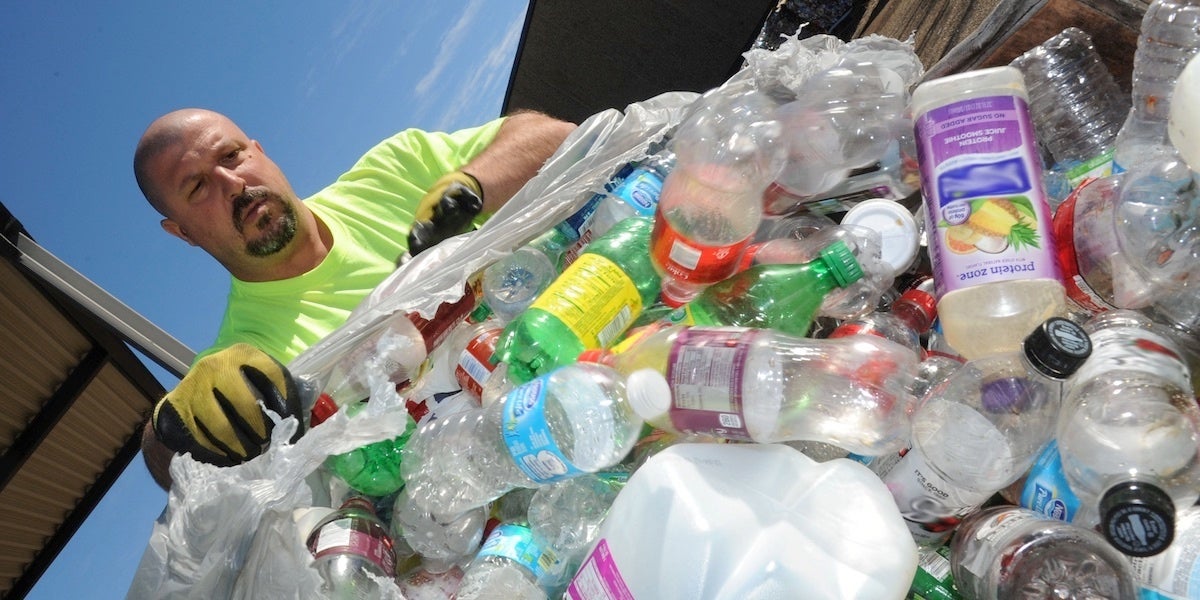 After China’s crackdown on foreign waste earlier this year, the United States has turned to poorer countries mostly in Southeast Asia to send its used plastics, according to a new report.

This research, authored by Greenpeace‘s investigative team Unearthed, is the first comprehensive analysis of where U.S. recyclers are sending its trash since China introduced the ban, which took effect on Jan. 1.

Citing data from the U.S. Census Bureau, the researchers found a year-on-year drop of 92 percent in the amount of plastic sent to China and Hong Kong. That corresponded to a dramatic increase of scraps being sent instead to Thailand (1,985 percent), Malaysia (273 percent) and Vietnam (46 percent).

“It is an embarrassment that the government of one of the most powerful countries in the world feels it must depend on others to take out our trash,” said Greenpeace Oceans campaign director John Hocevar in a press release emailed to EcoWatch. “This is a wake up call for corporations, and the governments that allow this practice, to stop producing packaging and products that no one is willing to properly dispose of. It makes no sense to keep making products that we use once and throw away out of material that lasts forever.” 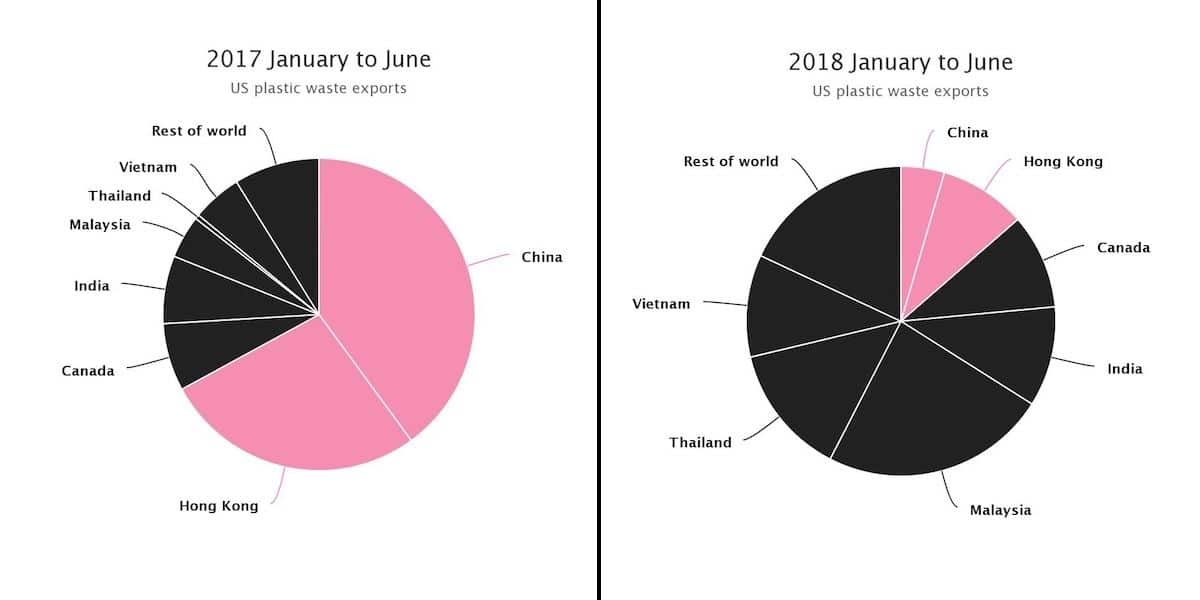 “In the first six months of this year, 81% of plastic waste exports from the US went to Asia, a 7% drop on 2017.”—UnearthedGreenpeace

Due to this massive influx of trash, the governments of Thailand, Malaysia and Vietnam have recently implemented their own policies to restrict the world’s waste.

Roughly 8 million tons of plastic is dumped into the world’s oceans every year, with the majority of this waste coming from Asian countries, a 2015 study found.

As China and Southeast Asian countries focus on their own pollution problems, exporting countries are

scrambling for solutions for their growing stockpiles of trash.

“With these Southeast Asian countries moving to impose import restrictions and plastic scrap piling up from California to Florida, the U.S. recycling industry is talking about a mounting crisis in the country,” the Unearthed report says.

The pile-up has resulted in various schemes, including recyclables being directly sent to landfills, as Unearthed wrote:

In towns and cities across the U.S., firms have been taking a variety of steps to deal with the backlog. Some have
suspended their recycling schemes, begun education campaigns or refused to accept certain types of plastic waste. Others have refused to pick up rubbish from outside houses, sent recycling to landfill or burned it.

By 2030, an estimated 111 million metric tons of single-use drink bottles, food containers and other plastic junk will be displaced around the globe due to China’s ban on other countries’ trash, according to a paper from University of Georgia researchers.

Environmentalists are calling on a significant reduction on the use and production of nonrecyclable materials.

“We know that our waste ends up in countries that lack the infrastructure to process foreign waste, or gets dumped in U.S. landfills,” Greenpeace plastics campaigner Kate Melges said in the press release. “As cities and states around the country increasingly suspend or reduce their recycling programs, it’s time to stop churning out so much plastic to begin with.”