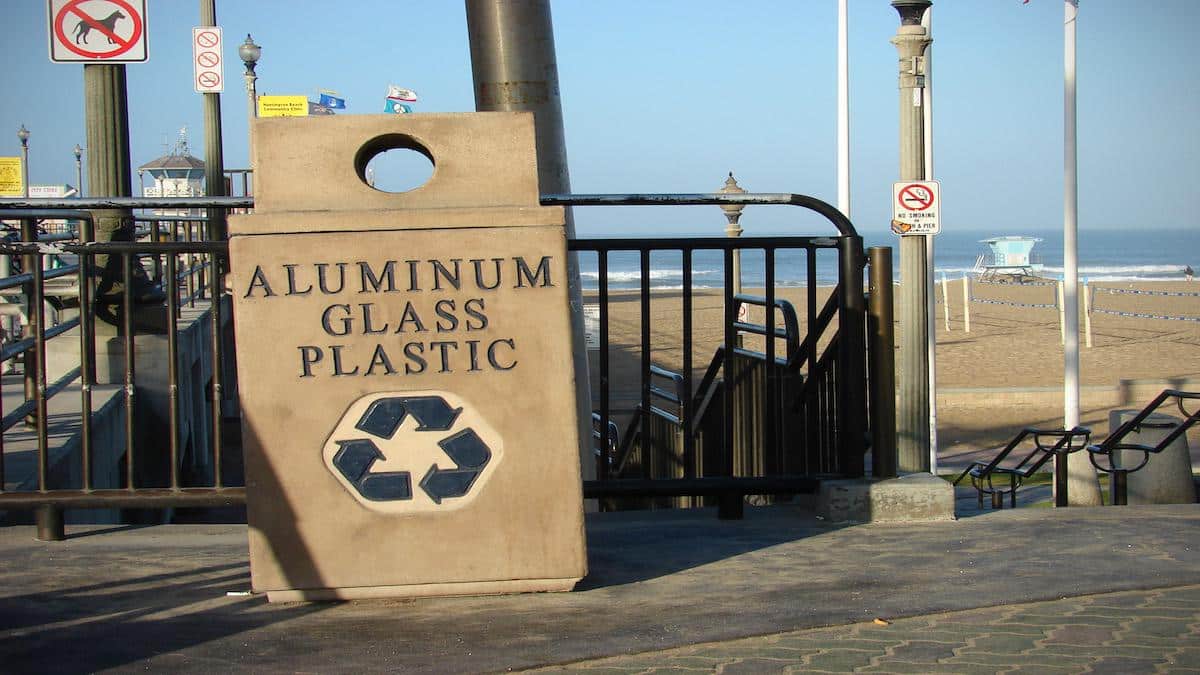 Earlier this month, California Gov. Gavin Newsom signed five sustainability bills into law. These are aimed at supporting a circular economy within the state and reducing plastic waste, reported Upstream.

Plastics — and how to deal with them once they’ve been used — are an issue of global concern. Too often, consumers and municipalities think that “recycling” will save us from our plastic addiction. The reality, however, is that recycling in the U.S. is broken.

Upstream originally compiled the list of five bills and voiced their support. Policy director Miriam Gordon told EcoWatch, “Single-use plastics are really bad for the environment and our health and throughout their lifecycle — from extraction of oil and gas to manufacturing and disposal, they harm communities that live on the fenceline of these industrial operations.”

The reuse expert noted that the “typical response” is to ban single-use plastic and explained how that approach can increase the use of “regrettable substitutes” like single-use aluminum, paperboard, or fiberware. These replacement single-use options can often have even higher impacts on the environment than the plastics they replaced and can also be more costly for businesses, she noted.

Instead, Gordon and Upstream are advocating for policies that encourage “upstream” solutions in products and packaging to reduce waste production in the first place. They applaud California’s lead and the progressive legislation below:

1. SB 143 calls for “Truth in Labeling” for plastics and packaging.

This bill tackles one of the biggest confusions in the industry. Traditionally, many products that are not recyclable were still labeled with the “chasing arrows” symbol we’ve all come to know and recognize as meaning “recyclable.” This has led to widespread confusion about and misunderstanding of the recycling system. Many non-recyclables with symbols are thrown into U.S. single-stream recycling, contaminating the entire batch and rendering it only fit for the landfill. Now, in California, those will no longer be allowed to use the recycling symbol.

2. AB 881 measures how much plastic actually gets recycled.

This bill requires anything labeled as “compostable” to break down in real-life composting conditions, bans toxic PFAS (“forever chemicals”) and requires manufacturers to ensure their chemicals don’t contaminate organic produce. These policies could greatly help protect vital pollinators such as bees.

4. AB 962 makes it easier for brewers and other beverage producers to create recyclable glass bottle systems.

This reduces the need for single-use beverage containers. It is “perhaps the most exciting (of the bills) because it’s the first-ever effort to bring refillable beverage bottles into a state bottle deposit law,” Gordon said.

“[B]y requiring restaurants to ASK FIRST before giving us utensils, napkins, straws, and condiment packets we don’t want or need, it stops the creation of instant waste,” Gordon explained.

Overall, Upstream advocates for reusable and refillable ways of delivering products as an environmental and financial win for businesses. Nevertheless, Gordon added, “The most problematic idea is that we can recycle or compost our way out of the problem — more specifically that we can manage the waste properly once it’s created… What we need to do is tackle the ever-growing amount of waste being generated in the first place — that is, turn off the tap. Transition from single-use to reusable as much as possible and reduce the unnecessary stuff.”

Tiffany Duong is a writer, explorer and motivational speaker. She holds degrees from UCLA and the University of Pennsylvania Carey Law School. As a contributing reporter at EcoWatch, she gives voice to what’s happening in the natural world. Her mission is to inspire meaningful action and lasting change. Follow her on Twitter/Instagram @tiffmakeswaves.