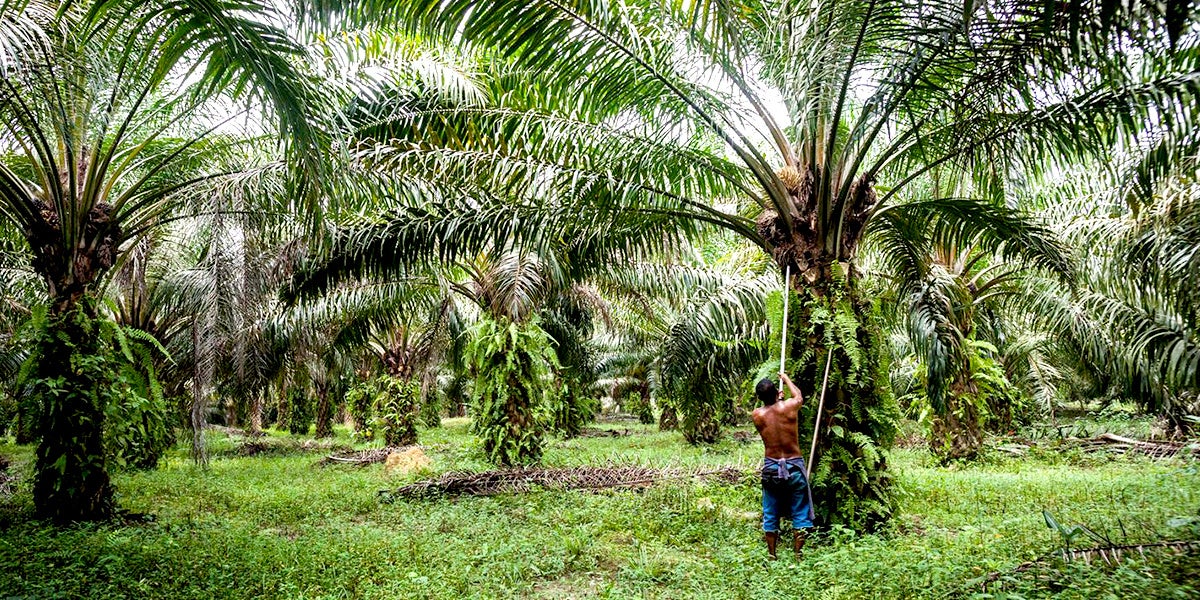 The UK supermarket Iceland has announced it will remove palm oil from all its own brand products by the end of the year due to the belief there is no such thing as “sustainable” palm oil.

Increasing demand for palm oil is still having devastating effects on wildlife, habitats and people where it is grown, and sustainable palm oil schemes are failing to mitigate these impacts.

While other UK supermarket chains, including Tesco, Sainsbury’s, Morrisons and Waitrose, have pledged to only source sustainable palm oil certified by the Roundtable on Sustainable Palm Oil (RSPO) in their own brand products, Iceland has gone one step further by totally removing it. It states that it cannot guarantee palm oil is not causing rainforest destruction and believes that there is no such thing as “sustainable” palm oil. Earlier this year, researchers documented that 100,000 orangutans have been in lost in 16 years, partly due to land conversion to oil palm plantations.

There has been increasing criticism of sustainable palm oil certification schemes, such as the RSPO and Indonesian Sustainable Palm Oil (ISPO). In February, we reported on how the Indonesian government has not taken the opportunity to fully strengthen the ISPO, meaning that the ISPO in its current new draft form will not further limit deforestation nor work toward enhancing and supporting human rights.

We have been instrumental in revealing critical failures in the RSPO that undermine its credibility, and has continued to call for serious reforms to the RSPO to ensure it conserves critical habitats, endangered species and the rights of indigenous peoples.

This announcement by Iceland recognizes that certified sustainable palm oil is not delivering and cannot be said to be deforestation-free. It highlights that a more regulatory approach may be needed, like due diligence regulations requiring importers to avoid palm oil produced through deforestation. The European Commission recently outlined that such measures were feasible and it is anticipated that it will take action to combat deforestation more.

However, until sustainable palm oil schemes improve their standards and credibility, it seems they may not be able to reassure retailers that “sustainable” palm oil does not cause forest destruction.