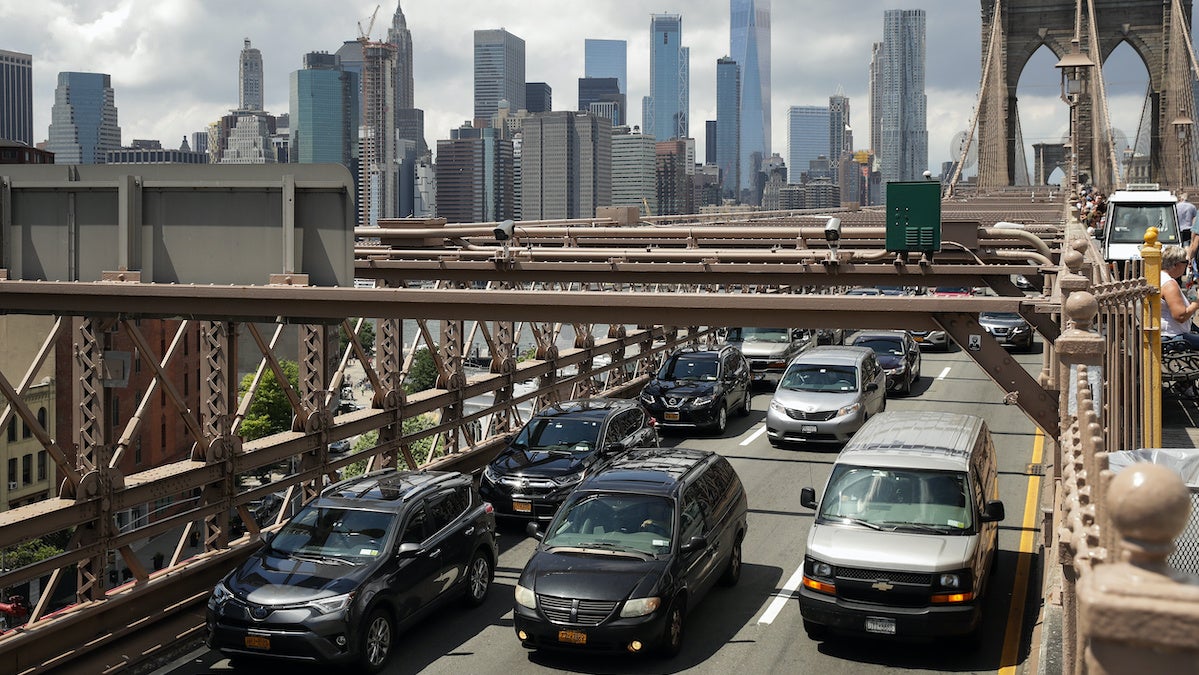 The Trump administration is expected to unveil its final replacement of Obama-era fuel-efficiency standards for cars and light trucks Tuesday in a move likely to pump nearly a billion more tons of carbon dioxide into the atmosphere over the lifetime of those less-efficient vehicles.

The Obama-era policy was the first federal policy aimed at combating the climate crisis by reducing emissions, and is the federal policy that would have been the most effective, since transportation is the nation’s leading source of carbon pollution, The New York Times pointed out. It would also have had the added benefit of reducing air pollution at a time when the country is battling the spread of the new coronavirus, which can cause pneumonia.

“[Even] given the catastrophe they’re in with the coronavirus, they’re pursuing a policy that’s going to hurt public health and kill people,” former U.S. Environmental Protection Agency (EPA) senior official over emissions and mileage standards Chet France said in an Associated Press story published by The Washington Post. “This is [the] first time that an administration has pursued a policy that will net negative benefit for society and reduce fuel savings.”

The move furthers the Trump administration’s efforts to reduce regulations designed to fight the climate crisis, such as withdrawing from the Paris agreement and weakening rules for coal fired plants.

“In the march of rollbacks of climate rules, this is the biggest step,” David Victor, director of the Laboratory on International Law and Regulation at the University of California, San Diego, told The New York Times.

The administration originally wanted to cap fuel efficiency standards at 2020 levels, but feared such a move would not be possible to defend in court, The Los Angeles Times reported. Instead, the policy is expected to require fuel efficiency increases of 1.5 percent a year, ending with a 40 mile-per-gallon average by 2026. That’s still well below the Obama-era mandate of a 5 percent efficiency increase every year, leading to an average of 54 miles per gallon by 2025.

President Donald Trump is expected to defend the rule as a boost to an economy crippled by the coronavirus pandemic, according to The New York Times.

“When finalized, the rule will benefit our economy, will improve the U.S. fleet’s fuel economy, will make vehicles more affordable, and will save lives by increasing the safety of new vehicles,” EPA spokeswoman Corry Schiermeyer told The Associated Press Monday.

However, internally, the move’s economic advantages has been harder to prove. A draft sent to the White House in January found that, while the rule would lower the price of new cars by around ,000, it would increase the amount of money Americans spent on gas by around ,400, according to The New York Times.

Over the weekend, there was a push to justify the rule based on the amount the auto industry would save by not being forced to produce and sell fuel-efficient vehicles less popular with American consumers, two people familiar with the situation told The New York Times.

However, administration forecasts also show that the auto industry could lose jobs by building cars less efficient than the requirements in China and the EU, according to The Los Angeles Times.

“From everything we know, the administration has been absolutely flailing in their justification of this new rule,” senior vehicles analyst for the Union of Concerned Scientists David Cooke told The Los Angeles Times. “And they still can’t fudge the numbers enough to make it look like a good idea.”

Despite these difficulties, the administration is under pressure to announce a rule this week for two reasons:

However, Delaware Sen. Tom Carper, the senior Democrat on the Senate Environmental and Public Works Committee, criticized the administration for rushing out the new rules: “[It’s] the height of irresponsibility for this administration to finalize a rollback that will lead to dirtier air while our country is working around the clock to respond to a respiratory pandemic whose effects may be exacerbated by air pollution,” Carper told The Associated Press. “We should be enacting forward-looking environmental policy, not tying our country’s future to the dirty vehicles of the past.

The future of the new regulations is already in doubt. Around 20 states are expected to sue to stop them, which means their fate will likely be decided by the Supreme Court, according to The New York Times.