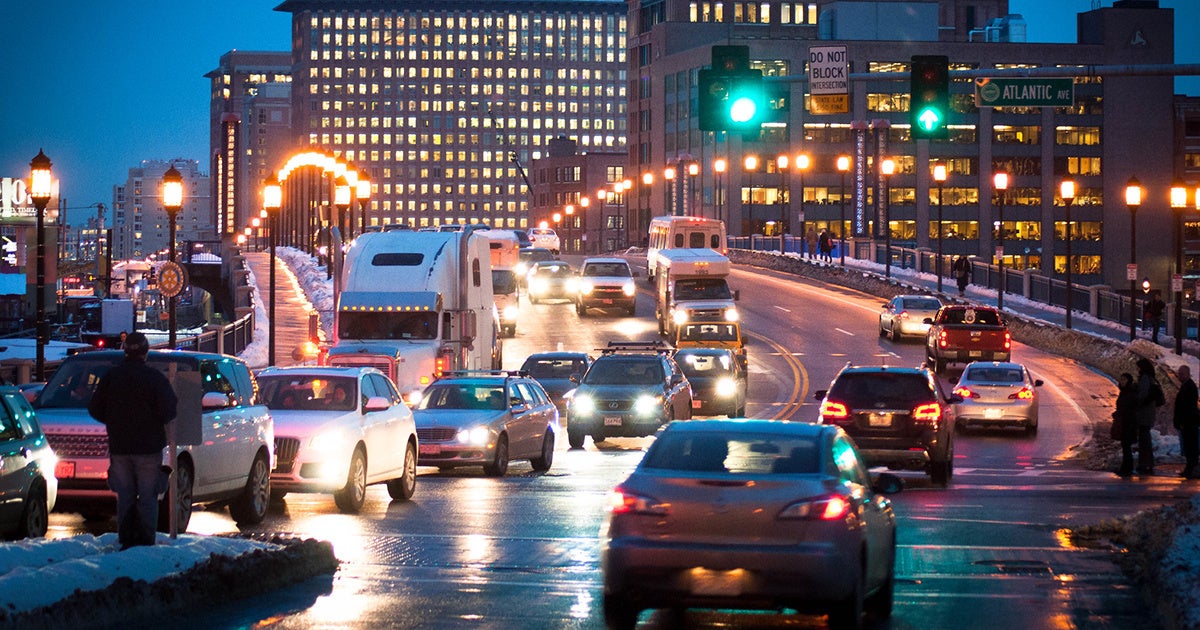 A new analysis from the nonprofit advocacy group Consumer Reports warns that American drivers could lose about $460 billion dollars in fuel savings if the Trump administration implements its proposal to gut federal fuel economy and greenhouse gas emissions standards for passenger cars and light-duty trucks.

Described by critics as “a disastrous wreck for consumers and the planet,” the so-called Safer Affordable Fuel Efficient (SAFE) Vehicles Rule would freeze federal fuel efficiency standards for automakers at 2020 levels. As Common Dreams reported last week, “the Trump administration’s new proposal would also revoke the power of states — most prominently California — to establish their own more stringent fuel efficiency rules.”

The Consumer Reports study out Wednesday, Bloomberg noted, “undermines the administration’s chief talking points in favor of the move.”

“The facts don’t back this rule’s Orwellian name,” David Friedman, vice president of advocacy at Consumer Reports, said in a statement. “The evidence shows that lowering fuel economy and emissions standards won’t do anything to improve traffic safety, but it will leave Americans stuck with the bill.”

“Instead of making a data-driven decision, the agencies instead seem to have been given a predetermined outcome and tried to make the numbers back it,” said Friedman. “They don’t.”

The Consumer Reports study — titled The Un-SAFE Rule: How a Fuel Economy Rollback Costs Americans Billions in Fuel Savings and Does Not Improve Safety — concludes that the administration’s rollback would have sweeping negative consequences.

The group outlines those consequences in a summary for policymakers, detailing how the plan “would result in significant setbacks compared to the current standard in three major categories: (1) increased overall oil consumption and fuel costs for consumers, (2) higher vehicle ownership costs (net present value) for consumers, especially SUV and pickup truck owners, and (3) lower auto sales for automakers and dealers. Further, a rollback could harm, but certainly would not improve, highway safety, contrary to the misleading ‘SAFE Rule’ title used for the proposal.”

A chart from the summary document details the anticipated impacts of four rollback scenarios as well as a plan to strengthen fuel economy standards: 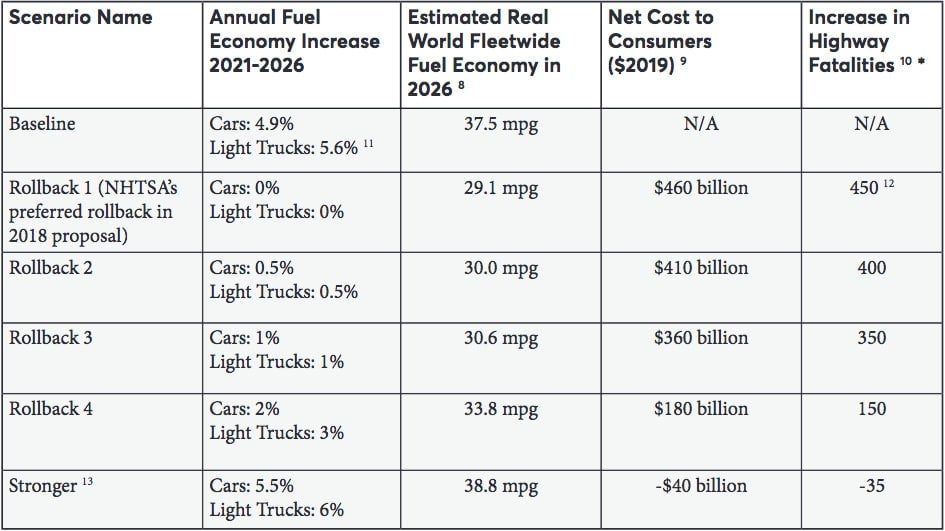 “The last thing the federal government should be doing is burdening consumers with more costs, while thwarting progress in the development of cleaner cars,” she said.

In terms of the planetary impact, the group’s researchers found that “the rollback would increase oil consumption by 320 billion gallons, the equivalent to 20 percent of the country’s proven oil reserves,” and “increase greenhouse gas emissions by nearly three gigatonnes of CO2, equivalent to almost two years of current emissions from the entire transportation sector.”

Under existing federal vehicle standards, consumers are set to save 0 billion — but 0 billion of that savings would be lost over the lifetime of the vehicles if the Trump rollback goes though, according to Consumer Reports. About half of the costs would impact used vehicle buyers and more than 70 percent would fall on light truck drivers. 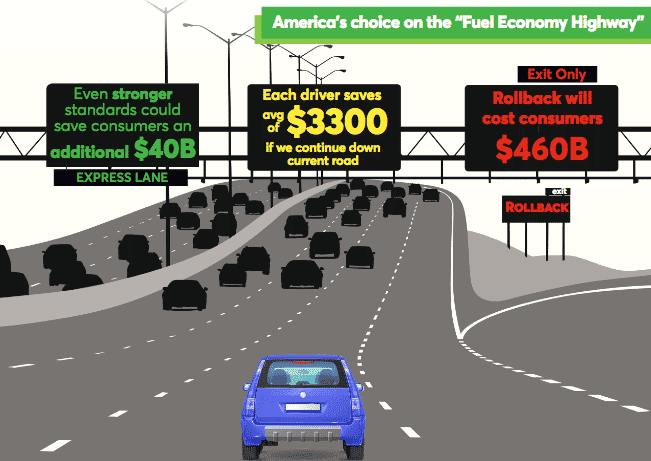 The summary document further warns that “weakening fuel-economy standards does not improve highway safety and may in fact slightly diminish it,” though it acknowledges the projected increase in fatalities is statistically small in terms of annual figures and the rollback’s impact on safety “is likely to be difficult to discern from other, more significant factors.”

Additionally, Consumer Reports found that the auto industry would be harmed by the rollback, seeing a decrease in sales by more than two million vehicles between model years 2021 and 2035.

Outlining how the industry has responded to the Trump administration’s recent moves, Bloomberg reported:

Carmakers have pleaded with administration officials to restart negotiations with California over the standards, arguing the changes could lead to years of uncertainty and a split market, with federal mileage requirements governing most states and California-backed rules applying in states that account for more than a third of U.S. auto sales.
Four major automakers last month said they had reached a compromise with California to voluntarily boost fuel efficiency, a move seen aimed at pressuring the administration to shift course.

Another analysis on the Trump administration’s proposed rollback, released Wednesday by the environmental policy group Energy Innovation, found that the plan “would damage the U.S.economy, costing up to 0 billion (real 2018 U.S. dollars, discounted at three percent annually) through 2050 and increasing transportation emissions by up to 10 percent in the year of maximum impact.”

With the administration’s proposal, the Energy Innovation report concluded, “the only winners are the oil companies, who stand to sell more gasoline at the expense of American consumers, manufacturers, and the environment.”