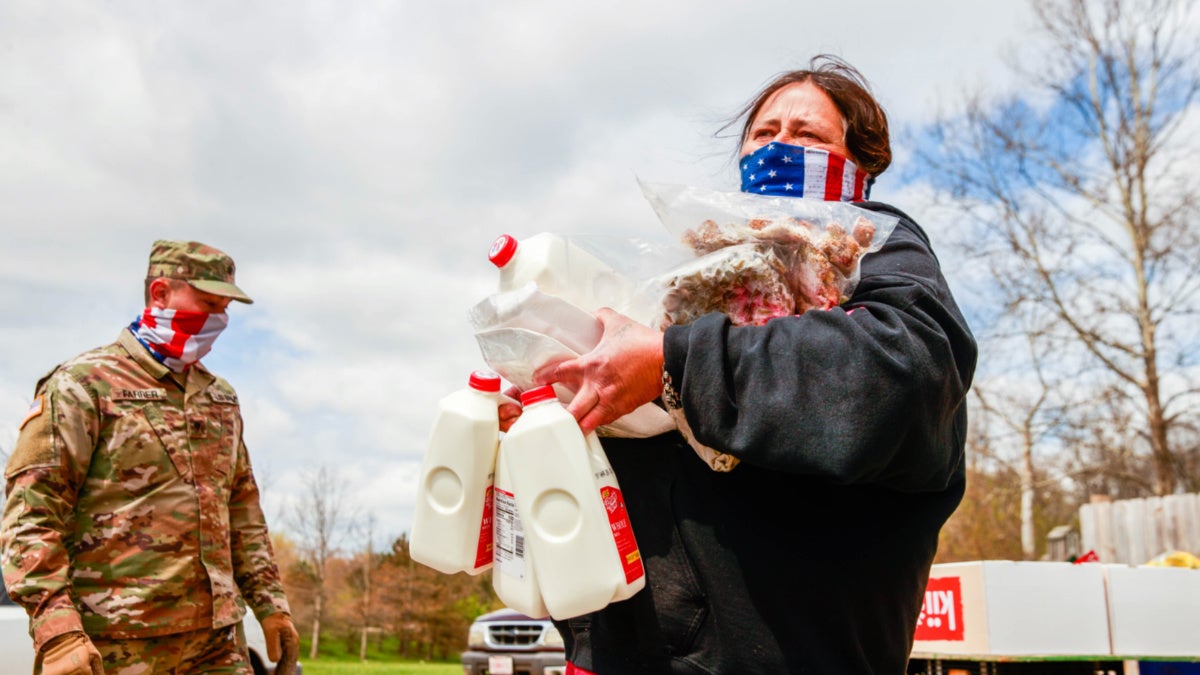 With hunger rising at an alarming rate across the U.S.—particularly among children—as the coronavirus crisis sends unemployment to levels not seen since the Great Depression, the Trump administration this week resumed its effort to strip nutrition benefits from more than a million people by appealing a court ruling that blocked the Agriculture Department from imposing more punitive work requirements.

After briefly backing off its push to implement the rule change last month, the USDA on Tuesday filed court documents appealing Judge Beryl Howell’s stay of the administration’s long-sought policy, which would limit states’ ability to waive work requirements for the Supplemental Nutrition Assistance Program (SNAP).

While the Families First Coronavirus Response Act, which President Donald Trump signed into law in March, suspended SNAP work requirements for the duration of the public health emergency, analysts have warned that the economic crisis and the need for nutrition assistance will persist long after Covid-19 is effectively contained.

Rep. Marcia Fudge (D-Ohio) ripped the USDA’s appeal in a statement late Wednesday, saying that if Agriculture Secretary Sonny Perdue and other Trump administration officials “had any decency or compassion, they would abandon this appeal immediately.”

“Secretary Perdue and his officials at USDA continue to show their true colors when it comes to our nation’s hungry,” said Fudge. “The nation’s unemployment percentage has seen its worst spike since the Great Depression. Jobless claims are up over 30 million. The lines at food banks have never been longer. And by any reputable account the worst is yet to come.

“The administration has decided that now—amid the most pervasive need in a century—is a great time to crack down on Americans who rely on food stamps to keep their families from going hungry,” Fudge added.

Dems need to run campaign ads on this monstrous cruelty.@RepMarciaFudge has some text to start with:https://t.co/6QEDegqOg3

By the Agriculture Department’s own estimates, the rule change—which was finalized in December despite the flood of public comments opposing the policy—could strip nutrition assistance from around 700,000 people. Analysts say the actual number would likely be more than a million.

Throughout the pandemic, the Trump administration and Republican members of Congress have blocked Democratic efforts to expand SNAP benefits to meet the needs of struggling families. According to research published last week by the Hamilton Project, one in three households in the U.S. are food insecure amid the coronavirus crisis.

“These are households cutting back on portion sizes, having kids skip meals,” said researcher Lauren Bauer. “The numbers are much higher than I expected.”