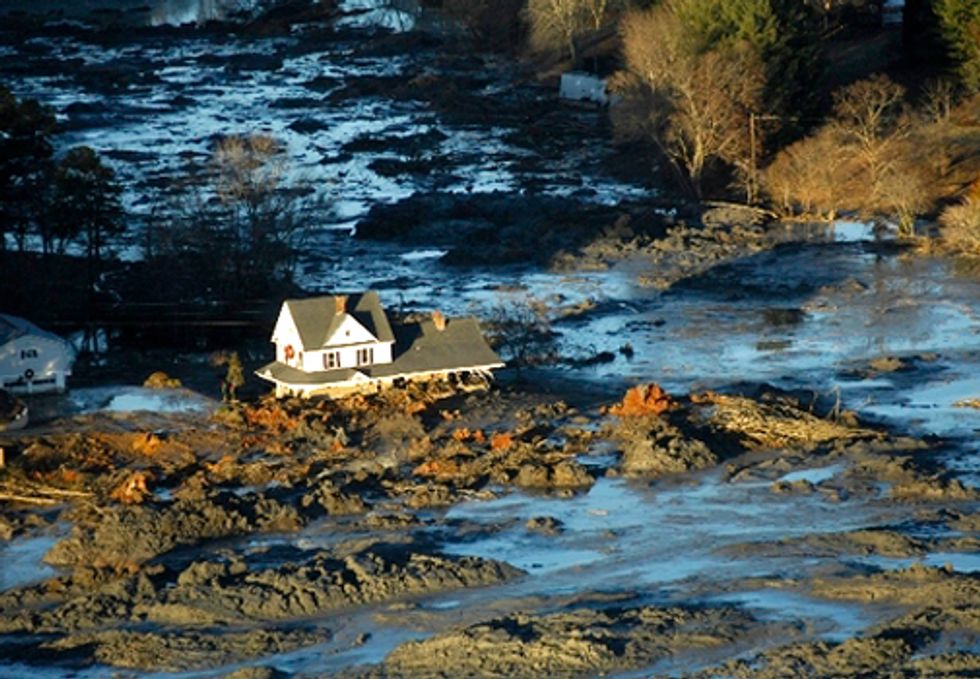 [Editor's note: I had the chance to catch up with Donna Lisenby, the Watauga Riverkeeper, to get her reaction on the deal the U.S. Environmental Protection Agency has made with the Tennessee Valley Authority. Lisenby states, "More than 5.4 million cubic yards is enough coal ash to fill a football field almost 94 feet high from end zone to end zone. Coal ash contains arsenic, lead, chromium and many other toxic pollutants. Leaving that enormous amount of ash in the Emory River to combine with all the other legacy pollutants just increases the total pollutant load. It creates a more polluted environment for decades to come. Waterkeeper Alliance is disappointed that TVA abandoned their 2008 promise to clean up and remove all the ash from the Emory, Clinch and Tennessee Rivers. Their broken promise and abject failure to properly clean up their toxic waste is one of many reasons the U.S. Environmental Protection Agency needs to stop delaying action and enact proposed regulations that finally regulate coal ash a hazardous waste. Those regulations will phase out ash waste pits like the one at Kingston that are prone to failure, removing a clear and present danger to our waterways."]

Watch this video to get a sense of the magnitude of the coal ash spill when 5.4 million cubic yards of toxic coal ash sludge broke through a dike at TVA's Kingston coal-fired plant on Dec. 22, 2008. The spill covered more than 400 acres of land with toxic ash as high as six feet deep.

Four years after a coal processing plant operated by the Tennessee Valley Authority (TVA) accidentally released tons of toxic coal ash into waterways in Kingston, the cleanup has finally come to an end.

But just because cleanup efforts have ceased, that does not mean that the pollution problem is gone.

In fact, quite the opposite is true. The U.S. Environmental Protection Agency (EPA) has reached a deal with the TVA to allow the company to stop their cleanup efforts and allow “natural river processes” to dispose of the remaining toxic sludge.

Reports say that as much as 500,000 cubic yards of coal ash sludge remain in the Emory River, a result of the 2008 dam rupture that released the coal ash from the processing plant. According to the U.S. EPA and TVA, it's perfectly fine to allow those contaminants to remain in the river. As the EPA puts it, dredging up the remaining coal ash would actually release even more pollutants into the water—including contaminants left over from previous industrial accidents and Department of Energy projects.

To put it more succinctly:  The “leave it lie” mindset occurred in the past, making it impossible to clean up current spills without disturbing previous contaminants that weren’t cleaned. Pollution will now be left piled on top of other pollution, and so on and so on.

To make matters even worse, the industry and the U.S. EPA managed to convince residents of Kingston and Roane County that this is the best solution at a town hall meeting on the subject Thursday night.

On Dec. 22, 2008, 5.4 million cubic yards of toxic coal ash sludge broke through a dike at TVA’s Kingston coal-fired plant. The sludge traveled across the Emory River and its Swan Pond embayment, on to the opposite shore, covering up to 300 acres of the surrounding land, damaging homes and flowing up and down streams in nearby waterways such as the Emory River and Clinch River, tributaries of the Tennessee River.

The residents have lost the battle, and the TVA emerged as the clear winner in their own disaster. Had the U.S. EPA forced TVA to clean up the entire spill, the company would have paid nearly $180 million for the efforts. Instead, they get to “monitor” the natural river processes for the next few decades, at an estimated cost of $10 million. That’s a savings for the TVA of more than 90 percent.

While the blame for the actual spill rests upon the shoulders of the TVA, the U.S. EPA has put itself in a position now where they can share a part of the blame for the faltering clean up efforts. Over the last few years, the U.S. EPA has been reluctant to issue any form of ruling on the toxicity of coal ash, instead opting to hold town hall meetings to get input from U.S. citizens that have been hit with a barrage of misinformation from the dirty energy industry on coal ash.

The dangers of coal ash are well documented. And the decision to allow this sludge to remain in the Emory River, which is the result of poor decision-making during past environmental catastrophes, shows why it is of utmost importance to prevent future spills. The next time this happens, and under current circumstances that is incredibly likely, it will just be adding more pollutants to the mix, and they’ll sit in the river and wait for the next spill to add to the pile.