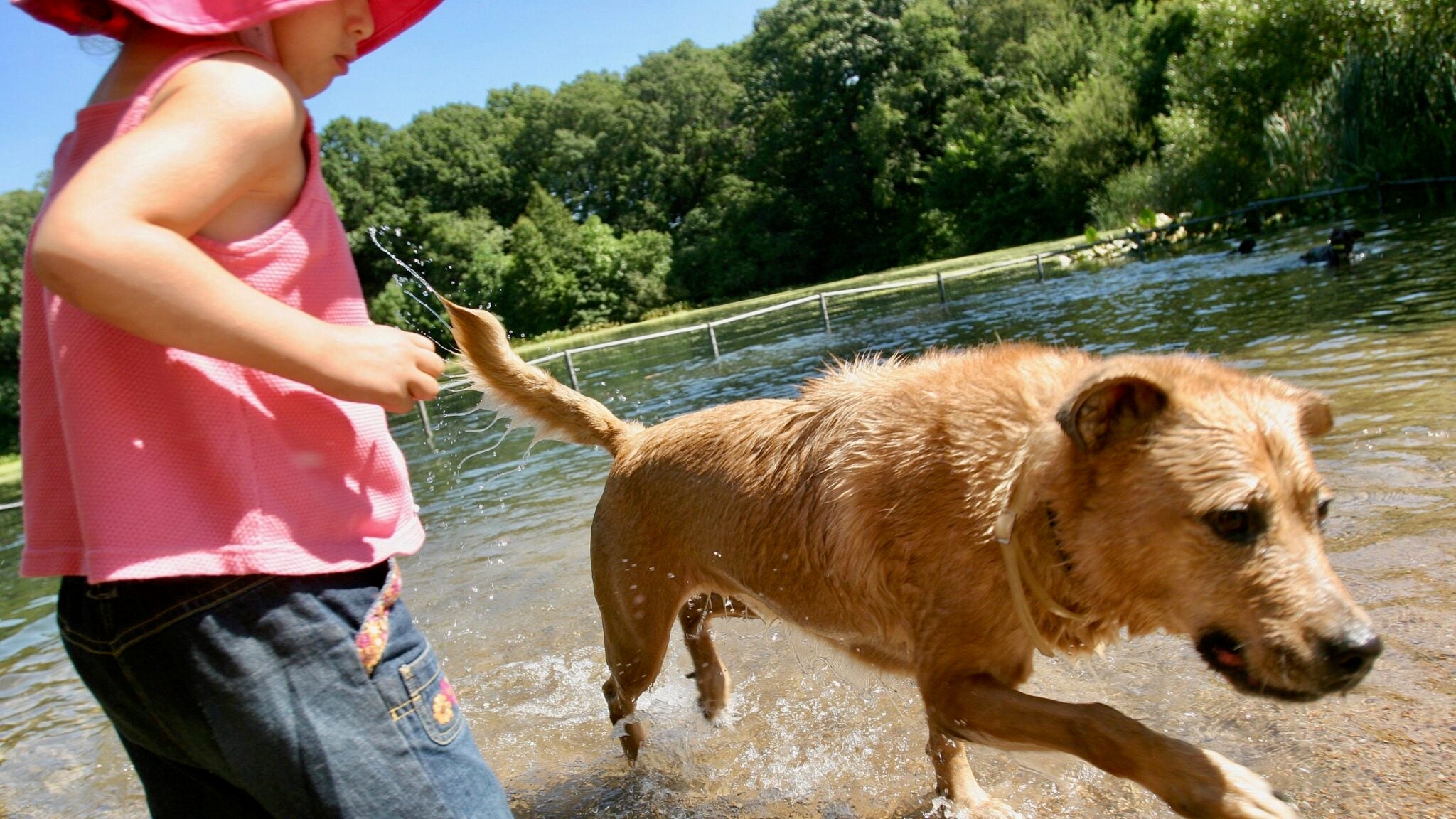 The toxic algae blooms that have killed dogs in Texas, North Carolina and Georgia have been detected in three New York City parks. Parents and pet owners are being warned to keep their kids and dogs away from the infected water, which can be fatal when dogs lap it up, swallow it while swimming, or lick it off their own fur, as the New York Times reported.

Two of the city’s most popular parks, Central Park and Prospect Park in Brooklyn have water coated in an algae bloom laced in the harmful and sometimes deadly cyanobacteria, as the New York Post reported.

The blooms are not technically algae, but cyanobacteria — aquatic and photosynthetic bacteria

“When enjoying fresh water features in city parks, it is important to try to avoid contact with any algae and keep pets on leashes and do not allow them to enter or drink from lakes and ponds unless in areas specifically designated for such activities,” a spokeswoman with NYC Parks said in a statement sent to Fox News.

Urban areas are particularly susceptible since a variety of nutrients found on nearby roads, sidewalks and sewage pipes, pour into the lakes and ponds. Plus, the waters are shallow, which allows nutrients to mix easily, according to the New York Times.

The New York State Department of Environmental Conservation website publishes a map of locations where a harmful algal bloom (HAB) has been detected. However, it warns that the map may be incomplete as HABs often develop and spread quickly, particularly in August and September. “HABs may be present in all or parts of a waterbody. Avoid recreating in discolored water, or water that has visible scums,” the website warns.

Cyanobacteria releases toxins that can cause skin rashes, gastrointestinal distress and neurological problems. The toxins can also trigger liver damage and respiratory paralysis in animals, as the New York Times reported.

The New York Post tracked down dog walkers near the algae-covered Harlem Meer.

“That water is horrible –there is a ton of junk inside there plus the algae,” said Eric Quick, 30, as he walked his two dogs.

“There are a bunch of fish and turtles that die on a regular basis, so you don’t know what’s in there. You see a lot of floating turtles. It’s pretty awful,” said Sunday Humphrey, 53, who doesn’t allow her pitbull-rottweiler mix near the water.

The Parks Department has put up yellow signs near the Harlem Meer and in Prospect Park warning park goers about the Harmful Algal Bloom, saying not to fish in the water, not to drink the water, not to let animals or children near the water, and to rinse any skin exposed to the cyanobacteria.

“I just had my dog on a walk right near the water,” said Marcin Nasuro, 24, who was with his poodle in Prospect Park, as the New York Times reported. “I wouldn’t come near the lake if I knew it was toxic. A dog’s like a kid. It’s like a part of your family.”

This year toxic algae blooms have decimated businesses near popular summer spots. Every beach in Mississippi was closed earlier this summer and New Jersey’s largest and most popular lake has been closed since June because of toxic algae, as Ecowatch reported.

Scientists attribute the spike in HABs to the climate crisis, which has increased the intensity of rainstorms.

“There is a relationship between a changing climate and increased intensity of storms,” said Marit Larson, the chief of natural resources in New York City’s Department of Parks and Recreation, to the New York Times.

Dogs Are Dying From Toxic Algae in Lakes and Ponds #ClimateFacts via @EcoWatch https://t.co/bNHYqPJ9Yj