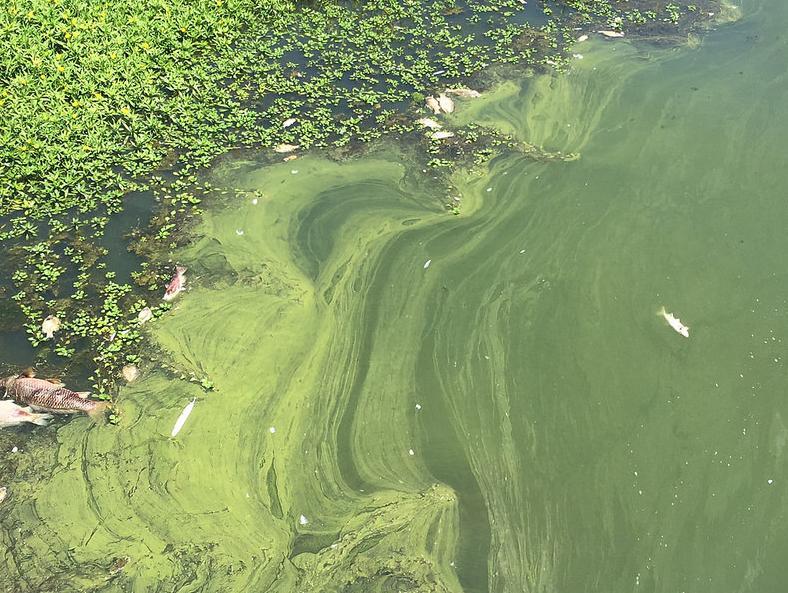 Toxic algal blooms aren’t just a problem in Florida. They’ve popped up in more than 20 states, with ongoing blooms choking waterways and aquatic life from California to the Chesapeake Bay. 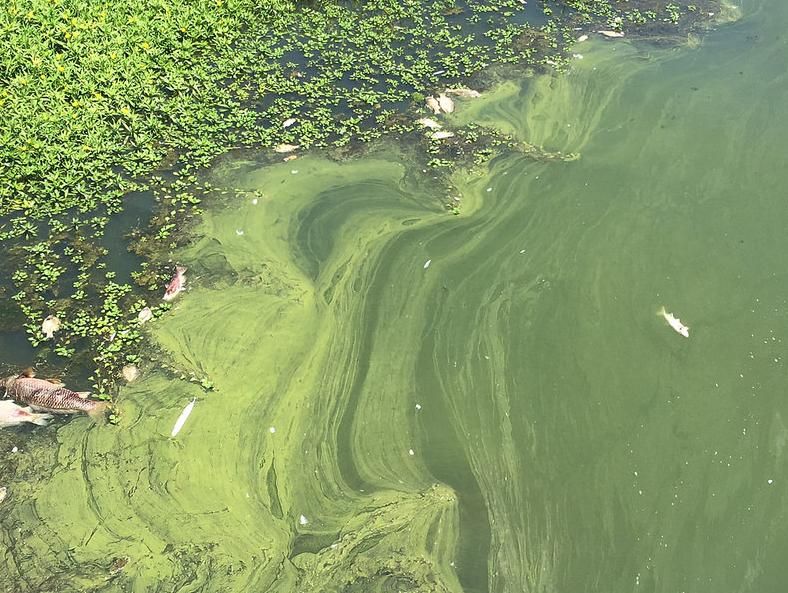 The
Associated Press reported that algal blooms have been detected in more than 40 of the California’s bodies of water—the highest number in state history. The blue-green cyanobacterium’s growth has been fueled by
record-breaking heat and a historic drought.

“Warm temperatures, increased nutrients, and low water flows aggravated by
drought conditions and climate change are favoring toxin-producing cyanobacteria and algae; and a number of lakes, reservoirs and river systems are suffering blooms as a result,” the California State Water Resources Control Board
announced last month.

As the
Sacrameto Bee described, this green muck has been spotted across the Golden State:

“Since July, officials have issued notices about
potentially toxic blue-green algae in the Klamath River near the Oregon border; along an arm of the state’s largest reservoir, Shasta Lake; and at Pyramid Lake in Los Angeles County. They’ve attributed the deaths of thousands of fish along a section of Clear Lake to toxic blooms. Blue-green algae also has formed in parts of the Sacramento-San Joaquin Delta, prompting health warnings about green, malodorous water in Discovery Bay and Stockton.”

Beverley Anderson-Abbs, an environmental scientist with the State Water Board, told
AccuWeather that blooms are usually seasonal, “However, these seasons have been getting longer over the past few years as winters have been relatively warm and water, especially in smaller lakes, has been warming earlier in the year and staying warm later.”

“It is very possible that this could get worse in the future as temperatures continue to increase and the possibility of future droughts along with that,” Anderson-Ebbs said.

Harmful algal blooms can produce toxins that can cause serious illness in people. Wade Hensley, a resident of Discovery Bay, California was hospitalized after microcystin poisoning, a byproduct of algae. According to NPR, his body went numb from the waist down.

The California Department of Public Health states that algae exposure can cause rashes, skin and eye irritation, allergic reactions and other health effects but at high levels, “exposure can result in serious illness or death.”

Over on the East Coast, the Chesapeake Bay and waterways beyond are seeing bigger and longer lasting algal blooms. The Daily Press reported that a strain of algae called Alexandrium monilatum has spread from Virginia Beach to the James, York and Rappahannock rivers to the Eastern Shore—even as far north as the Potomac River.

The report states that this year’s bloom is still going strong even though it usually disappears by early to mid-September. Researchers are now trying to understand if Alexandrium has an impact on marine life. Currently, it does not appear to be harmful to humans.

“So the guidance is you should probably avoid it,” Virginia Department of Health’s marine science supervisor Todd Egerton told the Daily Press. “But, for the most part, people haven’t reported any issues with it.”

A number of other drivers can spur algae growth, from warming water to excess nitrogen and phosphorus runoff. Algal blooms have been known to strip oxygen from the water, creating a “dead zone” that threatens fish and other marine life.