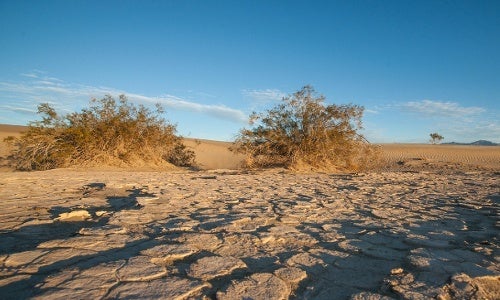 California is entering its fourth year of drought, with high temperatures, water shortages and increased wildfires. The state has taken some steps to address the impacts of that, including addressing greenhouse gas emissions and rationing its diminishing water supply. But there are signs that the impacts of drought on the state could get even worse. 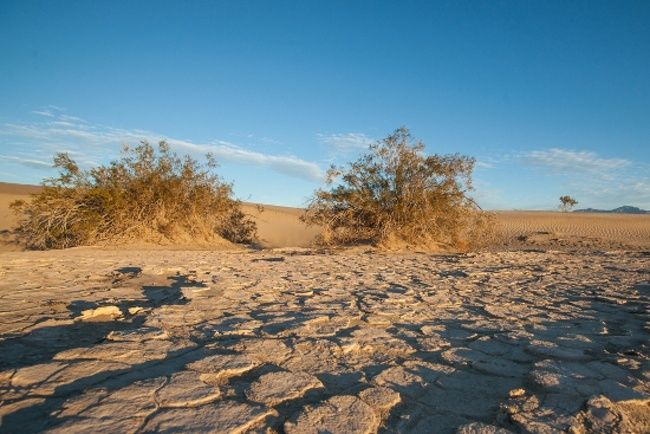 California’s drought could get much worse if climate change isn’t addressed..

1. A new study shows that if greenhouse gas emissions continue to rise at current rates, some parts of Los Angeles area could be experiencing temperatures over 95 degrees for periods as long as two to three months by the end of the century, up from about 12 days now. Researchers at UCLA’s Department of Atmospheric and Oceanic Sciences found that downtown Los Angeles could see many many as 54 such days, up from an average of four, while desert areas could see many more. And in the surrounding mountainous areas, days with temperatures below freezing could be cut in half.

2. Fewer freezing days in mountainous areas will certainly impact the snow pack which is currently at record lows. Its April assessment set a record for the lowest level in the state’s history, triggering Gov. Jerry Brown’s order that residents and governments cut water use by 25 percent. Shuttered ski resorts are the least of the resulting problems. The runoff from the snow pack melting in the spring replenishes the state’s rivers, streams and reservoirs—but not so much anymore. In an L.A. Times editorial, NASA scientist Jay Famiglietti warned that California reservoirs have only a year’s supply of water left in them. With the rate of replenishment dropping, that spells trouble.

3. Many Californians are up in arms that certain businesses are continuing to use water like the supply was unlimited. Bottled water companies in particular have drawn outrage from activists as they tap into city water supplies and private wells, while citizens are being told to cut back their water use. While their water use is only a drop in the bucket, so to speak, the optics are really bad, so bad that Starbucks’ Ethos Water brand has announced it will move west coast bottling operation out of the state to Pennsylvania. A group called the Crunch Nestle Alliance has mounted protests against the Nestle bottled water plant near Sacramento, which buys water from the Sacramento municipal system and ships spring water from northern California. Meanwhile, Crystal Geyser is opening a new plant in Mount Shasta that will draw water from an aquifer that feeds the Sacramento River, which provides drinking water for millions of people.

4. Another business that continues unabated in its water use is the fossil fuel extraction industry. California has traditionally been an oil-producing state, but in recent years, it’s stepped up its oil extraction through the water-intensive fracking process. Again, while the amount is small compared to uses such as agriculture, which consumes 80 percent of the state’s available water supply, fracking itself is regarded negatively by much of the public. And it doesn’t help that there have been signs that fracking fluid—wastewater containing toxic chemicals used in the fracking process—could be leaching into aquifers and contaminating already scarce drinking water supplies.

5. Companies are looking for extreme solutions to a potentially extreme problem. There are more than a dozen projects under consideration to build desalination plants along the California coast to turn ocean water into usable water for drinking and agricultural purposes. Some have dismissed the idea as expensive and unfeasible on a large scale, while others claim the costs are falling rapidly enough to make the idea viable. The technology is already in use in the Middle East and Australia. A plant is currently under construction in Carlsbad, California that is expected to be up and running by sometime in 2016 to produce 50 million gallons of water a day and provide seven percent of the drinking water consumed by San Diego. It would be the largest such plant in the Western Hemisphere. The privately built plant would be paid for with rate increases on San Diego water customers; the cost to the county is double the price of its currently most expensive water source and it’s on the hook whether it needs the water or not.