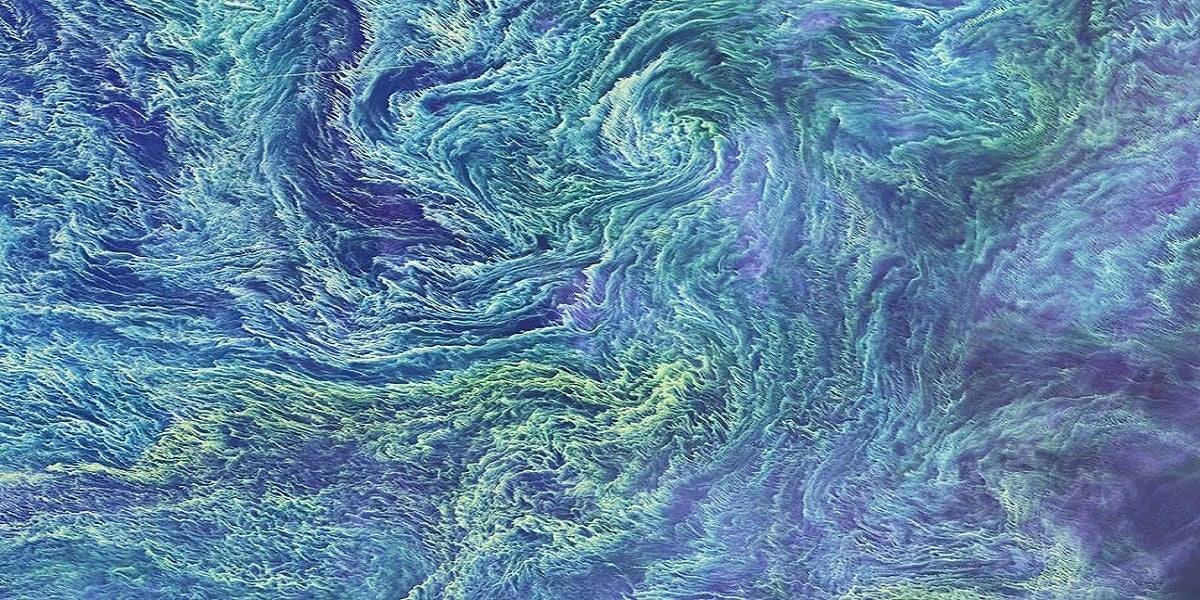 More than 20 states have seen occurrences of toxic algae blooms this summer, which have had far-reaching environmental and human health impacts across the country. The algae blooms can also be found around the world, in all climates from Greenland to Oman.

Utah swimmers have been sickened by the toxins, while beaches in Florida have been closed to protect beachgoers. In California, complete ecosystems are under threat due to the toxic blooms, NPR reported.

Some beaches in South Florida have been covered by a toxic algae sludge for months prompting Florida Gov. Rick Scott to declare local states of emergency in St. Lucie, Martin, Palm Beach and Lee counties in June.

“There’s no question that we are seeing more harmful blooms in more places, that they are lasting longer and we’re seeing new species in different areas,” University of Maryland researcher Pat Glibert told the National Geographic earlier this month. “These trends are real.”

A similar trend happened last year, when algae blooms practically covered the West Coast. In summer 2014, an outbreak in Lake Erie forced Toledo, Ohio to cut off city water to almost half a million residents.

Though the quality of drinking water is unlikely to be impacted due to screening in water plants, bathers and boaters can be sickened by the toxins.

One boater in California has noticed the change this summer.

Local resident Wade Hensley had to be hospitalized because of the toxins, after his body became numb from the waist down after he dove into Discovery Bay in the middle of July. He still hasn’t recovered feeling in half his body.

“It was about three days of swimming,” he said. “Not constant, but in and out. And they can’t pinpoint exactly what it is,” Hensley said.

The increase in algae and the change in its composition is likely due to warming temperatures, Anderson said.

“We’re getting higher temperatures than we’ve seen ever in the past,” she said. “California had an unprecedented drought for the last five years which [has left] the water levels very low in a lot of areas.”

Toxins are unusual in algae blooms, she noted.

“Some areas have been monitoring and seeing blooms for decades, but they’ve never had toxins,” she said.

Blooms are also appearing in places that are unusual­, including streams and mountain lakes.

Scientists are grappling with how to understand the impact of the blooms on local ecospheres.

“What emerged from last year’s event is just how little we know about what these things can do,” University of California-Santa Cruz toxic algae expert Raphael Kudela said.

Algae can have a variety of effects on nearby organisms, National Geographic noted. Some algae can alter the color of the waters around it and cause local air to be dangerous for humans to inhale. Other algae forms can cause fish and shellfish to die, and with them the humans that consume these fish and shellfish.

Other blooms can be so large that they deplete the local area of oxygen and force the death of other organisms.

“We expect to see conditions that are conducive for harmful algal blooms to happen more and more often,” University of Maine’s Mark Wells said. “We’ve got some pretty good ideas about what will happen, but there will be surprises, and those surprises can be quite radical.”

Joaquim Goes, a researcher at Columbia University’s Lamont Doherty Earth Observatory, thinks an increased use of fertilizers and substantial population growth are creating the conditions for these toxic algae blooms. But rapid glacial melt in the Himalayas, and the ensuing changes to monsoon patterns, are also causing problems.

“It’s a weird thing,” she said. “We saw domoic acid in every species we looked at, so they are all being exposed to it. It’s pretty clear that if you change temperature, light availability and nutrients, that can absolutely damage an ecosystem. But is it just starting? Is it getting worse? Is it the same as always? I have no idea.”