Toxic Algae Blooms: Fish Are Dying … Beaches Are Closing … People Are Getting Sick 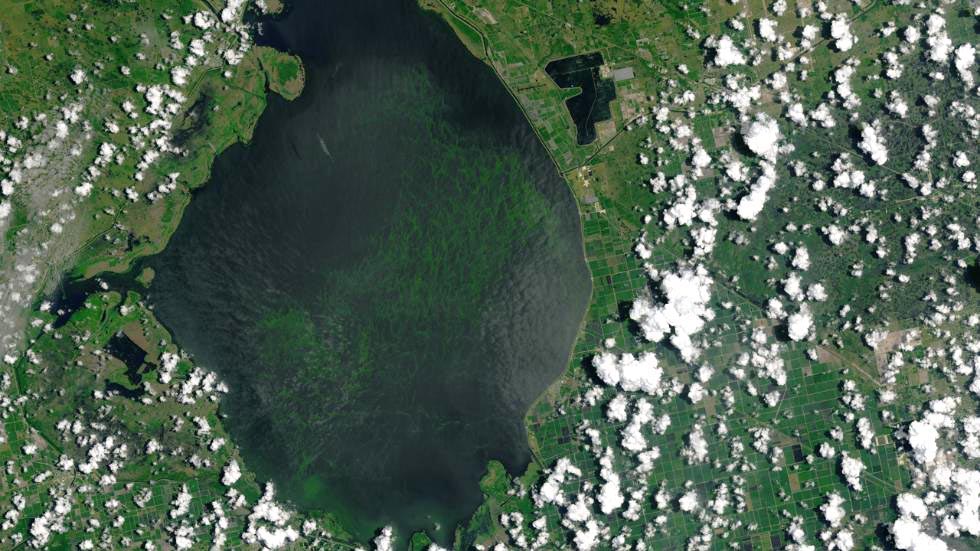 It’s as thick as guacamole, but you don’t want it near your chips. You don’t want it in your water, either, but that’s exactly where it is, a sprawling mat of toxic algae the size of Miami, spreading out across Florida’s storied Lake Okeechobee and from there along major rivers to the state’s Atlantic and Gulf Coasts. 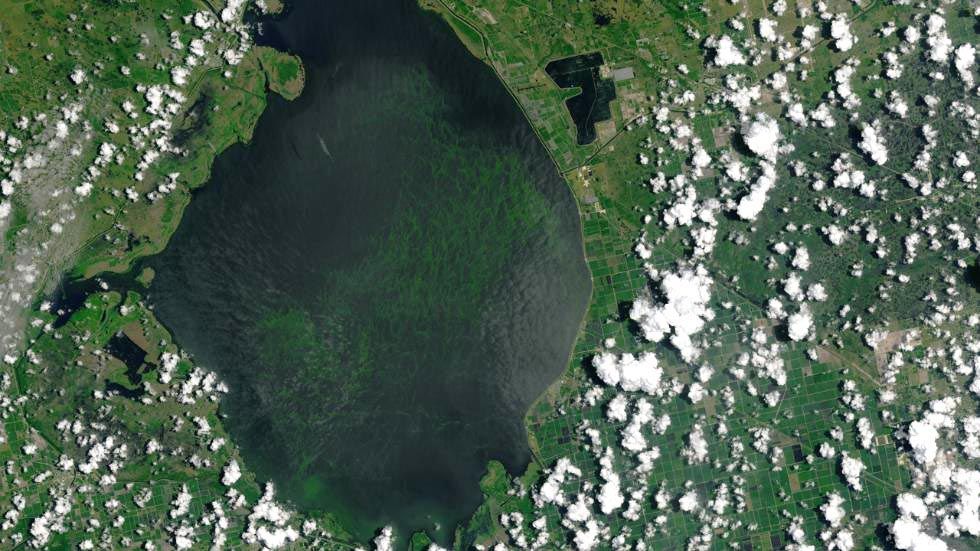 Fish are dying. Beaches are closing. People are getting sick.

“The smell is so bad it will make you gag,” Mary Radabaugh told officials at a town hall meeting last week near Palm Beach. “We have red eyes and scratchy throats.”

Gov. Rick Scott has declared a state of emergency in affected areas and is pleading with Washington for assistance to cope with widespread threats to the environment and public health.

“South Florida is facing a crisis,” Sen. Bill Nelson, D-FL, wrote in a letter July 6 to U.S. Senate leaders. “Beaches and waterways that would normally have been crowded this past Fourth of July weekend were empty as families and vacationers heeded warnings to avoid the toxic blue-green and brown algae blooms that have formed along the waterways and even out into the Atlantic Ocean.”

The algae blooms that have thrown the Sunshine State into crisis are telling us three things. First, we need to protect our waters from the pollution that breeds these toxic blooms. Next, we need to fight the climate change that brings warmer temperatures that amp up algae growth. And finally, we need to demand real action on both fronts from our elected leaders at every level.

Algae blooms are a national problem. In recent years, we’ve seen them in water bodies as large as Lake Erie. There are a perennial problem near the mouth of the Mississippi River, where algae blooms strip oxygen from the water, creating a dead zone that threatens shrimp, fish, crabs and other marine life across a span of ocean the size of Connecticut in the rich fisheries of the Gulf of Mexico. They’re a growing threat to our environment and health.

The immediate cause of the blooms can vary, but the common basics are these: Rains wash pollution from farms, septic tanks and other sources into our waters—from small streams and wetlands to great rivers and lakes—and municipal sewage systems add waste to these waters. These pollutants then supercharge the waters with nutrients like nitrogen and phosphorus. That feeds a population explosion for algae that feast on these nutrients. Warmer temperatures accelerate the growth.

Algae blooms, though, are toxic. Cyanobacteria is what scientists call them and they can cause skin and respiratory ailments as well as gastrointestinal and liver illness. In large doses, they can even threaten the nervous system. Humans can be affected by coming in direct contact with the algae; swallowing water at the lake, river or ocean; or even breathing water spray in which algae are growing.

These toxins threaten marine life, birds and other wildlife as well. In addition, when algae die they decay, a process that robs water of oxygen, which can cause mass fish kills. Finally, a mat of algae like the one covering much of Lake Okeechobee starves underwater plant life of needed sunlight, in turn denying food to fish and other species dependent on those plants.

The fix is to set commonsense limits that keep pollution out of our waters and then to enforce those limits. That means requiring cities and towns to do a better job treating sewage and keeping it from entering the watershed after heavy rains. It means stopping large, concentrated animal feeding operations from dumping massive amounts of waste into our waters. It means applying standards to prevent industrial agricultural operations from polluting our waters with fertilizer that runs off their fields. And it means fighting the climate change that is warming our waters, helping to turn modest seasonal algae growth into crisis-level blooms.

We just wrapped up the hottest June ever recorded in the contiguous U.S.—a blistering 3.3 degrees Fahrenheit above the 20th-century average. Last year was the hottest year globally since record keeping began in 1880 and this year’s first five months have been even hotter. Nineteen of the hottest years on record have occurred in the past 20 years.

Turning this around means shifting away from the dirty fossil fuels that are driving global climate change and investing in cleaner, smarter ways to power our future without imperiling the planet. The algae blooms in Florida are a reminder of how much this matters and how urgently we must act.