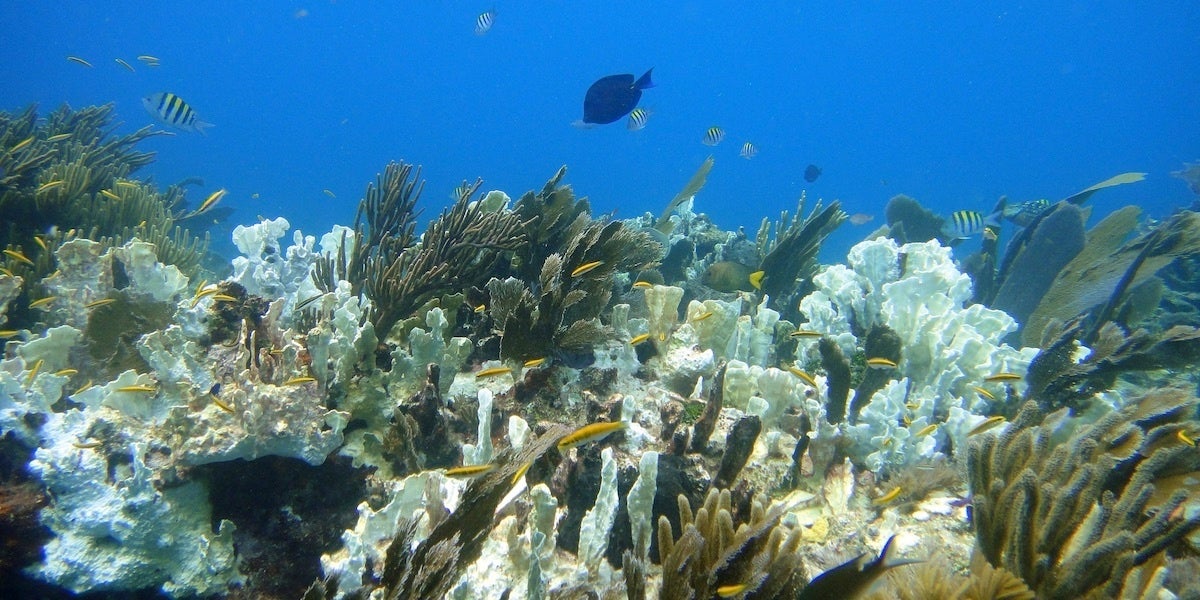 City officials in Key West have put the cap on sunscreen—or at least varieties that contain chemicals believed to harm coral reefs and increase coral bleaching and death.

The Florida Keys is home to the third largest living coral barrier reef system in the world. The ecosystem is a habitat for fish species and other marine life and also serves as economically important touristic and recreational spot.

On Tuesday, the City Commission voted 6-to-1 to prohibit sales of sunscreens containing the chemicals oxybenzone and octinoxate, according to FLKeysNews. The ban will go into effect on Jan. 1, 2021.

“We have one reef, and we have to do one small thing to protect that. It’s our obligation,” Mayor Teri Johnston said before the vote, as quoted by FLKeysNews.

People with medical prescriptions are exempt from the ban, Johnston told The New York Times. The first offense would be met with a warning and the second offense would incur an as yet undetermined fine.

The move follows efforts from Hawaii, which became the first state to ban sunscreens with the same two chemicals last year. The Aloha State’s ban takes effect in 2021.

Last year, the Pacific archipelago of Palau also banned sunscreens containing any one of 10 chemicals that may be reef toxic.

Oxybenzone and octinoxate, which filter UV rays, can be found in more than 3,500 sunscreen products, including popular ones sold by Hawaiian Tropic, Banana Boat and Coppertone.

City commissioner Greg Davila, the only dissenter during Tuesday’s vote, said, “We’re not giving residents the freedom to choose what sunscreens they want to use,” according to FLKeysNews.

Studies have shown that the oxybenzone and octinoxate can damage fragile coral reef systems. Even a drop of oxybenzone in 4.3 million gallons of water, or six and a half Olympic sized swimming pools worth, is enough to harm corals, The New York Times previously reported.

In case you’d like try a “reef-safe” sunscreen, Hawaii.com published a list of options. The chief executive of Cancer Council Australia, Sanchia Aranda, told the Guardian that sunscreen should be the last line of defense against UV rays. Aranda advised that sunscreen should be used on top of wearing protective clothing, sunglasses, a hat “and people should also stay in the shade as much as possible.”