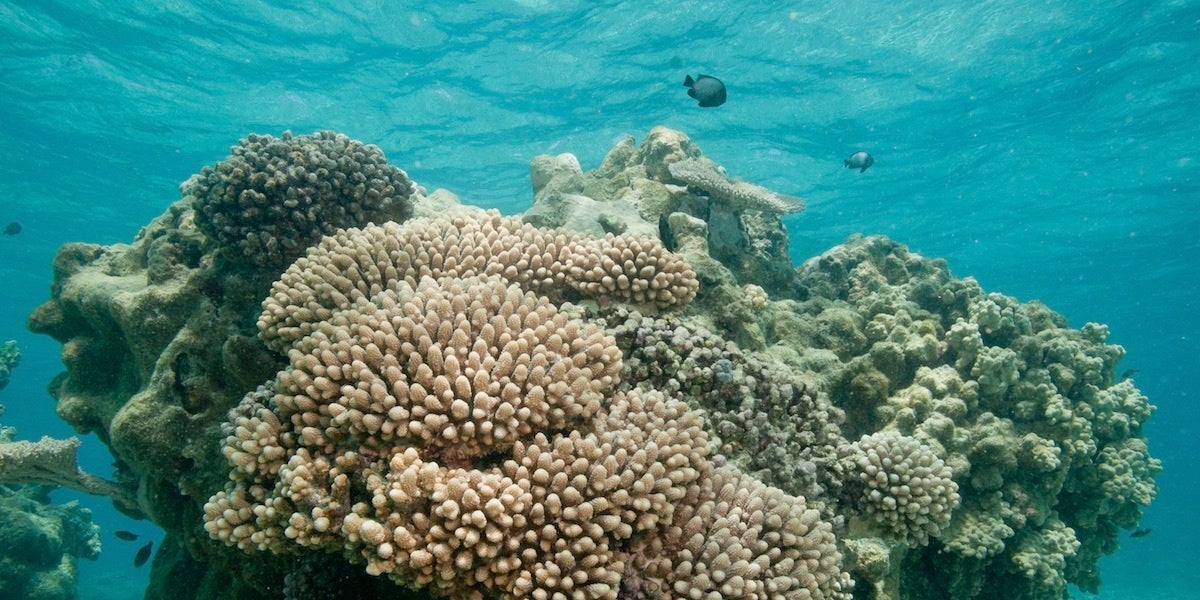 The Aloha State is the first in the nation to enact such a law.

“Studies have documented the negative impact of these chemicals on corals and other marine life. Our natural environment is fragile, and our own interaction with the earth can have lasting impacts. This new law is just one step toward protecting the health and resiliency of Hawai’i’s coral reefs,” said Gov. Ige in a press release.

Act 104 prohibites the sale, offer of sale, and distribution of #sunscreens that contain the chemicals #oxybenzone and #octinoxate in #Hawaii. Click for press release: https://t.co/CgoadFhPLv || #SaveOurReefs #SaveOurOcean #HIGov #HINews pic.twitter.com/puuJsmetpa

The measure, introduced by Democratic State Sen. Mike Gabbard, bans in Hawaii the sale and distribution of all sunscreen containing oxybenzone or octinoxate, or both, without a prescription from a licensed healthcare provider.

Extensive coral bleaching is occurring in Hawaii’s most popular snorkeling spot, Hanauma Bay. While studies have identified climate change as one of the drivers of the bleaching, scientists also blame the estimated 412 pounds of sunscreen that leaches into the tourist-heavy bay per day.

Even a drop of oxybenzone in 4.3 million gallons of water, or six and a half Olympic sized swimming pools worth, is enough to harm corals, the New York Times reported.

Gabbard noted in an Instagram post that the landmark legislation is not just a first for the U.S., it’s also the first law of its kind in the world.

He pointed out that since the ban does not take effect in the state until 2021, it’s important for the world to take notice of this timely issue, as the health of coral reefs are declining in waters across the globe.

Up to 14,000 tons of sunscreen bleed into the world’s reefs every year, according to a 2015 study published in the journal Archives of Environmental Contamination and Toxicology.

“The significance of this action will extend far beyond the islands. With 9 million visitors each year, Hawaii’s commitment will educate consumers worldwide about the harmful effects that sunscreen can have on marine life,” Matt Ramsey, director of Conservation International Hawaii in a press release.

“Coral reefs are a critical component of our food, culture, economy and overall way of life. We simply must protect them,” Ramsey added.

Oxybenzone and octinoxate, which filter UV rays, can be found in more than 3,500 sunscreen products, including popular ones sold by Hawaiian Tropic, Banana Boat and Coppertone.

In his Instagram post, Gabbard linked to a 5-minute video called Reefs At Risk that highlights the sunscreen additives’ adverse effects on fragile coral reefs and other marine life.