Solar Geoengineering Might Not Work if We Keep Burning Fossil Fuels, Study Finds 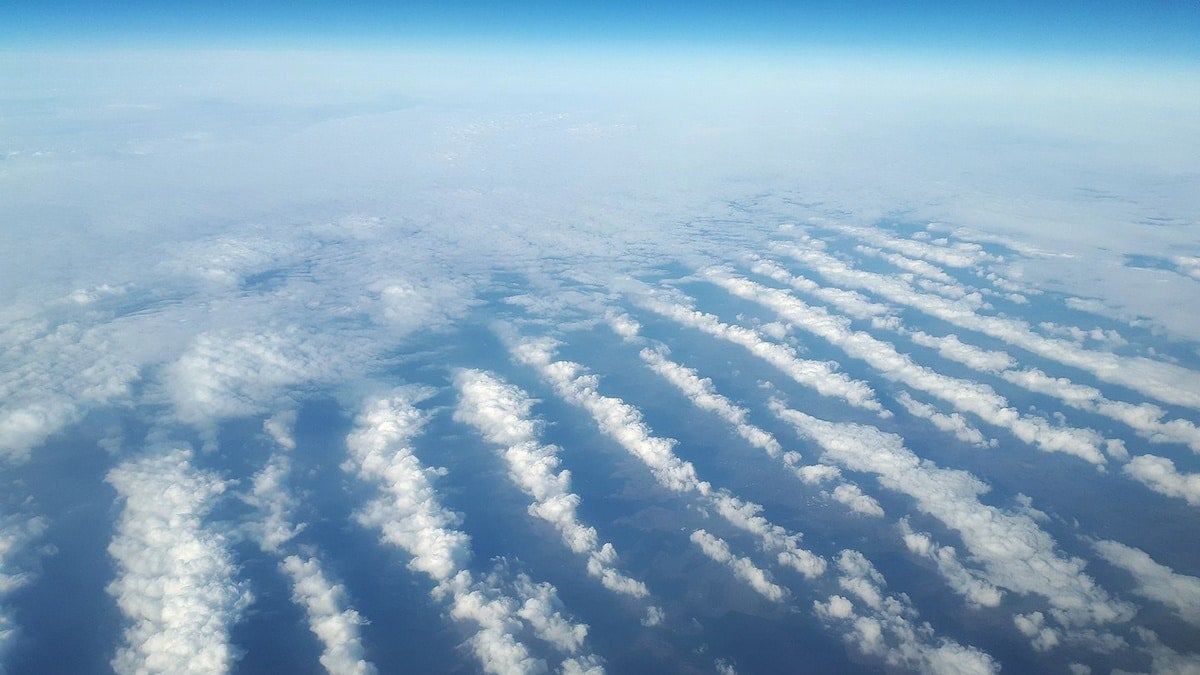 Stratocumulus clouds would break up under high carbon dioxide concentrations, even with geoengineering to cool the planet. Mikael Häggström, M.D. / CC BY-SA 4.0

As carbon dioxide levels continue to rise, some have suggested geoengineering our way out of the climate crisis by intentionally cooling the earth’s atmosphere.

Now, a new study has shown that at least one popular global cooling strategy is unlikely to work if greenhouse gas emissions continue to rise.

“I think the paper provides yet another argument for why solar geoengineering can’t be a ‘get out-of-jail-free’ card that lets us off the hook for the need to cut our CO2 emissions; we can’t just burn all the fossil fuels in the ground and solve the problem with solar geoengineering,” Cornell University senior research associate Dr. Doug MacMartin, who was not a part of the study, told The Independent.

The research, published in the Proceedings of the National Academy of Sciences Monday, looked at one of the most popular solar geoengineering ideas: releasing reflective particles into the atmosphere to reflect the sun’s light and thereby cool temperatures. The use of these particles, called aerosols, would be a way to artificially replicate the cooling that happens after volcanic eruptions.

But the solar geoengineering might not compensate for another consequence of greenhouse gas emissions — the thinning and eventual disappearance of certain clouds.

Previous research from the same team has shown that, under carbon dioxide concentrations of 1,200 parts per million (ppm), the stratocumulus clouds that cover oceans in the subtropics would break up. Since these clouds help keep the earth cool by reflecting sunlight, this would heat the world by a further eight degrees Celsius, Earther reported at the time.

The answer? Not once carbon dioxide concentrations reach 1,800 ppm. At that point, the clouds would break up and temperatures would shoot up by seven degrees Celsius.

“Solar geoengineering may not be fail-safe to prevent strong warming if it is prolonged for more than a century and greenhouse gas emissions continue to increase during that time,” Schneider told The Independent.

However, the paper authors and outside scientists observed that the carbon dioxide concentrations modeled in the paper were extreme. Kate Marvel of Columbia University told Earther they were “BANANAS.”

It took 170 years for greenhouse gas emissions to increase carbon dioxide concentrations from 280 ppm to 410 today. Instead, Marvel said the value of the research was in learning more about the climate system.

“Models let us do ‘experiments’ that would never, ever happen in the real world in order to try and learn things about complex systems,” Marvel told Earther. “This is an example of that. It should in no way be taken as a realistic representation of what would actually happen under any real-world geoengineering scenario, and the authors are very explicit about that.”

There are other arguments against geoengineering beyond the fact that it might not work in an extreme emissions scenario. It could also harm agricultural yields, change rainfall patterns or set off an irreversible feedback loop, Earther noted.