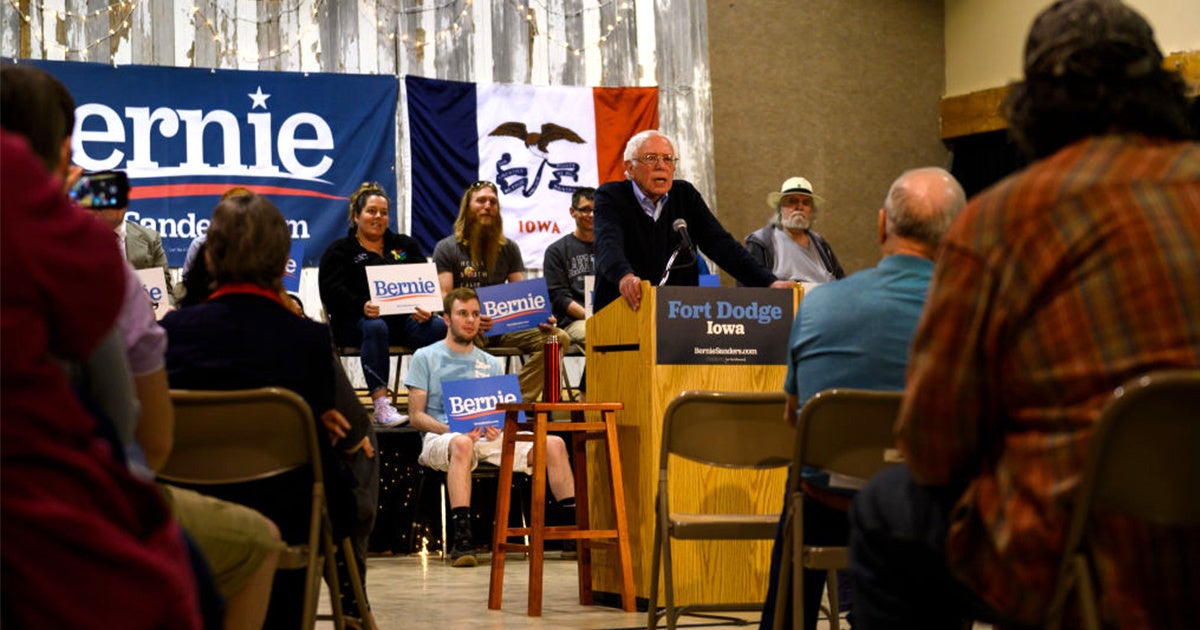 Back on the campaign trail in Iowa over the weekend, 2020 Democratic candidate Sen. Bernie Sanders unveiled a major policy vision that includes breaking up powerful agriculture conglomerates as a way to save small farmers and rural communities who he says are facing a “major, major crisis.”

Before delivering a speech Sunday at fairgrounds in the town of Osage, Sanders told the Des Moines Register in an interview on Friday that “we have got to make a decision as to whether or not we are comfortable with seeing fewer and fewer large agribusiness industries control commodity after commodity” — a dynamic, he said, he is not “happy about” and one that is undermining rural communities across the country.

According to the newspaper:

During his first Iowa trip in early March, [Sanders] targeted “factory farming” and derided the concentration of players from the corn seed market to pork production. Sunday, he plans to expand on those issues and also talk about agriculture’s connection to water quality and global climate change.
Massachusetts Sen. Elizabeth Warren, often seen as competing for the same slice of liberal voters as Sanders, released her own agricultural policy in late March. She specifically called for federal regulators to break up Tyson, Dow-DuPont and Bayer-Monsanto — some of the key players in Iowa’s ag economy.

Asked by the newspaper whether the nation could realistically move back to a system of smaller, family farms, Sanders said he didn’t “think we’re going to go back to the 1880s,” but did say “the heart of rural America is agriculture” and that his campaign intends to focus more on the issue of rural issues and farming in 2020 than they did when he first ran in 2016.

“I come from a rural state,” Sanders said. “It’s an issue we probably should have talked about more last time. We will do that this time.”

According to the newspaper, Sanders said it is time for the nation to push for major changes to the entire food production system.

As Bill Neidhardt, spokesperson for the campaign, put it, Sanders believes the “rural way of life needs to be preserved both in his home state of Vermont and across Iowa,” and in order to achieve that, the senator’s speech — addressing corporate control over agriculture, fair trade deals, support for new farmers, climate change, clean water, rural education, rural health care and immigration — is a “call for major, structural changes to the agricultural economy.”