19 Books to Take the Food System Back 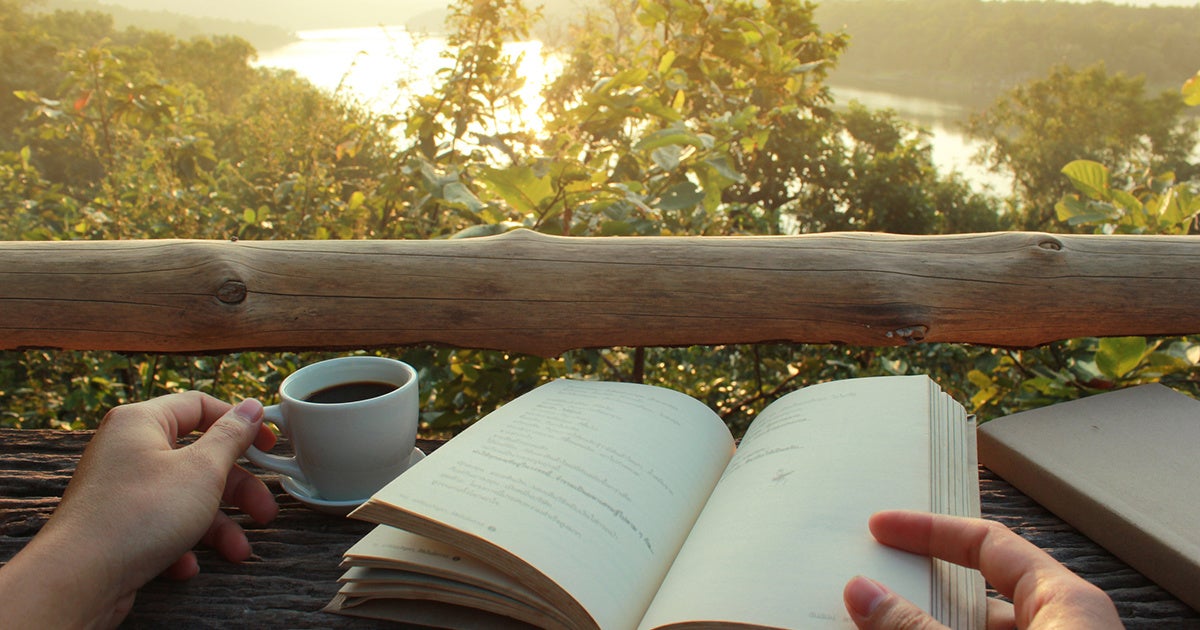 Food Tank is highlighting 19 books about food and agriculture to fall for this season! These books explore food policy, nutrition science, healthy eating, food justice and the challenges of farming. Readers will be able to immerse themselves in new roles as activists, brewers, chefs, farmers, politicians and more.

Included in the list, consumer advocate, nutritionist and author of six prize-winning books Marion Nestle’s Unsavory Truth offers readers another glance into nutrition: although nutrition advice may seem inspired by the latest science, these scientific studies often gather funding from companies seeking to promote their own products. Nestle’s book, and some of the other books below, unveil how big companies and misled policy makers took over the food world—and how people are leading the effort to take it back.

Here are Food Tank’s 19 top picks to inspire new and old activists, leaders and innovators in the food system.

1. Brew Beer Like a Yeti: Traditional Techniques and Recipes for Unconventional Ales, Gruits, and Other Ferments Using Minimal Hops by Jereme Zimmerman

Brew Beer Like a Yeti combines ancient practices with storytelling, mysticism, and folklore for traditional brewing processes. Recipes inspired by traditions around the globe produce beers that accentuate complex profiles of herbs and spices, inspired by the standards in beer and gruit recipes from medieval times. Readers will learn about beers that lie beyond pale ales, locating alternative ingredients to create their own signature brew.

2. Beginning to End Hunger: Food and the Environment in Belo Horizonte, Brazil, and Beyond by M. Jahi Chappell

Beginning to End Hunger tells the story of Belo Horizonte, Brazil, a city of 2.5 million people that serves as inspiration for Brazil’s food security programs. Chappell’s exploration of Belo Horizonte’s food security programs highlights the importance of holistic approaches in any strategy to reduce hunger. Chappell also provides readers with tools to devise policies and strategies toward minimizing food insecurity in the developed and developing countries.

In Cocoa, Leissle navigates the world of chocolate, laden with power struggles, political maneuvering, and labor exploitation. While uncovering this world, Leissle dismantles the mask that hides it all, constructed of the social, cultural, emotional, and economic values humans place on cocoa. As the cocoa industry has been exposed, Leissle traces the cocoa value chain through Africa, Asia, Latin America, and the Caribbean, identifying points at which the industry can become more sustainable and ethical.

4. Diet and the Disease of Civilization by Adrienne Rose Bitar

Bitar looks at the ways the multi-billion dollar diet book industry not only delivers dieting advice, but also tells readers how they should live. Through historical and literary analysis, Bitar examines four diets that, in their language, tell a story beyond food. Instead, Diet and the Disease of Civilization points out that dieting systems portray anxieties about modernity and American culture, showing readers how diets can cure a national disease: civilization.

5. Diet for a Changing Climate: Food for Thought by Christy Mihaly and Sue Heavenrich

Mihaly and Heavenrich invite young readers to focus on their food choices. Diet for a Changing Climate reviews the food system and climate change, recommending incorporating unlikely sources in a diet including invasive species and bugs. Including concrete actions readers can take, recipes, apps for plant identification, and a list of restaurants that serve bugs, the book aims to cultivate a responsible generation of eaters.

Penniman—author, activist, farmer, and cofounder of Soul Fire Farm—offers a manual for African-heritage people to reclaim their dignified agency in the food system. Farming While Black provides readers with tips on navigating many aspects of small-scale farming including finding land and resources, raising animals sustainably and humanely, and building the food movement through education, direct action, and policy change. Penniman also includes the stories of farmers and activists keeping African wisdom and farming practices alive.

7. Food & Nutrition: What Everyone Needs to Know by P.K. Newby

Newby encourages readers to “learn, unlearn, and relearn” what they know about healthy diets in Food & Nutrition. Including answers to questions such as health and environment, farm to fork, and a holistic approach to diet, Newby unravels myths and nutrition confusion to fight chronic disease with the power of real food. Food & Nutritioncombines science, technology, and engineering not only for healthier diets for readers, but also for the planet.

8. Food from the Radical Center by Gary Paul Nabhan

Ethnobiologist and agrarian activist Nabhan describes the ways diverse communities are bringing back America’s healthy food—including bison, turkeys, ancient grains, and more. Nabhan describes that while the nation’s political realm has never felt more divided, producing healthy foods unites people across camps of thought. Food from the Radical Center offers a hopeful perspective on the future of the food and environment movements, one that is inclusive and successfully restores the land and species that are unique to the country.

Food Justice Now! highlights that food justice requires more than a focus on food: it also requires a look into broader social justice topics. In the book, Sbicca navigates an activist’s path from food to social justice, proving that the two are not only integrated, but that both are necessary for a community’s long-term healing. Sbicca challenges scholars and activists to locate the true causes of inequities and develop political strategies or social actions to overcome these causes.

Nabhan, an ethnobotanist, enters deeper into what he calls “arboreality” to discover what it means to be a tree, or to be in a deep and intimate relationship with one. For Mesquite, Nabhan explores the Sonoran and Chihuahuan deserts along the United States/Mexico border, where plants are stunted and life seems to be scarce. Finding the mesquite tree in this landscape, symbolic of life for many indigenous cultures and creatures, Nabhan discovers that there is both life and a delicious world of food in the desert.

11. One Size Fits None: A Farm Girl’s Search for the Promise of Regenerative Agriculture by Stephanie Anderson, Forthcoming January 2019

In One Size Fits None, writer and professor Anderson argues that sustainable agriculture isn’t enough to provide nutrient-rich food and fight climate change: regenerative agriculture will provide the necessary agricultural alternative. Anderson follows farmers across the United States using non-traditional agricultural techniques that respond to the local environment needs and the planet’s resources. One Size Fits None shows how various operations can contribute to

Demaio, star of ABC’s Ask the Doctor, filters through nutrition confusion and conflicting dietary advice to locate the most simple and affordable ways to craft a healthy diet. Drawing on not only his medical expertise, Demaio also pulls wisdom from his Italian heritage to explain that a healthy diet is unprocessed, simple, and easy. The Doctor’s Dietincludes 110 recipes and tips that equip readers with the tools to stave off obesity, diabetes, and heart disease: good food.

Farmer and rancher Strickler shares his secrets to efficiently conserve and use water on drought-stricken land. Ranging from short-term projects to long-term planning strategies, Strickler shows every farmer has options to reduce the impact of drought on their soil, crops, livestock, and ecosystem.

14. The End of Animal Farming by Jacy Reese

Reese creates a roadmap to help readers achieve the humane, ethical, and efficient food system they desire—one that doesn’t include slaughterhouses at the end. Using stories from activists, scientists, and entrepreneurs leading food companies, Reese describes the path to a animal-free food system. The End of Animal Farming is a call to action to join these changemakers, tackling some of the world’s most pressing problems such as food security, nutrition, and climate change.

The Farm Bill breaks down the nearly 1,000 page document, decoding political jargon into understandable language and graphics accessible for both policymakers and citizens. Readers will learn about how the bill evolved and how it will determine the direction of food policy into the future. Imhoff and Badaracco outline the three main components of the Farm Bill—farm subsidies, food stamps, and conservation programs—to help readers understand the full implications of the decisions they, and their politicians, make.

16. The Food Sharing Revolution: How Start Ups, Pop-Ups, and Co-Ops are Changing the Way We Eat by Michael S. Carolan, Forthcoming November 2018

In The Food Sharing Revolution, Carolan tells the stories of traditional livestock and crop producers who are finding innovative ways around the squeeze of agribusiness with a shared economy. The farmers, located in different areas of the United States, are sharing tractors, seeds, kitchens, homes, and their cultures to support one another in the endeavor for an alternative to monocrops and processed food. Readers will learn how collaboration in this model will yield a healthier, more sustainable, and more ethical way to eat.

17. The Truth About Food: Why Pandas Eat Bamboo and People Get Bamboozled by David Katz

Katz sets out to distinguish the truth from the lies in health, medicine, and the prevention of chronic disease. Katz cuts through all the rumors, trends, and misled claims in the food system to arm readers with the truth in selecting a healthy diet. The Truth About Foodalso includes Katz’s own thoughts about the challenges of distinguishing between fact and fiction about food, but how a genuine understanding of nutrition is well worth the effort.

18. Unsavory Truth: How Food Companies Skew the Science of What We Eat by Marion Nestle

In Unsavory Truth, Nestle uncovers the scientific studies that influence what we eat, and finds that they’re better tools for marketing than real science, often paid for by the companies that sell those foods. Readers will feel empowered to put public health first and sort through the science that dictates the options for a healthy diet. Nestle reveals not only how the food industry manipulates nutrition science, but how readers can reclaim their health from these marketing schemes.

19. We Fed an Island by Jose Andres

We Fed An Island chronicles Andres and his journey around post-Hurricane Maria Puerto Rico with his World Central Kitchen—an organization devoted to providing healthy meals, jobs, and school meals in areas affected by natural disasters. In Puerto Rico, Andres served culturally relevant foods such as sancocho with his friend Jose Enrique at his restaurant in San Juan, eventually preparing 100,000 meals a day across the island. We Fed An Island documents Andres’s insider take on the conversations he had in Puerto Rico, including his admiration for the network of community kitchens that achieved real change and his confrontation with the roots of the crisis’s deep political roots.