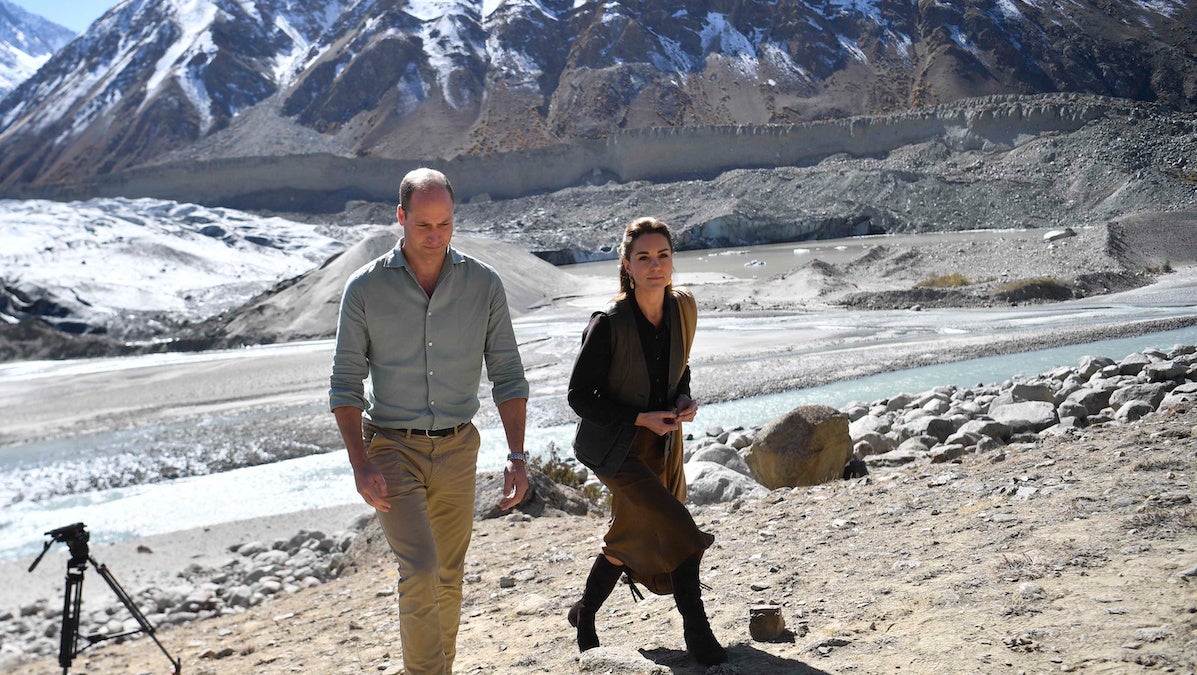 Prince William, Duke of Cambridge and Catherine, Duchess of Cambridge visit the Chiatibo glacier in the Hindu Kush mountain range on Oct. 16, 2019 in the Chitral District of Khyber-Pakhunkwa Province, Pakistan. They spoke with a an expert about how climate change is impacting glacial landscapes. Pool / Samir Hussein / WireImage

Prince William, the Duke of Cambridge and second in line to the throne, announced today a multimillion-dollar prize to encourage the world’s greatest problem solvers to tackle the climate crisis, as Reuters reported.

The newly announced Earthshot Prize, which bills itself as “a decade of action to repair the Earth,” has been planned for the last year, according to a statement from Kensington Palace. The prize will be given to five winners a year for the next 10 years starting in 2021 with the goal of funding 50 creative and achievable solutions to the world’s greatest threat by 2030, as CNN reported.

The name Earthshot is a play on the term moonshot, which is shorthand for labelling ambitious and groundbreaking goals.

“A set of unique challenges, rooted in science, will aim to generate new ways of thinking, as well as new technologies, systems, policies and solutions,” says the Earthshot Prize website. “Just as the moonshot that John F. Kennedy proposed in the 1960s catalyzed new technology such as the MRI scanner and satellite dishes, we want our Earthshot challenges to create a new wave of ambition and innovation around finding ways to help save the planet.”

“We face a stark choice: Either we continue as we are and irreparably damage our planet or we remember our unique power as human beings and our continual ability to lead, innovate and problem-solve,” Prince William said in a statement, as CNN reported. “The next ten years presents us with one of our greatest tests — a decade of change to repair the Earth.”

The prize aims to usher in a spirit of optimism and possibility to replace the current pessimism associated with the climate crisis, according to The Telegraph. It aims to generate new technologies, policies and solutions for issues of climate and energy, nature and biodiversity, oceans, air pollution and fresh water, according to Reuters.

The prize will lay out a set of five unique challenges rooted in science. The challenges will be announced in coming months with an annual award ceremony in different cities around the world from 2021 to 2030, as The Telegraph reported.

There are no details yet about just how much the prizes will be or who is funding it, just a statement saying that the project is supported by a global coalition of philanthropists and organizations, as Reuters reported.

To help with the reveal of the Earthshot Prize, Prince William enlisted the help of acclaimed conservationist Sir David Attenborough to voice a short movie accompanying the announcement.

As The Telegraph reported, in the short film, Attenborough says, “The spirit of the moonshot can guide us today as we confront the serious challenges we face on Earth. This year Prince William and a global alliance launch the most prestigious Environment Prize in history. The Earthshot Prize. A global prize designed to motivate and inspire a new generation of thinkers, leaders and dreamers to think differently. Visionaries rewarded over the next decade for responding to the great challenges of our time.”

In addition to a significant financial reward, winners will receive public recognition for their work that will hopefully inspire leaders in business and government to collaborate and scale the projects up, according to The Telegraph.

“In just ten years we can go from fear to hope, from disaster to discovery and from inertia to inspiration. The Earthshot Prize challenges us all to make this the decade that we build a future to be proud of,” said Colin Butfield, executive director of the World Wide Fund for Nature, as The Telegraph reported.