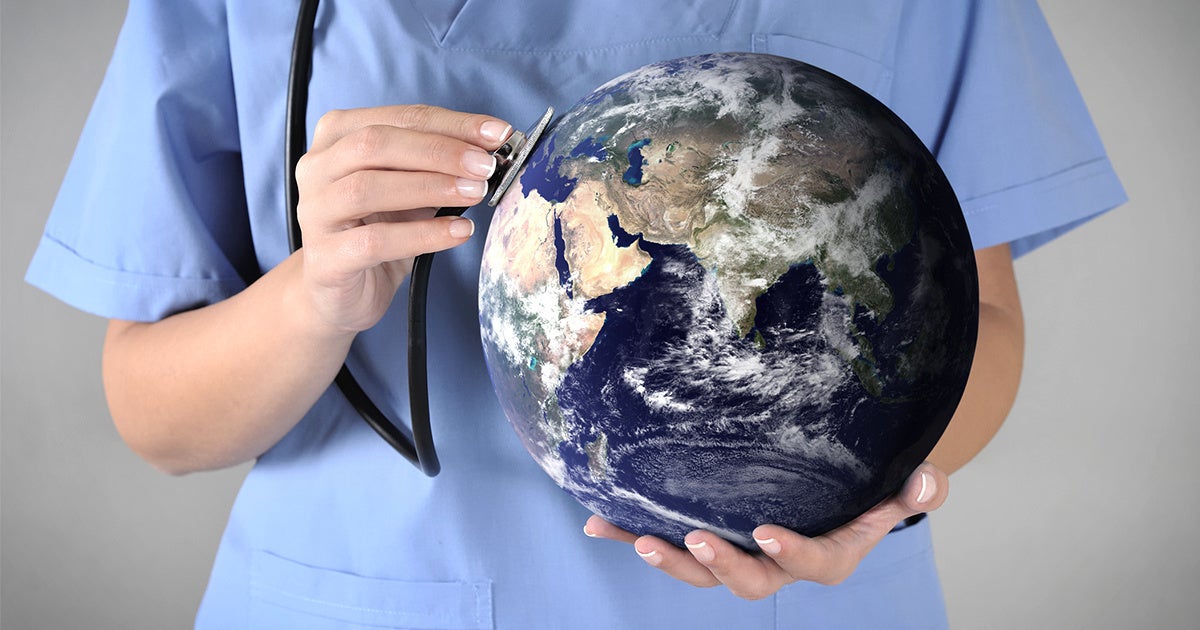 More than 70 leading public health groups, including the American Medical Association and the American Academy of Pediatrics, agree that the climate crisis is also a health emergency.

So far 77 organizations representing nurses, doctors, hospitals, volunteers and public health professionals have signed on to The Call to Action on Climate, Health and Equity: A Policy Action Agenda, released Monday. The agenda urges government, business and community leaders to take a series of actions designed to promote health and fight climate change.

Climate change is a health emergency. The Climate, Health, and Equity Policy Action Agenda calls for climate solutions to be incorporated into all health care and public health https://t.co/tumDTTlXxD #ActOnClimate pic.twitter.com/bDqP0gU7d3

“We are here today to declare that climate change is a health emergency. Climate change is already harming the health, safety and wellbeing of every American living today and if it is not addressed, will bring untold harm to all our children and grandchildren,” former Acting Surgeon General and Retired U.S. Public Health Service Commissioned Corps Rear Admiral Boris Lushniak said in a transcript of a press call emailed to EcoWatch.

On the call, medical professionals shared how climate change was already impacting the health of their patients. Pediatrician and incoming Chair of the American Academy of Pediatrics Council on Environmental Health Dr. Aparna Bole explained how worsening air quality linked to global warming was increasing the risks faced by her patients in a Cleveland, Ohio community where one in five children has asthma.

“In my community, burning fossil fuels contribute to not just asthma exacerbations but also poor birth outcomes like low birth weight and prematurity, both risk factors for infant mortality. Even prenatal exposure leads to neurodevelopmental delays that negatively impact school readiness, which is an important foundation for a child’s academic success,” Bole said.

Meanwhile, Gundersen Health System CEO Emeritus Jeffrey Thompson shared how extreme weather events like hurricanes and wildfires were making it harder for hospitals to care for their patients.

“In the aftermath of Hurricane Maria, many emergency medicine physicians throughout the U.S. were forced to ration critical IV fluids after the hurricane damaged a major producer of IV bags in Puerto Rico. This shortage persisted for months and into flu season. Imagine having to tell a worried mother that you couldn’t give her child fluids that could help him,” Thompson said.

The group also encouraged health organizations to take climate action by engaging with calls like this one, integrating climate responses into public health plans and assisting vulnerable communities in responding to climate impacts.

Center for Climate Change Communication at George Mason University Director Ed Maibach told the Associated Press that the health organizations’ statement could shift some Americans’ image of climate change as “primarily as a threat to things in the environment, like polar bears.”

“It’s incredibly helpful when health professionals point out the actual reality of the situation, point out that this is also a threat to our health and well-being now … and it’s likely to get worse, much worse, if we don’t take action to address it,” he said.

The call also comes as climate change is emerging as a major issue in the 2020 election, something Lushniak alluded to in introducing it.

“[W]e are well aware that we are initiating this effort at an important moment when our Nation’s attention is increasingly focused on the most important issues we face and how we should address them,” he said. “Our goal is to influence this national conversation at this critical moment. We are providing our leaders at all levels and with a meaningful path forward.”

The call was released the same week that Democratic candidates will engage in their first debate, the Associated Press pointed out. It shares priorities with the climate policy proposed by candidate and former Vice President Joe Biden, the Associated Press concluded, since it urges a transition away from fossil fuels without endorsing an outright ban on fracking.