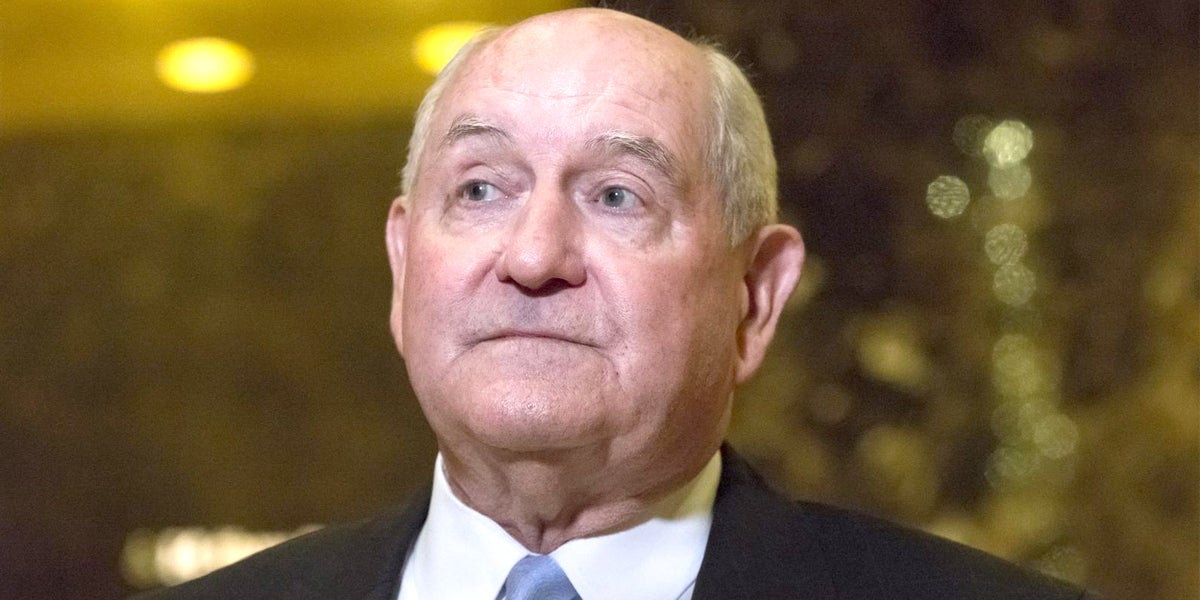 President-elect Donald Trump has tapped Sonny Perdue, a long-time agribusiness leader, Democrat-turned-Republican state legislator, two-time governor of Georgia to lead the U.S. Department of Agriculture (USDA). Faced with a warming planet, increasing water scarcity, collapsing bee populations and other environmental challenges, the USDA needs a leader who will promote planet-friendly farming practices more than ever. Sonny Perdue is not an obvious champion for sustainable farming and he has made some troubling statements about climate change, but we look forward to learning more about his values and commitment.

With his hands at the controls of the USDA, Perdue would influence how food is grown, inspected, labeled and sold. The agency’s 100,000 plus employees also manage a network of programs aimed at preventing hunger in the U.S.; buy much of the food served up to millions of public school children; manage food aid to nations abroad; try to anticipate, prevent and eradicate the arrival of invasive species and crop pests; promote rural development and renewable energy; and manage our national forests. The USDA also regulates food labels and claims, like USDA Organic, which have played a powerful role in growing the good food movement.

For those of us focused on the environment, the billions spent each year by USDA to promote more environmentally friendly farming practices is a particular priority. The USDA has significant discretion in how these funds are spent and can choose to promote farming practices that work in harmony with the natural environment (e.g. using beneficial insects to control crop pests) or practices that effectively subsidize conventional industrial agriculture. Perdue would also likely be influential in establishing the next 5-year U.S. farm policy or Farm Bill, which helps shapes the nation’s agriculture.

An internet search finds little track record by Perdue on these issues. However, he recently penned a disturbing opinion piece in which he lambasts “liberals” for exaggerating the climate relevance of extreme weather events. He writes “It’s become a running joke among the public and liberals have lost all credibility when it comes to climate science because their arguments have become so ridiculous and so obviously disconnected from reality.”

Looking further back, however, we do find a few instances where Perdue has expressed interest in environmental stewardship:

To be clear, these are quite thin as environmental credentials. But compared to other cabinet nominees and to President-elect Trump himself, perhaps Perdue seems less hostile to the environment.

Under the Obama Administration, the USDA pledged to reduce agricultural global warming pollution in the U.S. by 120 million metric tons of carbon dioxide equivalent emissions per year by 2025—providing the same benefit as taking 25 million cars off the road annually. The agency’s plans for doing this mostly entail implementing its existing programs. Here at the Natural Resources Defense Council, we’d hoped the next administration would be able to do significantly better. Before Sony Perdue is confirmed as Secretary of Agriculture, Americans need to know a lot more about his commitment to protecting natural resources and the environment.

Jonathan Kaplan is the director of the Food & Agriculture Program at the Natural Resources Defense Council.