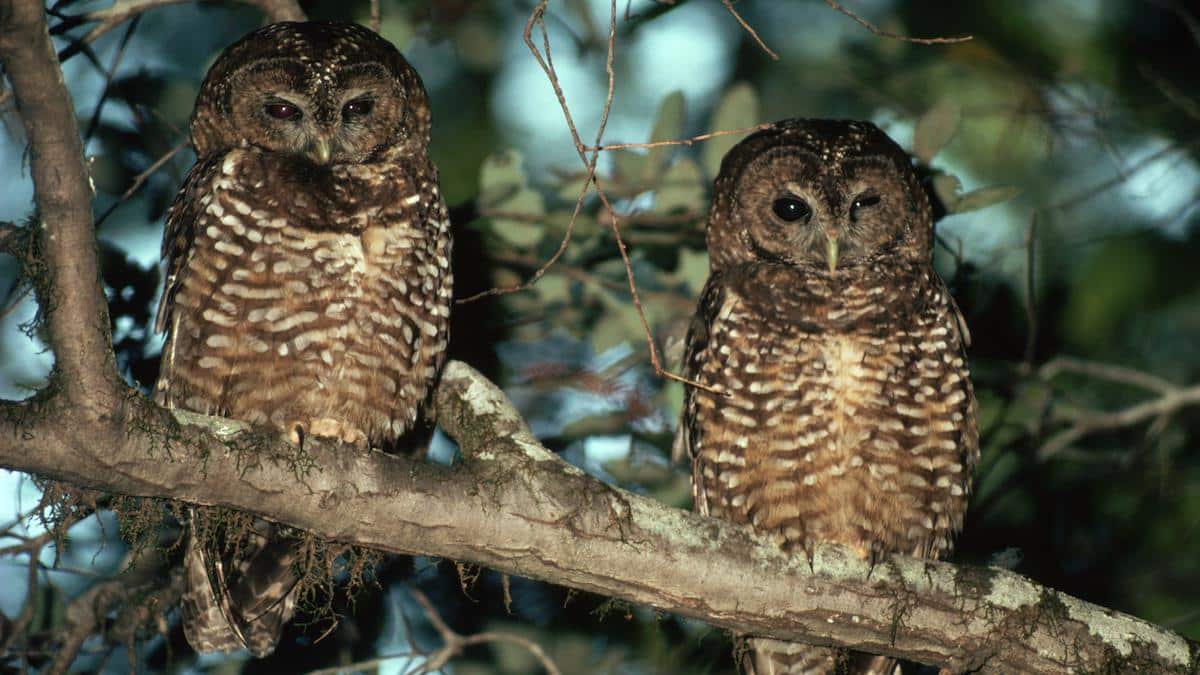 The imperilled northern spotted owl has won a reprieve.

The U.S. Fish and Wildlife Service (FWS) moved Tuesday to reverse a Trump administration decision that would have opened millions of acres of the owl’s West Coast forest habitat to potential logging, arguing that Trump political appointees acted on inaccurate science.

“You can’t remove over a third of an endangered species‘ habitat and not expect it to go extinct,” FWS Oregon supervisor Paul Henson told The AP of the Trump administration plan.

The northern spotted owl is a small, chocolate brown bird that lives in the forests of Washington, Oregon and northern California, The Guardian reported. The bird is considered threatened under the Endangered Species Act, and has already lost around 70 percent of its habitat. In the past decades, the owl’s population has plummeted 77 percent in Washington, 68 percent in Oregon and nearly 50 percent in California.

The bird’s decline has led to conflicts between environmental advocates and the logging industry, The AP explained. In 2012, the federal government set aside critical habitat to protect the species from extinction, but this was blamed for a logging slowdown that harmed rural communities.

Five days before President Donald Trump left office, his administration pushed through a plan that would have removed protections from 3.5 million acres, more than a third of a total of 9.6 million acres of critical habitat. This was even more than the logging industry had requested. At the time, scientists protested that these cuts would put the owls on the path to extinction, but Interior Secretary David Bernhardt and former Fish and Wildlife Service Director Aurelia Skipwith disregarded the warnings. Now, the FWS has concluded that Trump appointees acted with “insufficient rationale and justification” in shrinking the habitat so drastically, The Guardian reported.

The new plan, finalized Tuesday, would exclude just around 200,0000 acres of Bureau of Land Management (BLM) land in Oregon.

“The exclusions we are proposing now will allow fuels management and sustainable timber harvesting to continue while supporting northern spotted owl recovery,” FWS principal deputy director Martha Williams said in a statement when the new rule was first proposed in July, as The Guardian reported.

Environmental advocates applauded the reversal of the steeper Trump cuts, but also disagreed with the Biden administration’s exclusions.

“We’re glad the Biden administration repealed the ridiculous and politically driven decision to strip 3 million acres from the spotted owl’s critical habitat. But 204,000 acres should not have been excluded from that protection,” Center for Biological Diversity (CBD) endangered species director Noah Greenwald said in a statement emailed to EcoWatch. “The spotted owl and hundreds of other vulnerable species can’t withstand the loss of more old forest.”