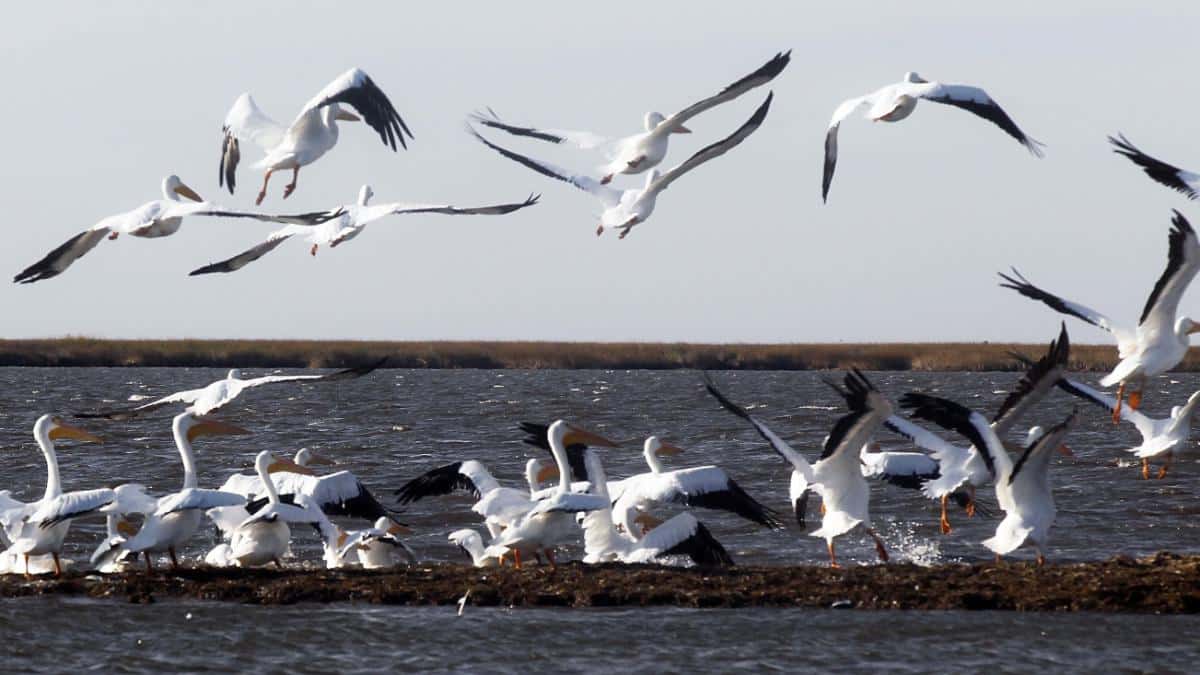 In 2017 the Trump administration altered the interpretation of the Migratory Bird Treaty Act (MBTA) arguing that it only prohibited the direct hunting or killing of birds, not unintended deaths from wind turbines or oil spills, for example, EcoWatch reported at the time.

Obama U.S. Fish and Wildlife Service Director Dan Ashe warned that the change could lead to billions of bird deaths in subsequent decades, The Associated Press reported at the time.

Before Monday’s reversal of this interpretation by Biden’s Department of the Interior, the Trump ruling had already encountered legal challenges. In August, a New York federal judge deemed the new interpretation to be invalid.

“It is not only a sin to kill a mockingbird, it is also a crime,” U.S. District Judge Valorie Caproni wrote in her decision. “That has been the letter of the law for the past century. But if the Department of the Interior has its way, many mockingbirds and other migratory birds that delight people and support ecosystems throughout the country will be killed without legal consequence.”

The Trump administration moved forward despite the decision, and finalized the rollback during its last weeks in power.

However, Biden’s administration delayed the new rule from taking effect and reopened it for public comments, HuffPost reported. Now that it has been jettisoned, Cherry said a replacement rule would be forthcoming.

“The department will also reconsider its interpretation of the MBTA to develop common-sense standards that can protect migratory birds and provide certainty to industry,” Cherry told Courthouse News Service.

The 1918 MBTA resulted from overhunting and poaching of migratory birds, The Associated Press reported. The policy makes it illegal to pursue, hunt, kill, capture or possess migratory birds or their parts without a permit, HuffPost explained. Since the 1970s, the act has also been used to penalize companies when their actions accidentally harm birds.

For example, the act helped win a 0 million settlement from BP after the company’s 2010 oil spill in the Gulf of Mexico killed about 100,000 birds, The Associated Press reported.

It’s estimated that around 460 million to 1.4 billion birds die every year from human-made causes, including oil pits and glass buildings. Between 2010 and 2018, civil and criminal enforcement cases against companies led to .8 million in fines, excluding the BP settlement. However, most of those cases did not lead to criminal prosecutions since many companies were willing to implement bird protections.

While industry groups backed the Trump rollback, they also did not oppose the Biden reversal.

Conservation groups said this general atmosphere of cooperation made the Trump rollback unwarranted.

“There really had been a lot of collaboration and a fair amount of consensus about what best management practices looked like for most major industries,” Sarah Greenberger, senior vice president with the Audubon Society, told The Associated Press. “There was a lot of common ground, which is why the moves from the last administration were so unnecessary.”