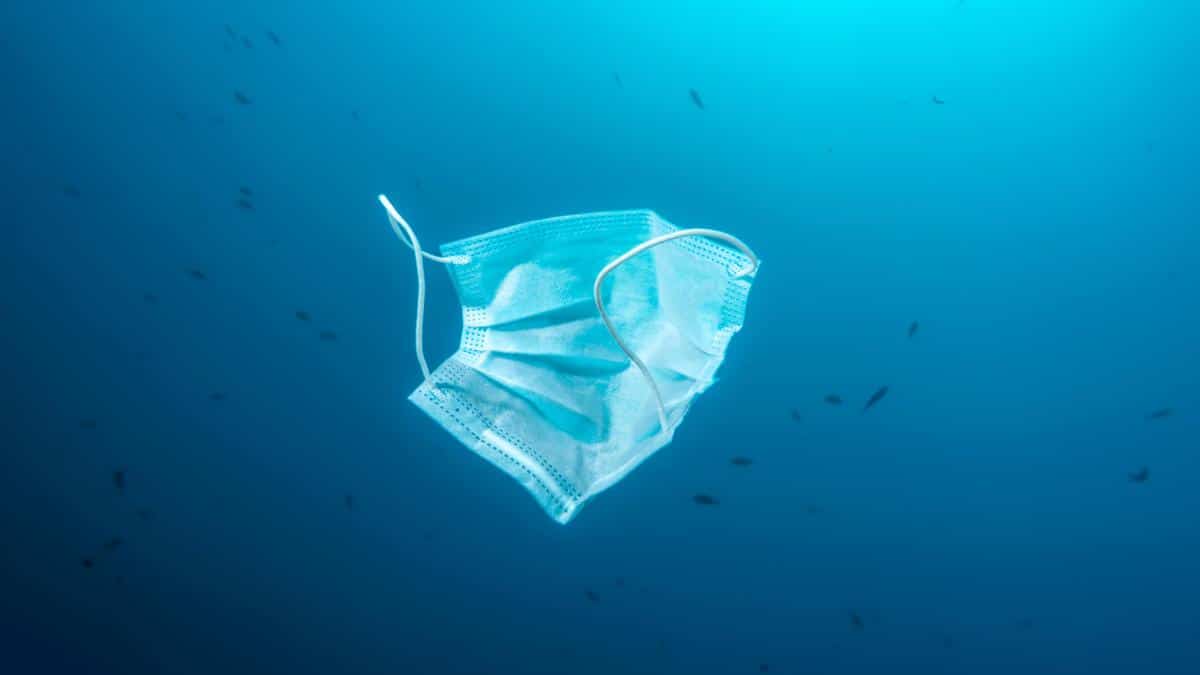 A surgical mask floats in the ocean. Eloi_Omella / Getty Images

As we enter what’s hopefully the home stretch of the COVID-19 pandemic, it’s time to take stock of how it affected every aspect of our world, to consider what happened, what could be done different to avoid those problems in the future, and what’s next.

That might mean confronting some of our earlier conclusions. For example, at the start of the pandemic we were bombarded with often false stories about suddenly quiet cities and waterways experiencing animals reclaiming what was once their habitat. “Nature is healing” stories like this seem to have created an overly rosy picture of the pandemic’s impact on the natural world.

The reality is much more complicated, and I’m not just talking about things like the well-publicized millions of inappropriately discarded plastic bags and protective masks ending up in the ocean. Many other changes to the world’s waters, including some potentially harmful ones, are taking place beneath the surface.

“Protected and conserved areas and the people who depend on them are facing mounting challenges due to the pandemic,” says Rachel Golden Kroner, an environmental governance fellow at Conservation International. Indeed, for the past two decades a sizable chunk of global biodiversity conservation has been funded by ecotourism, a funding source that dries up when international travel slows down, as it did this past year.

While any global complex event has many impacts including some that we almost certainly can’t predict at this point, many of the medium and long-term effects are likely to be bad.

And You Thought Your Virtual Meetings Were Bad

It’s not just your workplace that’s been meeting online this past year. It’s every meeting, including international wildlife conservation and management meetings.

Some of these important events have been postponed, stalling critical political momentum that scientists and activists have been building for years. Others have met virtually, with notably less effectiveness.

The highest profile example of this was the December 2020 failure of the Inter-American Tropical Tuna Commission. The IATTC is an international gathering that governs a multi-billion-dollar series of global tuna fisheries, and meetings include representatives from all over the world who hammer out fishing quotas and other rules. The 2020 meeting closed without reaching an agreement on 2021 quotas. If allowed to stand, this would have meant that starting on January 1 of this year, a multi-billion-dollar global industry would have had absolutely no rules governing it. Imagine if your city council failed to agree on a policing budget, and this meant that “The Purge” was suddenly real — that’s what nearly happened in the world of tuna management this past winter. 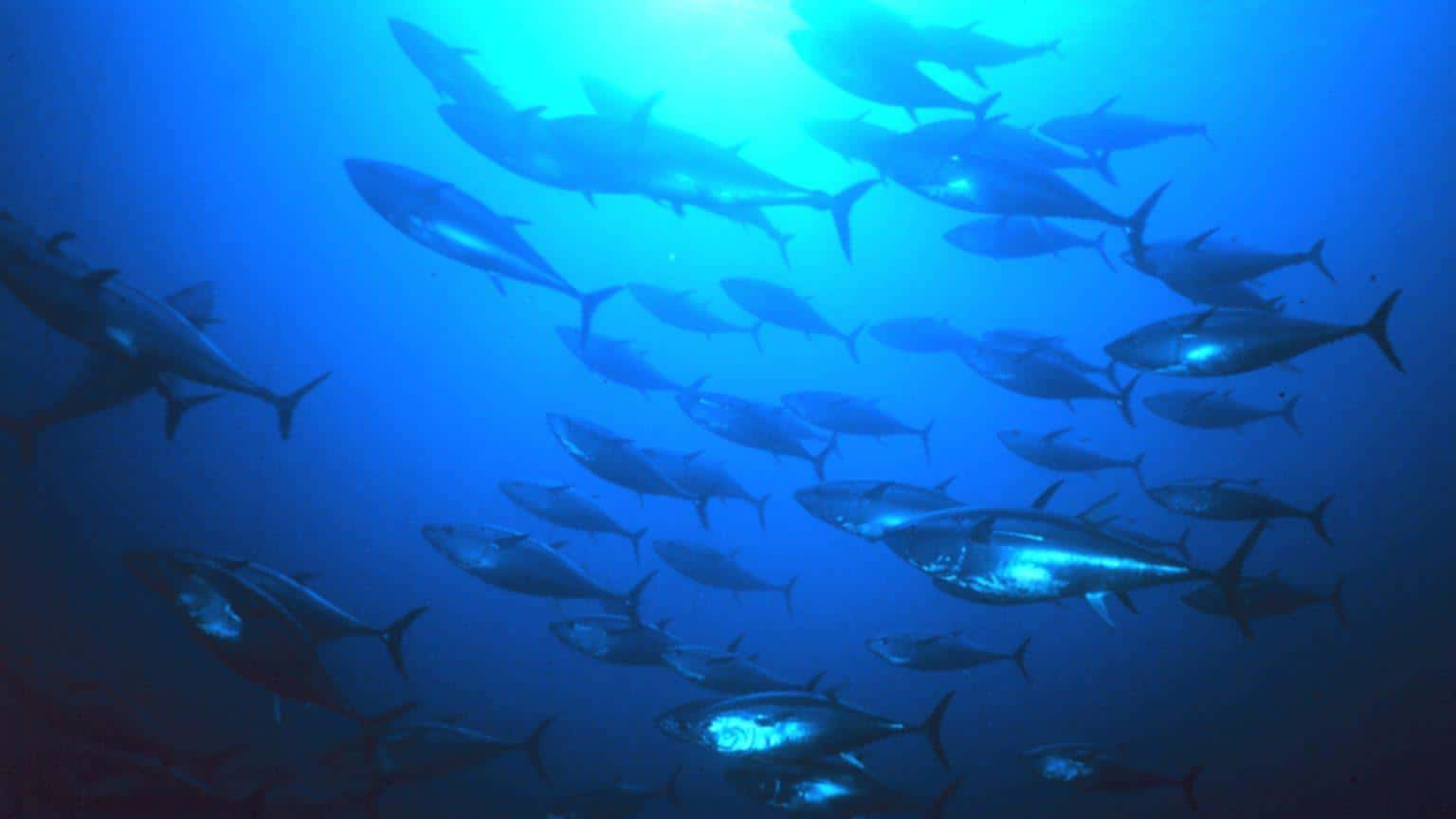 The pandemic didn’t create the problem of tuna management politics, but experts believe that the virtual meeting, which precluded “schmoozing” in the hallway during coffee breaks and added an element of multiple time zone chaos, contributed to this year’s unprecedented breakdown in negotiations.

“These meetings are often difficult to get through, but usually they keep working until they get it done, until there’s at least a decent solution,” says Grantly Galland, a global tuna conservation expert with Pew Environment. That’s hard enough in person, but this year “the meeting started at 6 p.m. for me in D.C., which was midnight in Europe, and early morning in Japan. People were often frustrated. As discussions dragged into the night the incentive to keep going disappeared, and the meeting ended without rules.”

Fortunately, after receiving intense pushback from environmental groups and the concerned public, the commission met for an emergency meeting a few weeks later and fixed this problem by just carrying over the 2020 rules to 2021 — hardly an ideal solution given existing problems with the 2020 rules, but a lot better than open ocean anarchy.

Still, this near-disaster shows how dependent our system of environmental management is on face-to-face meetings.

Whenever there’s any economic crisis, industry will ask for a temporary (or even permanent) rollback of environmental protection regulations that they find economically burdensome. Marine and coastal protected areas, long a priority for science-based conservation and long opposed by elements of the fishing industry, have been no exception.

For example, a fisheries management council asked then-President Trump to allow fishing in currently protected areas, and the Trump administration did roll back fishing protections in the Atlantic around that time. 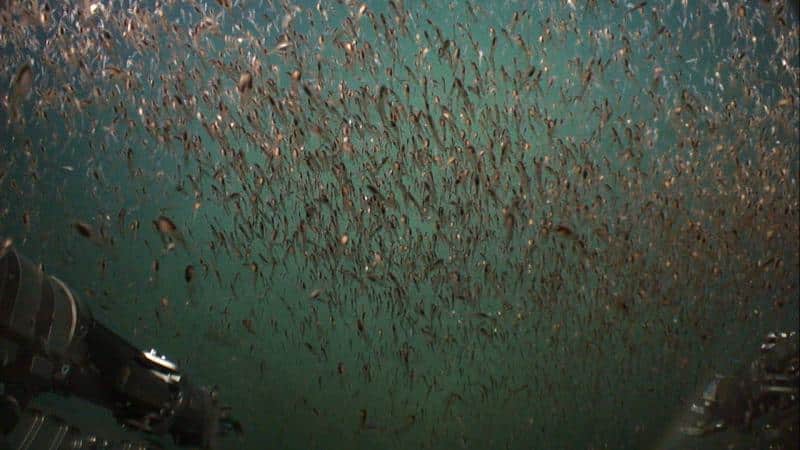 Golden Kroner shared examples of the near-collapse of the tourism-associated hospitality industry in Kenya, the Galapagos, Indonesia and Australia, noting that some of these industries employed former members of the fishing industry who had been persuaded to work in tourism instead.

While some coastal communities and protected areas face these serious issues, the good news is that this problem is far from universal.

“While the shutdowns, restrictions, and closures of coastal areas disrupted access and temporarily interrupted stewardship and harvest activities across Hawai’i, the connections between humans and nature forged over generations ensured that marine management actions never lost momentum,” says Ulu Ching, the program manager for community-based conservation for Conservation International’s Hawaii office. “Well-established community networks in collaboration with government resource management agencies continued to advance the work of mālama i ke kai (caring for the ocean) through the development and establishment of community-driven marine managed areas across the islands during the pandemic.” 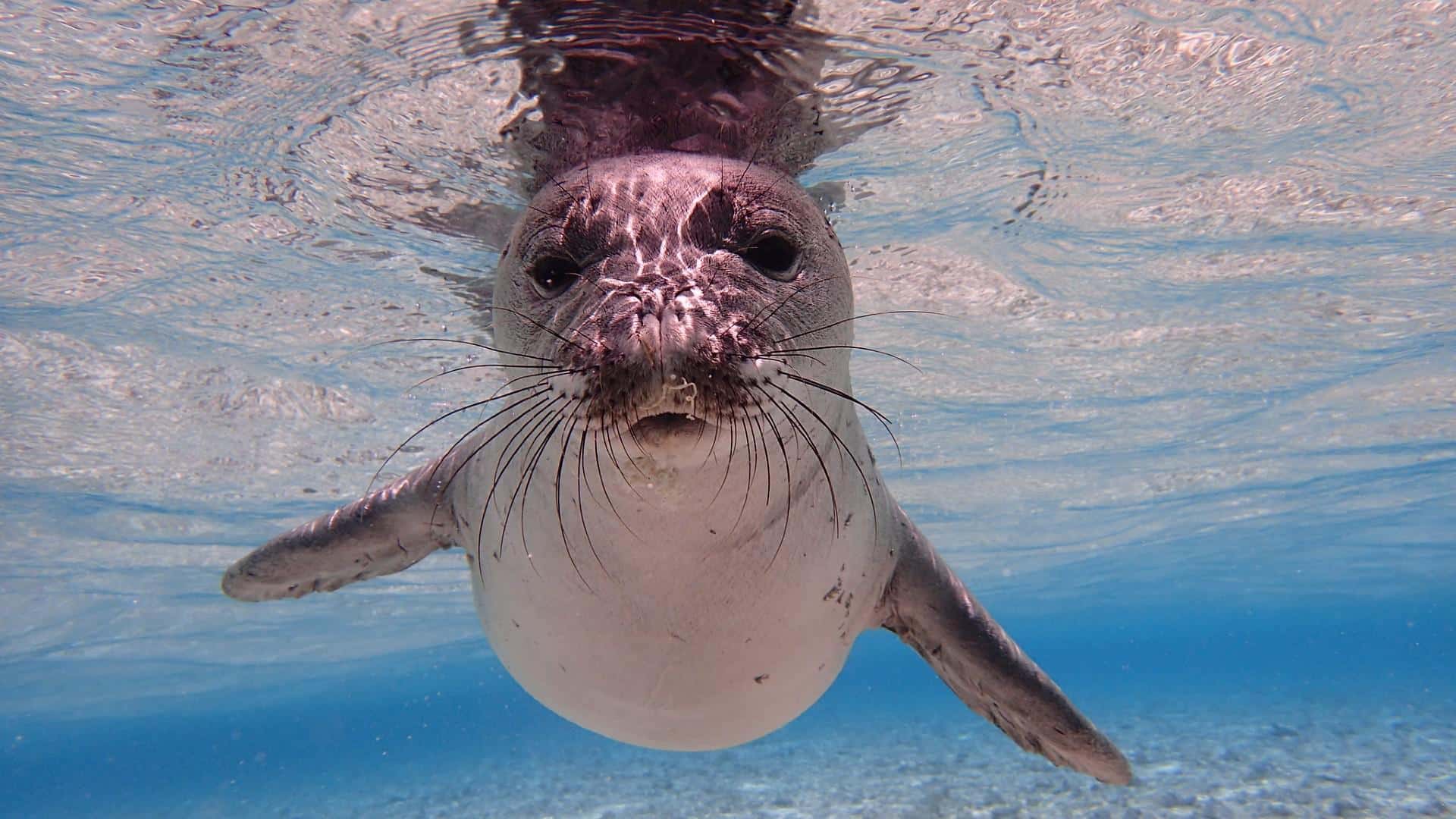 Additionally, Golden Kroner points out that while some momentum for creating protected areas has stalled and some industry groups have called for rollbacks, there is good news in the form of expanded protected areas in a handful of places around the world. But it’s clear that despite some positive signs, momentum in creating new marine protected areas has stalled in many places, tourism that funded their operations has slowed to a crawl, and some industries have been successful in rolling back protections.

Threats Continue, But Monitoring Has Stalled

One of the primary tools in the conservationist’s toolbox for making sure that the commercial fishing industry follows the rules is observer coverage: independent people on board fishing vessels who monitor and record the catch. Due to COVID-19 safety regulations, observer coverage in much of the world has been reduced or eliminated — but fishing continues.

“For countries with fewer management resources, I can imagine that less observer coverage could lead to more rules being bent,” says Simon Gulak, a fisheries consultant with Sea Leucas LLC who used to coordinate fisheries observers for the National Oceanic and Atmospheric Administration.

“Fisheries observers provide fisheries management with accurate information on all discards/bycatch at sea, not just the cuddly protected species,” he says. “They’re a bit like a fisher’s auditor and are liked about as much.”

The problem with a lack of observers means that we generally have no way of knowing if bad things are happening on the water, but there are certainly cases of fishing vessels who only follow the rules because they’ll get fined if they don’t.

Gulak notes that in fisheries subject to electronic monitoring — including GPS trackers and cameras that document all catch and bycatch — observers may be less important because all relevant data is recorded automatically and it’s harder to get away with breaking the rules.

Galland, the tuna conservation expert, also stressed the importance of ramping up electronic fisheries monitoring efforts. If the pandemic leads to an increase in e-monitoring, that may be a long-term good. In the meantime, we just don’t know what’s going on in many fisheries that were previously monitored by human observers.

It’s not just fisheries observing that’s stalled due to workplace safety concerns, but also fish market surveys, an important scientific tool for monitoring catch from boats too numerous and small to have observers or electronic monitoring equipment. In large parts of the world, fish market surveys are the only data we have on local catch composition. Without them, we wouldn’t know how many endangered species are caught, or if formerly common species started to disappear.

Monitoring of things like sea turtle nests has similarly slowed down. These nest surveys are a critical way for scientists and managers to keep track of population trends of iconic endangered species, and to protect the nests themselves by marking them so beach drivers of off-road vehicles know to not crush the hidden nests. 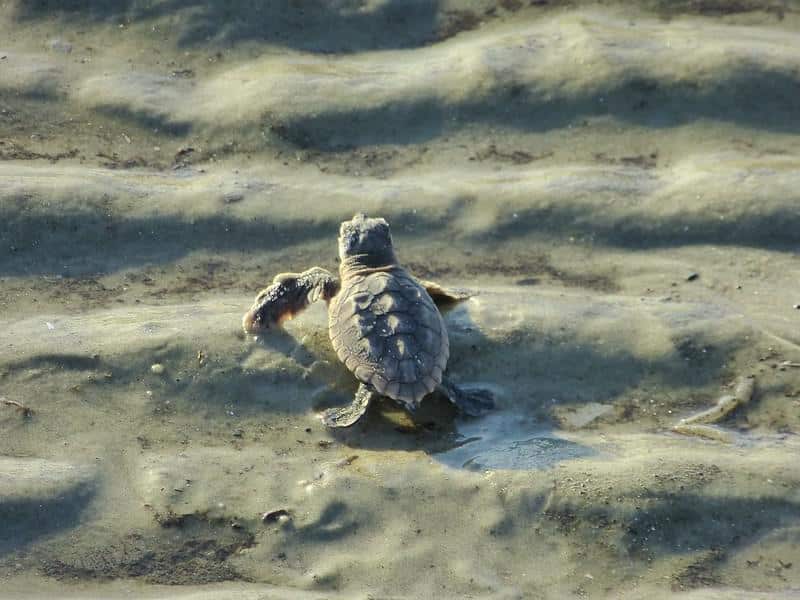 So what does the pandemic mean for ocean conservation? Experts caution that it’s probably too early to tell. However, it’s not all stories of dolphins frolicking in suddenly quiet rivers. Environmental planning meetings, funding schemes for protected areas, and monitoring of fisheries and endangered species populations were all disrupted, giving us good reasons to fear that the story is far more complicated, and far less happy, than many of us have been led to believe.

David Shiffman is a marine biologist specializing in the ecology and conservation of sharks. He received his Ph.D. in environmental science and policy from the University of Miami. Follow him on Twitter, where he’s always happy to answer any questions anyone has about sharks.