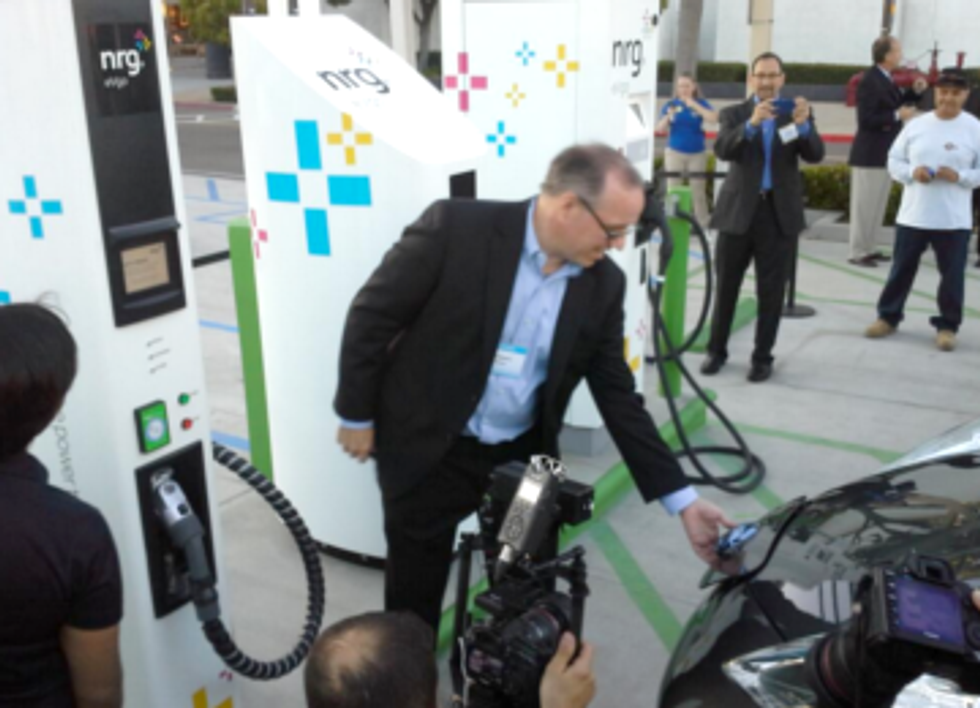 The larger plan is for eVgo to provide charging stations at offices, multi-family communities, schools and hospitals. The company wants to align itself with California's goal of having at least 1.5 million zero-emission cars on the road by 2025, but also must open the stations to comply with a settlement.

NRG eVgo's parent company, NRG Energy of Houston, agreed to invest $120 million in a network of EV stations as part of a 2012 settlement for overcharging customers for electricity during the 1999 energy crisis. NRG, which has 2 million customers in 16 states, must open 200 EV charging stations by 2016 and another 10,000 plug-in units at 1,000 locations across the state.

Still, the company looks to benefit greatly from the openings—it estimates that one-third of all EV sales in the U.S. come from California.

The DC fast chargers at Fashion Valley can provide up to an 80 percent charge in less than 30 minutes.

“With charging options at your home, apartments and work combined with on-the-go charging, our mission is to make it even easier to choose to drive an electric car,” Terry O’Day, vice president of business development for NRG eVgo in California, said.