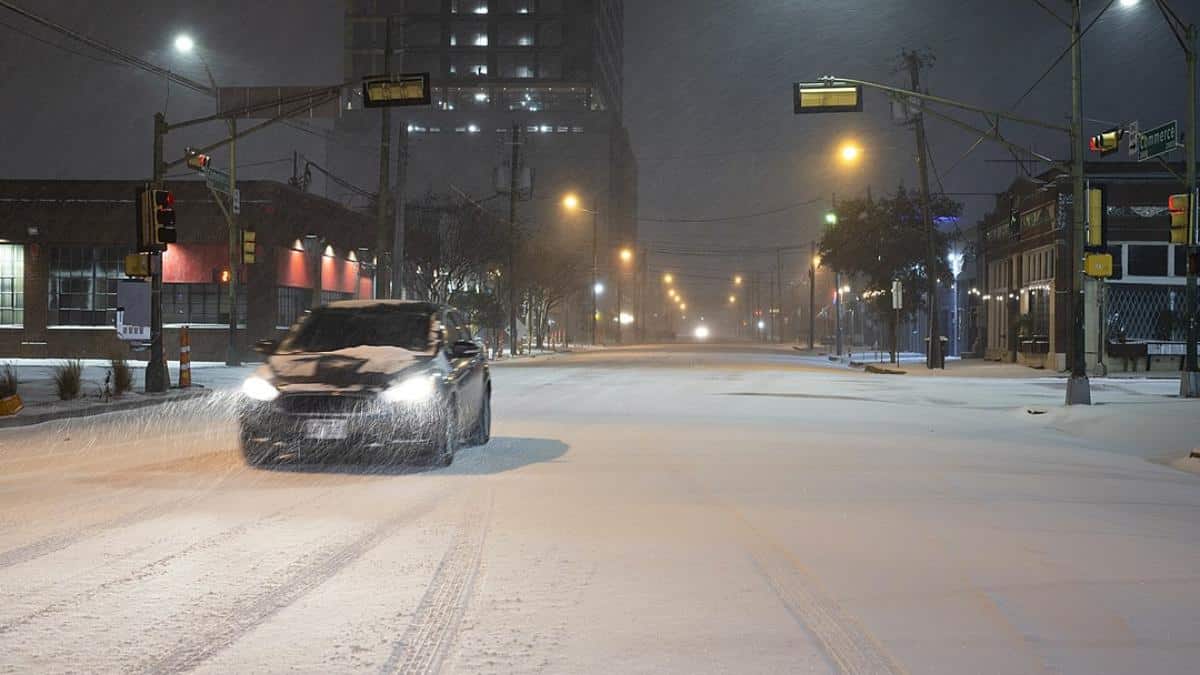 There were many lessons to be learned from Texas’ prolonged periods of lost power during its cold snap, which saw temperatures drop into the single digits. But one many people may not recognize is that electric vehicles, or EVs, can be part of a smart resiliency plan — not only in the case of outages triggered by the cold but in other scenarios caused by extreme weather events, from fire-related blackouts in California to hurricane-hit power losses in Puerto Rico. 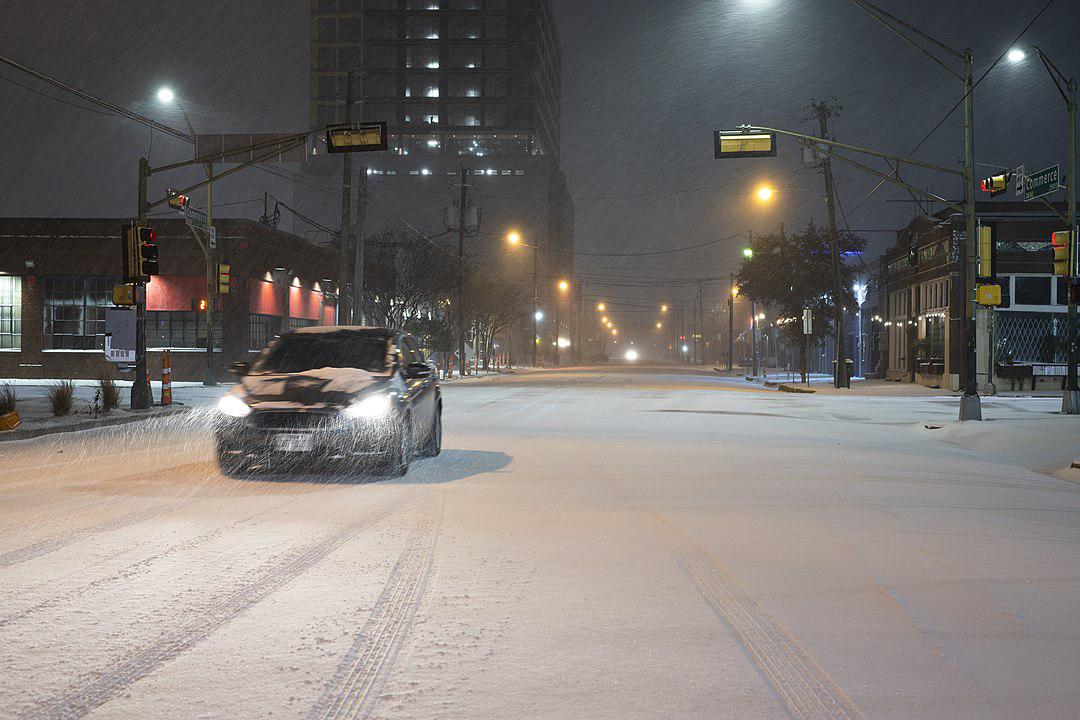 Experts recognize that electric vehicles are a central climate solution for their role in reducing greenhouse gas emissions. But EVs are also essentially batteries on wheels. You can store energy in those batteries, and if EVs are equipped with something called vehicle-to-grid or vehicle-to-building technology, they can also be used to keep the lights on in emergencies. The technology allows the energy being stored in an EV battery to be pushed back into the grid or into buildings to provide power.

There are hurdles: The technology is still developing, the vast majority of EVs currently on the road do not have this capability, and utilities would need regulatory approval before bringing it to scale. But done right it could be a great opportunity.

Electric car batteries can hold approximately 60 kilowatt hours (kWh) of energy, enough to provide back-up power to an average U.S. household for two days. Larger electric vehicles like buses and trucks have even bigger batteries and can provide more power. The American company Proterra produces electric buses that can store up to 660 kWh of energy. Electric garbage trucks and even big-rigs, with bigger batteries, are becoming a reality too. 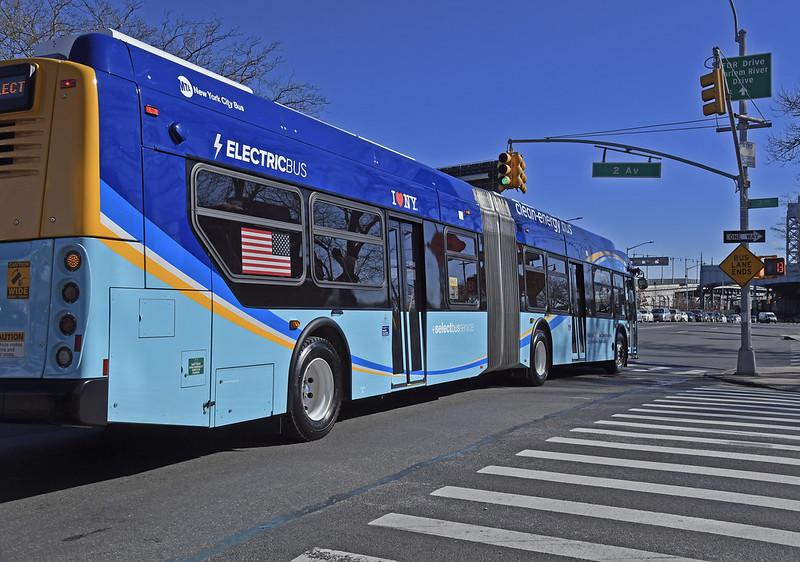 If equipped with vehicle-to-grid or vehicle-to-building technology, those cars, buses and trucks could prove invaluable during future blackouts. People could rely on their cars to power their houses. Municipalities, transit agencies and school districts could send out their fleets to the areas most in need. We could power homes, shelters and emergency response centers — and could keep people warm, healthy and comfortable until power could be restored.

But to add this great resiliency tool to our arsenal in times of extreme weather, we must significantly increase the number of EVs on the road. In 2019 electric cars accounted for only about 2% of all light-duty vehicle sales in the country. Electric buses and trucks are becoming more common in the United States, but still only represent a tiny fraction of the fleet. As it stands now, the EVs currently on the road, even if equipped with vehicle-to-grid technology, would do little to help a broad swath of the population in need of power. 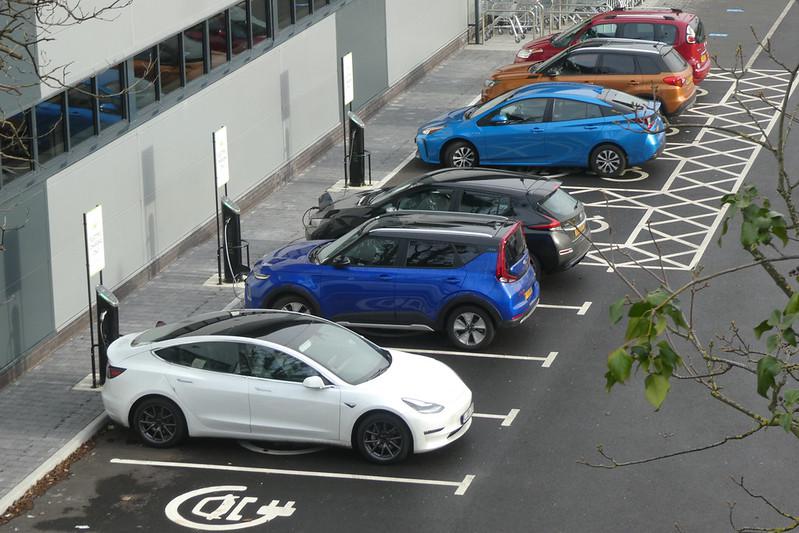 A line of electric cars at charging stations. Andrew Bone / CC BY 2.0

There are some signs that this is changing. California and Massachusetts have both announced intentions to explore a policy that would require all new cars after 2035 be electric. General Motors is the latest major automaker to announce an intention to move toward producing only electric cars. Several major transit agencies, including in Texas, are starting to switch to all-electric buses.

But we must move faster. If we electrified the nation’s transit and school bus fleets by 2030, for example, we could have more than 500,000 large mobile batteries available across the country.

To support widespread adoption of electric vehicles, we need to invest in the charging infrastructure necessary to accommodate explosive growth. We also need to make sure that as EV adoption increases, the vehicles and infrastructure are set up to use the power-transfer technology. Nissan already does this with its Leaf-to-home system. Proterra offers transit buses equipped with the technology. Dominion Energy in Virginia is working with school bus manufacturers to develop and operationalize a large-scale school bus vehicle-to-grid program.

To standardize the technology and make it accessible to everyone, utilities should seek regulatory approval to implement programs and invest in vehicle-to-grid capable infrastructure, and automakers should make it easy for consumers to install chargers that can send power both ways.

As that happens, governments at all levels should work to incorporate electric vehicles into their emergency response plans. Shelters, hospitals, emergency response centers and other buildings critical to crisis management should be equipped with the infrastructure necessary to pull power from EVs. Heavy-duty fleets like buses and trucks present particularly promising opportunities to provide power to people in need, but all the electric buses in the world won’t do any good if we’re not prepared to have them charged and ready to deploy to the areas that need them the most.

A few Tesla owners in Texas were able to draw power from their cars to stay warm and keep the lights on this month, which is great. But this valuable resource shouldn’t be limited to a few select people on a one-off basis. With more EVs on the road and careful planning and preparation, we could have millions of mobile batteries available to help keep the power on for everyone in emergencies.

Matt Casale is the transportation campaign director for U.S. PIRG, a nonprofit organization that advocates for the public interest and speaks out for a healthier, safer world in which we’re freer to pursue our own individual well-being and the common good. Matt works on the local, state and federal levels to bring about policy changes that will reduce the need to drive, electrify buses and electrify cars — so the easiest, cheapest and most pleasant ways to travel are also the cleanest and healthiest. Matt lives in Boston with his wife and two daughters.