New Documentary Celebrates the Voices of the Tar Sands Blockade 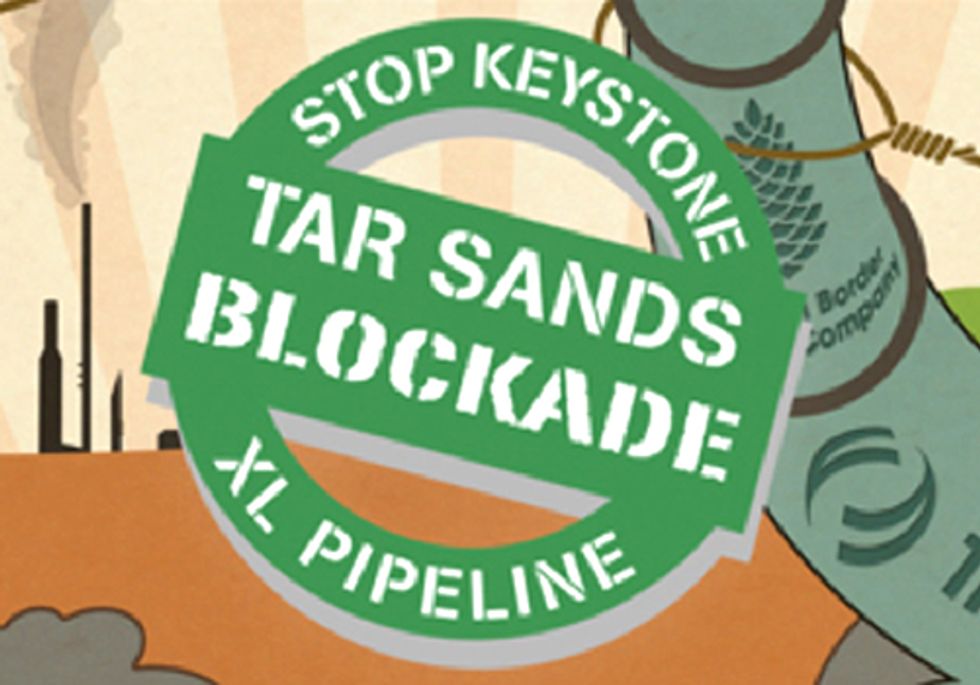 In 2012, Texas landowners and environmental activists came together to organize resistance against a dangerous pipeline being built by a Canadian corporation to bring tar sands oil from Alberta Canada to refineries near the Gulf of Mexico. This project continues despite unprecedented opposition from indigenous communities, local farmers and even global environmental movements. From this struggle, a community of resistance was born that has attracted volunteers from around the continent who have successfully defied this multi-million dollar corporation with the power of non-violent direct action.

The film is meant to be both a celebration of the blockades' achievements and a primer for those interested in joining the campaign. It explains the dangers of tar sands extraction and the risks to public health posed by the pipeline as well as the strategy of non-violent direct action that has been delaying the pipeline so far.

The story takes place in the backwoods of East Texas where the pipeline crosses farmlands and homesteads as well as aquifers and old growth forests. You will hear the voices of the blockaders who are risking their lives to stop this pipeline. In the Texas heat, they have locked themselves to heavy machinery and braved the elements by living in trees. Hear these courageous folks in their own words.

Blockadia Rising is just the opening chapter in this ongoing movement to stop this pipeline and halt the extraction of the Canadian tar sands, but the blockaders see themselves as a part of a larger struggle against the consequences of runaway climate change caused by unchecked extraction of natural resources by industry at the expense of both human and non-human communities. This film speaks to all movements for environmental and social justice and showcases direct action techniques that have never been attempted before.

Blockadia Rising: Voices from the tar Sands Blockade was written, edited and narrated by Garrett Graham, an active participant of the Tar Sands Blockade who continues to support their efforts. This film is dedicated to them, and everyone fighting for environmental and social justice.