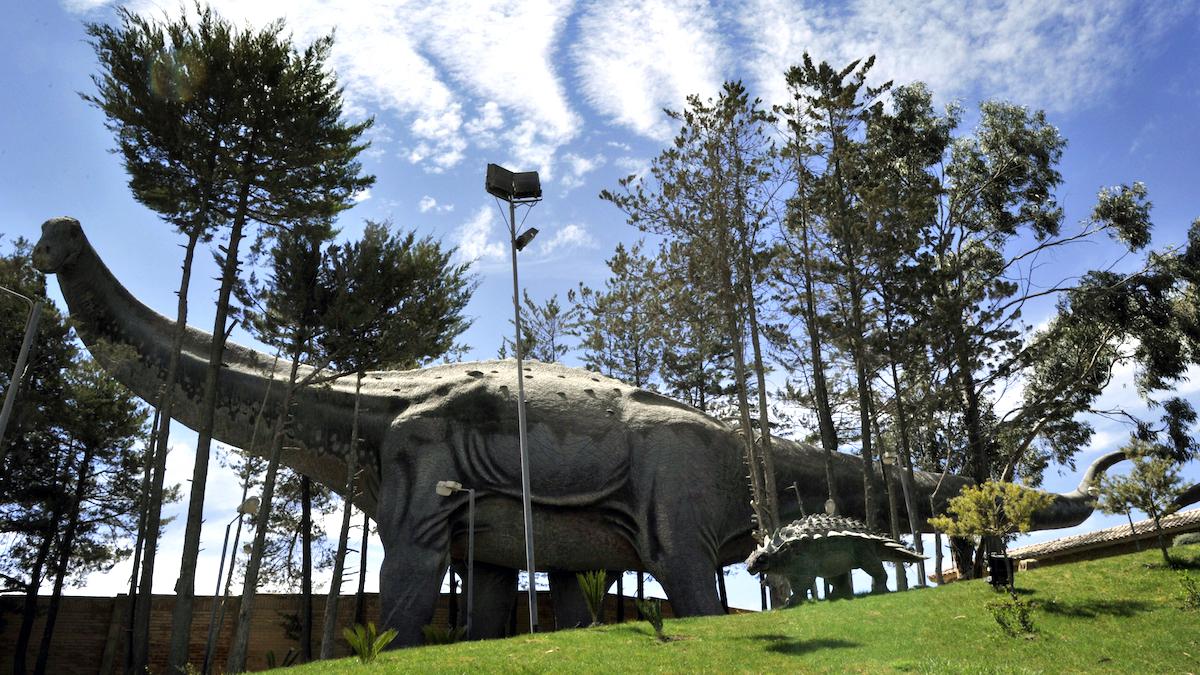 A replica of a titanosaur. AIZAR RALDES / AFP via Getty Images

Scientists attribute the fossils, which so far consist of 24 tail vertebrae and parts of the pelvic and pectoral girdle, to a titanosaur, CNN reported. Titanosaurs are a kind of sauropod dinosaur that stood on four legs, had long necks and were large in size.

“It is a huge dinosaur, but we expect to find much more of the skeleton in future field trips, so we’ll have the possibility to address with confidence how really big it was,” Alejandro Otero, study corresponding author and a paleontologist with Argentina’s Museo de La Plata, told CNN via email.

The research was conducted by the Museo de La Plata, along with the Museo Egidio Feruglio and the universities of Río Negro and Zaragoza. It was published in Cretaceous Research Jan. 12.

The research further expands the scientific understanding of sauropods. When their fossils were first uncovered in the nineteenth century, scientists thought that sauropods lived under the water because of their large size, The Independent explained. However, later research revealed that air sacs and hollow bones helped the creatures to stand on land.

Titanosaurs are the largest of the sauropods. They have been found on every continent except Antarctica, according to CNN, but the largest specimens — weighing more than 40 tons — have largely been discovered in Argentina’s Patagonia.

This includes the Patagotitan, which lived 100 million to 95 million years ago, measured as long as122 feet long and weighed up to 77 tons. (For comparison, an African elephant weighs as much as 9 tons.)

“Given the size of these bones, which surpass any of the previously known giant animals, the new dinosaur is the largest animal known that walked on Earth,” researchers said when the Patagotitan was first announced in 2014, as The Independent reported.

However, scientists now think the new dinosaur may be even larger.

“[It] is here considered one of the largest sauropods ever found, probably exceeding Patagotitan in size,” they wrote.

The new dinosaur lived 98 million years ago during the Cretaceous period and was found in an area of thick sediment in Patagonia known as the Candeleros Formation, according to CNN.

Researchers do not believe the specimen is a new species, but they are not yet sure which species it belongs to. Its closest relative so far is the Andesaurus, which could grow to be 18 meters (approximately 59 feet) long, according to The Independent.

In addition to its size, the new fossil discovery is important for what it can tell scientists about how sauropods interacted.

“The specimen here reported strongly suggests the co-existence of the largest and middle-sized titanosaurs with small-sized rebbachisaurids at the beginning of the Late Cretaceous in Neuquén Province, indicating putative niche partitioning,” the researchers wrote.