Monarch Butterflies Will Be Protected Under Historic Deal 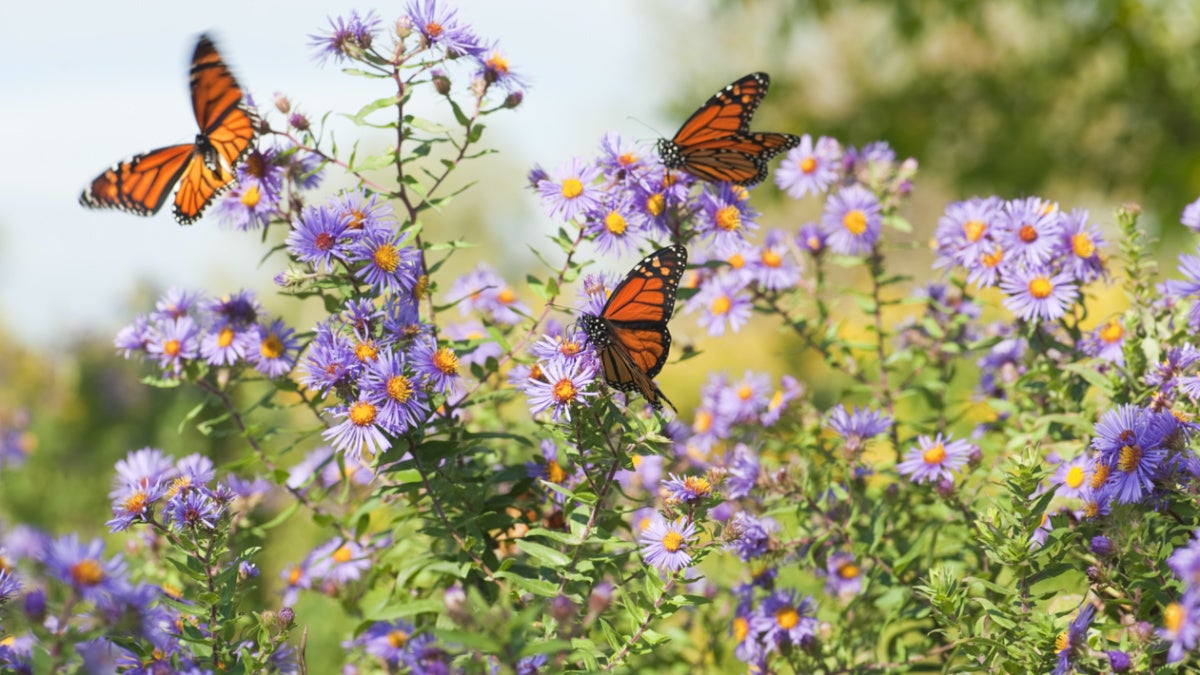 More than 45 transportation and energy companies, as well as dozens of private landowners, have agreed to create or maintain monarch butterfly habitat along "rights-of-way" corridors across the United States. DebraLee Wiseberg / Getty Images

The side of the road isn’t usually thought of as ideal habitat. But for insects, such as butterflies and their caterpillars, the long expanses of land along roads and utility corridors add up to a considerable amount of home turf.

More than 45 transportation and energy companies, as well as dozens of private landowners, have agreed to create or maintain monarch butterfly (Danaus plexippus) habitat along “rights-of-way” corridors across the United States.

The U.S. Fish and Wildlife Service (USFWS) and the University of Illinois at Chicago (UIC) have signed a historic agreement that allows participant landholders to dedicate a percentage of their lands to monarch conservation management in exchange for regulatory flexibility on the rest of their enrolled lands.

Populations of both eastern monarchs and western monarchs have declined by more than 80% over the past decade and are nearing a tipping point for migratory collapse. In light of these declines, the USFWS is set to decide in December 2020 if the monarch butterfly will be classified as a federally endangered species under the Endangered Species Act.

Land managers and businesses expressed concerns that if they voluntarily created monarch habitat and the monarch was then listed as federally endangered species, the resulting regulations to protect monarchs could complicate their operations or subject them to additional permitting requirements.

“Some companies wanted to wait to see how the listing would play out,” Iris Caldwell, a program manager at the Energy Resources Center at UIC, told Mongabay. “But if you are following what’s happening with the butterflies you know we really can’t wait. We need to be creating habitat on a variety of different landscapes, as much as we can.”

This led Caldwell and her colleagues in the Rights-of-Way as Habitat Working Group (a group of 200 transportation, energy, government, and nonprofit organizations) to ask what kinds of tools existed to eliminate these regulatory uncertainties faced by landowners.

“How can you incentivize a regulated entity or a utility to do this voluntary proactive work,” Caldwell asked, “and still give them kind of the flexibility and the certainty that they need and be able to, in fact, invest in that work without kind of a fear of repercussion?”

In the CCAA, the USFWS provides assurance that the landowner participants will not be required to take additional conservation measures on their enrolled lands if the monarch butterfly later becomes listed as an endangered species.

“So they can just kind of go about business as usual. And if they happen to accidentally kill monarchs in that process, they won’t be subjected to the under the endangered species laws,” Tara Cornelisse, a senior scientist at the Center for Biological Diversity, an organization who submitted comments on the agreement, told Mongabay. “So, in turn, what they’re supposed to do is give a percentage of those enrolled lands over to conservation.”

Some of the conservation actions available and recommended to the landholder participants are: adjusting the timing of mowing practices to avoid periods when the monarch larva will be present; moving away from broadcast herbicide spray to targeted herbicide applications; replanting after a construction project on their right-of-way; and using a native seed mix across their system that help promote beneficial plants.

This is why the role of UIC in coordinating efforts among all the partners who are involved will be really important, Caldwell says. UIC will serve as an intermediary between the landowner participants and the USFWS. The participants will be required to monitor certain data and self-report annually to UIC. UIC will follow up on any discrepancies or concerns and will then submit an annual report summarizing all of the overall work and efforts and any findings across the agreement to the Fish and Wildlife Service.

This is the largest and first nationwide CCAA in history, and Caldwell said she’s hopeful that the data collected will lead to insights to inform best management and adaptive management practices for the conservation of monarchs.

“The elephant in the room,” Cornelisse said, “is if this would preclude the listing of the species [as a federally endangered species].”

Monarchs have a much wider range of habitat and potential habitat than rights-of-way corridors. Up to 75%, of potential monarch habitat is on agricultural lands. Over the past few decades, urban sprawl, pesticide and herbicide‐intensive agriculture, and climate change have contributed to the global declines of insects, including monarchs. An ESA listing would afford the species greater protection across their range.

“The enrolled lands outside the adopted acres [areas managed for conservation] cannot be credited with benefiting monarchs,” the Center for Biological Diversity said in written public comments to the USFWS. “It is important that when the Service weighs the value of these lands in other contexts, such as the [Endangered Species Act]‐ listing decision, that not all enrolled lands be considered to be providing habitat for monarchs.”

“I think anybody who knows the science behind the monarch’s decline, and the extent of it would say, yes, this [agreement] could provide some benefits, but it cannot preclude the listing of the species,” Cornelisse said.

The USFWS anticipates that between 2 million and 26 million acres (809,000 to 10.5 million hectares) of land may be enrolled in the CCAA and CCA agreements, but the percentage of the enrolled land that will be managed for conservation is still to be determined.

“What is striking to me is so often we just don’t think of these [rights-of-way] as conservation landscapes,” Caldwell said. “Oftentimes, we don’t think of them at all. We’re just driving past thousands of miles of roadsides and utility corridors. And so, the whole idea of being able to maximize these landscapes to create habitat for species that really need it, I think, is really exciting.”