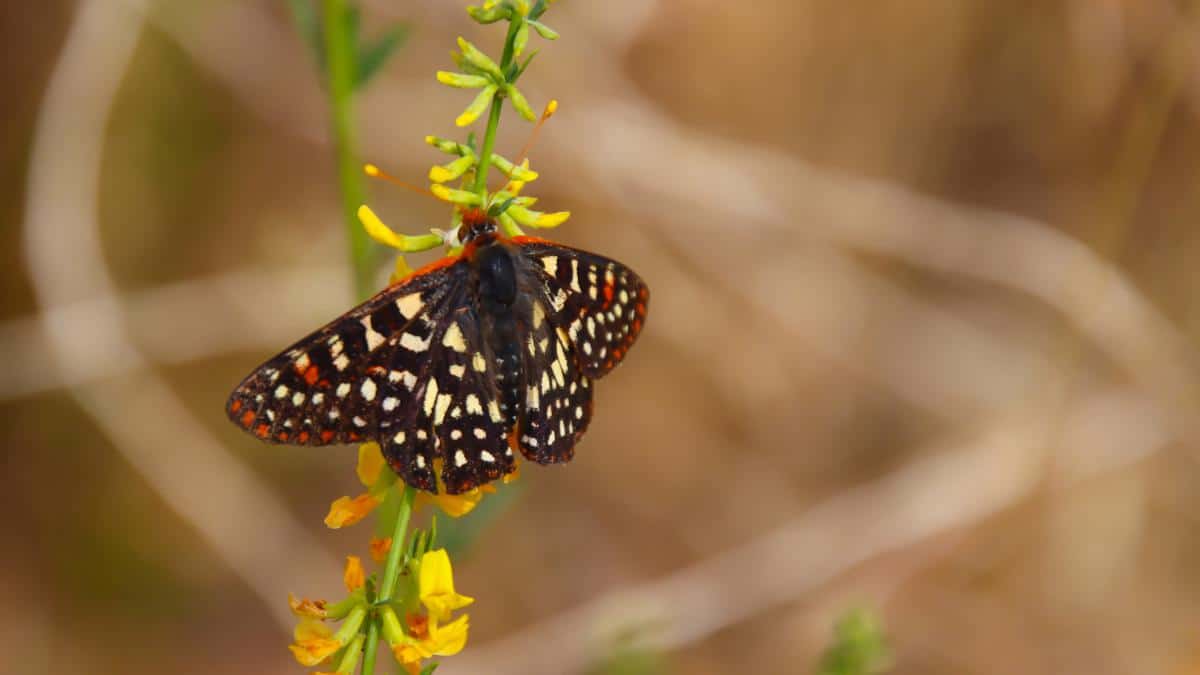 A new study published in Science on Thursday looked at three different data sets that cover the last 40 years of butterfly populations across more than 70 locations in the Western U.S. They found that butterfly populations had fallen by 1.6 percent per year, and that this was linked to warmer weather during the fall.

“That so many of our butterflies are declining is very alarming,” Dr. Tara Cornelisse, an entomologist and senior scientist at the Center for Biological Diversity (CBD), said in response to the findings. “These declines are a wake-up call that we need to dramatically reduce greenhouse gases to save these beautiful and beloved butterflies, as well as our very way of life.”

In recent years, scientists have raised the alarm about a worldwide decline in insects. A study published last spring found that the number of land-based insects was falling by about nine percent per decade. However, it has been difficult to tease out the causes of this decline, since factors like land-use change, pesticide use and climate shifts may all contribute, Gizmodo’s Earther pointed out.

To investigate the role of climate change, the researchers chose to focus on the Western U.S. because it has seen general warming and drying trends covering a wide variety of ecosystems and land uses. They looked at 450 species in 11 states, from Washington to California to New Mexico to Montana, and compared population data with temperature trends.

They found that butterfly populations actually increased with summer temperatures, probably because the warmth meant more nectar and larval bugs as food for butterflies and caterpillars. However, the warmer autumns caused their populations to fall again, likely because plants cannot survive the extended warmth and the population of predators increases. Because the declines occurred in a variety of ecosystems, including protected areas that are less impacted by pesticides, the researchers thought climate change was to blame.

“Out there, removed from those factors, we see a shifting climate as the main driver of declining butterfly numbers,” University of Texas in Reno biologist and lead study author Matthew Forister told Earther in an email.

University of Connecticut ecologist David Wagner, who was not involved with the study, said it was notable because it included protected areas.

“[T]his is one of the first global cases of declines occurring in wildlands, away from densely populated human-dominated landscapes, and the rate of 1.6 percent is calamitous,” he told The Washington Post.

Examples of species in decline include the iconic monarch butterfly, the common cabbage white butterfly and the vulnerable Edith’s checkerspot. Forister told The Washington Post that both widespread and rare species were impacted.

The findings have important implications for conservation, because they show that simply protecting one habitat is not sufficient in the context of climate change.

“We need a multi-prong approach to conserve insects. This new study adds to the evidence that in addition to habitat protections and pesticide reform, that approach must include swift and bold climate change policy,” CBD’s Cornelisse said.