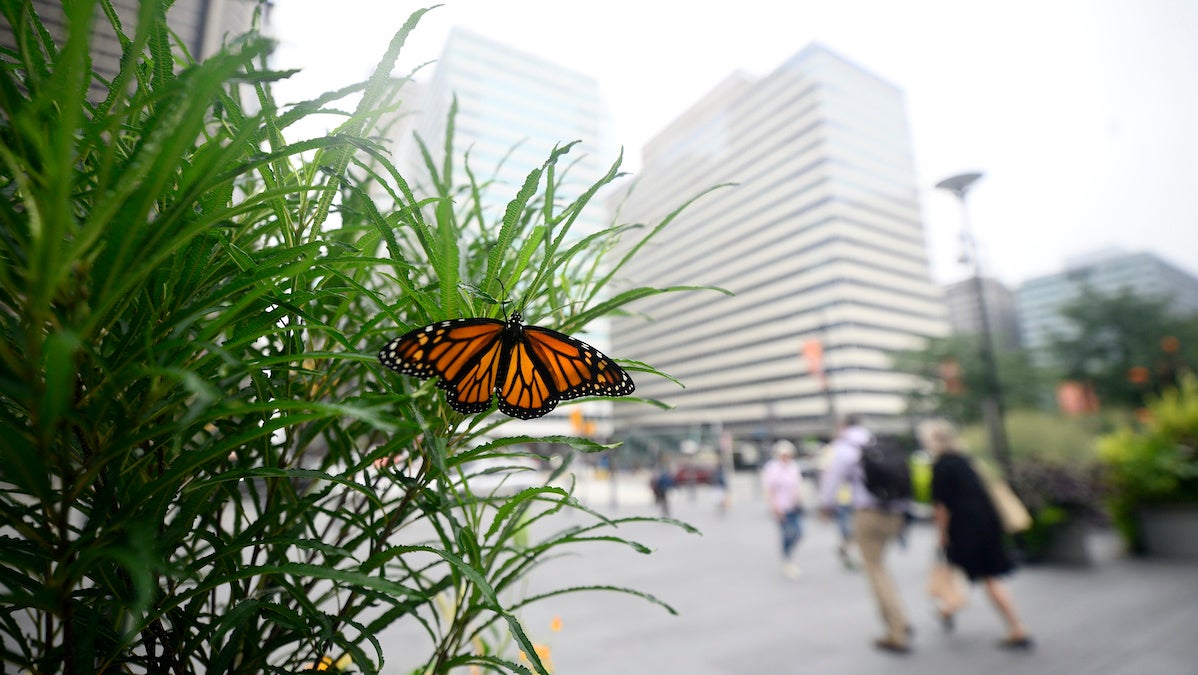 A monarch butterfly on a southbound journey rests in Dilworth Park in Philadelphia, Pennsylvania on Sept. 11, 2018. Bastiaan Slabbers / NurPhoto via Getty Images

Both Eastern and Western monarch butterflies are seeing their populations plummet precipitously, worrying scientists that the future of the species is in peril, according to multiple surveys of butterfly populations.

The New York Times recently reported on efforts to track the Western monarch butterfly, which spends its winter on California’s central coast before heading off to breeding sites that covers a wide swathe from the state’s central valley all the way to Idaho. However, recently it’s been harder to find migrating butterflies.

“Something’s going on in early spring,” said Cheryl Schultz, a professor at Washington State University in Vancouver, to The New York Times. Researchers know that winter survival isn’t the issue in the short-term, she said.

The researchers do not know if butterflies are not making it to breeding sites, unable to find mates, or starving along the way. What they do know is that the population of Western monarchs was in the millions in the 1980s, down to 200,000 three years ago, and then down to 30,000 in 2018, according to The New York Times.

Matt Forister, an insect ecologist at the University of Nevada, Reno, told the The New York Times that research identified various factors in butterfly loss, including development, climate change, farming practices and widespread pesticide use by farmers and on lawns.

An annual count showed that the population in 2020 dropped 53 percent from its already low 2019 numbers. “Scientists were expecting the count to be down slightly, but this level of decrease is heartbreaking,” said Tierra Curry, a senior scientist at the Center for Biological Diversity in a statement. “Monarchs unite us, and more protections are clearly needed for these migratory wonders and their habitat.”

As Mongabay reported, the National Commission of Protected Natural Areas of Mexico teamed up with WWF-Mexico, local communities and other partners to carry out an annual survey of the forest habitat covered by monarch butterflies that migrate from the U.S. and Canada. The area of forest inhabited by monarchs in Mexican forests is then used to estimate the monarch butterfly population.

The amount of land they covered was about seven acres, down from 15 acres in 2019.

Researchers and environmental advocates point out that stemming the climate crisis, reducing pesticide use and planting pollinator gardens could help the butterflies recover.

“Butterfly populations are bouncy,” said Schultz to The New York Times. “While we think the situation right now is very concerning, we do think there’s a lot of potential to turn it around.”