New Philippine Butterfly Subspecies Is Discovered Thanks to a Field Guide 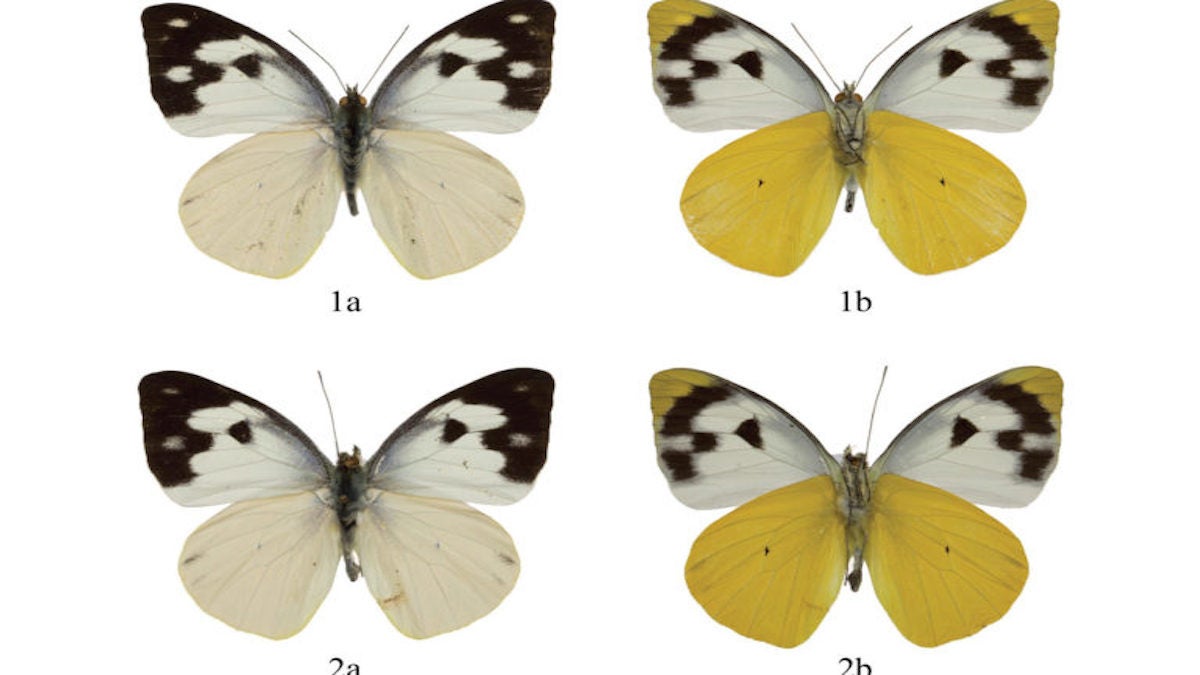 Filipino lepidopterist Jade Aster T. Badon is accustomed to traveling to some of the remotest parts of the Philippines in search of new butterfly species. In August 2019, he made a discovery in a more unexpected place: a field guide he had published himself five years earlier.

In 2014, Badon even included an illustration of this Appias phoebe subspecies in a butterfly field guide and labeled it A. p. Montana, a known subspecies. This mistake, however, was what would reveal the butterfly’s real identity years later.

It wasn’t until August last year that Badon had an epiphany. While browsing the same book and after a closer look at the butterfly’s wings, he noticed that unlike the true A. p. montana, this butterfly’s forewing underside cell end spot was funnel-shaped.

“The one found in Mount Canlaon, A. p. montana, has circular forewings,” says Badon, the president of the nonprofit research group Philippine Lepidoptera Butterflies, Inc. “I did not know that it was a new subspecies back then.” 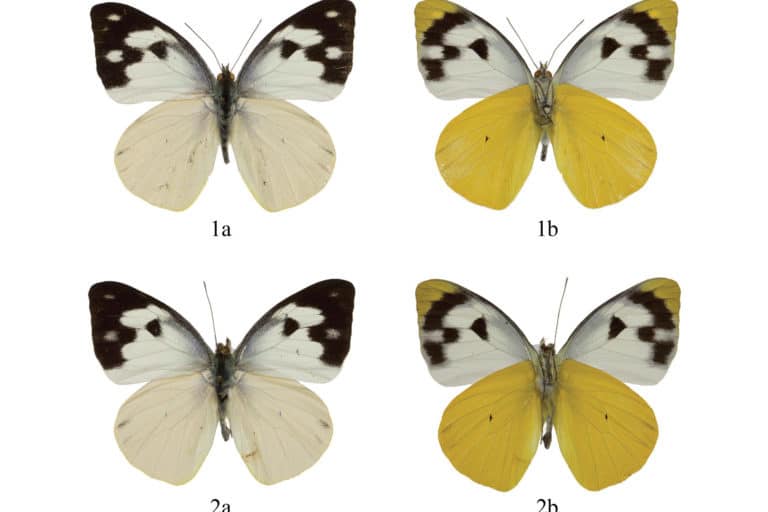 He did some digging: he checked online and library resources and found no match for the then-unknown butterfly specimen. “What was more interesting is that in Negros Island, no [butterfly] specimens have been collected from Mount Talinis when I studied the specimens,” he says in an email.

Here, they unveiled the butterfly’s new name: A. p. nuydai — after the Filipino painter, lepidopterist and naturalist Justin S. Nuyda, who pioneered butterfly studies in the Philippines.

A p. nuydai ‘s only known habitat, Mount Talinis, is a 23,564-hectare (58,228-acre) key biodiversity area in the southern part of Negros Island in the central Philippines, and is considered the province’s “last frontier”; it hosts an old-growth forest thriving with thousands of wildlife species.

The newly renamed butterfly species is the latest addition to five A. phoebe subspecies found in Luzon, Mindanao, and the islands of Negros, Palawan and Mindoro. It’s an island-specific subspecies of the Philippine-endemic Appias phoebe, first described by C. & R. Felder in 1861.

This butterfly species prefer the cool altitudes of mountain peaks, and A. p. nuydai is specific only to the peaks of Mount Talinis, where it was first seen flitting around Lake Nailig at an elevation of 1,578 meters (5,177 feet) in 2012.

In May that year, Badon, from Silliman University on Negros Island, obtained a research permit from the Philippines environment department to do a broader biodiversity study of Mount Talinis, a “potentially active” volcano. That’s when he discovered the butterfly by surprise.

“We were camped on the shores of Lake Nailig,” Badon says. “We woke up early to have breakfast, and as soon as the sun started rising, hitting the peaks of Mount Talinis, I noticed some yellow and white butterflies flying and puddling on the lakeshores near our camp. I grabbed my insect net and caught two specimens before we left the campground to trek back down to the city.” 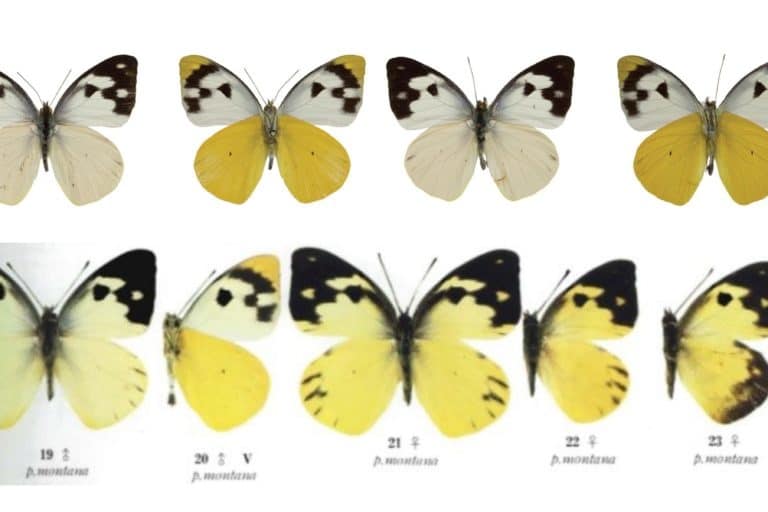 A.p. nuydai (above) was initially mislabeled as A. p. Montana (below), another subspecies of the Appias phoebe butterfly species that’s endemic to the Philippines. J. Badon; A. p. montana image taken from Tsukada, et. al. (1985)

All the while, Badon was unaware it was a new subspecies. Its close resemblance to A. p. montana, another subspecies found only on neighboring Mount Canlaon, also on Negros Island, hid the butterfly’s real identity for years despite Badon’s trained eyes.

Since then, the specimens have been kept in a collection at the University of Florida’s McGuire Center for Lepidoptera and Biodiversity, where Badon did his master’s and doctoral studies in entomology and nematology from 2011 to 2018.

Studies point to climate change as possibly the biggest threat to high-elevation butterflies, which could change the distribution of this species.

This raises the “need to study the high elevation butterflies to determine how they are adapting to the changing climate and environment,” Badon says. “I hope to increase awareness on the importance of insects such as butterflies in the country since they are also great indicators of a healthy environment.”

During their 2012 research expedition, Badon spotted only seven to 10 individuals of this subspecies; further studies are needed to determine its abundance in its only known habitat to be able to assess its conservation status.

“The peak of Mount Talinis still has forests and as long as it stays that way, the species will thrive,” Badon says. “But I’m not sure how climate change will affect them.”