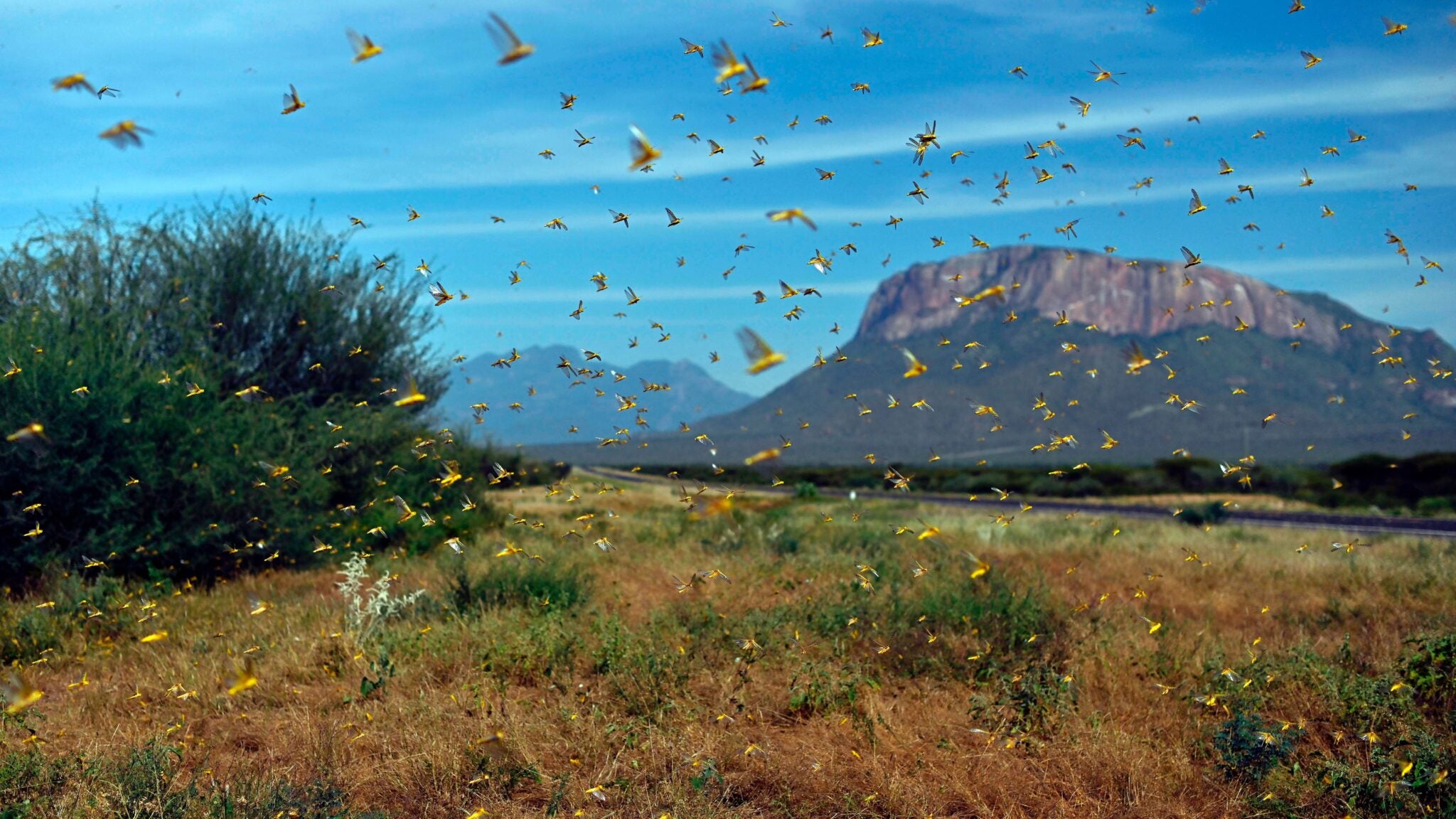 East Africa is facing its worst locust infestation in decades, and the climate crisis is partly to blame.

The UN’s Food and Agricultural Organization (FAO) said that Ethiopia and Somalia had not seen a swarm this bad in 25 years, while Kenya was facing its largest infestation in 70 years, BBC News reported.

“Vulnerable families that were already dealing with food shortages now face the prospect of watching as their crops are destroyed before their eyes,” UN humanitarian chief Mark Lowcock told Kenya’s Capital News.

Over 11 million people in Kenya, Ethiopia & Somalia already suffer from acute food insecurity. #Locusts are threatening to make it a lot worse.

It is critical that we anticipate potential deterioration.

The desert locust swarm came across the Red Sea from Yemen and was encouraged by heavy rains in late 2019, according to BBC News. The UN was already warning that the infestation could spread from Ethiopia in November. Some farmers in the country’s Amhara region lost 100 percent of their crops, and a swarm forced an Ethiopian passenger plane off course in December.

Locusts can travel 93 miles a day, and each adult can eat its weight in food in the same time span. A small swarm can eat enough food to feed 35,000 people in 24 hours, The Associated Press reported, and the locusts have already infested around 172,973 acres of land in Kenya.

“The speed of the pests’ spread and the size of the infestations are so far beyond the norm that they have stretched the capacities of local and national authorities to the limit,” the FAO said, according to BBC News.

The unusual size of the swarms is connected to the climate crisis, The Associated Press explained further:

Heavy rainfall and warmer temperatures are favorable conditions for locust breeding and in this case the conditions have become “exceptional,” he said.

Rainy conditions expected in March could cause the locust swarms to grow by a factor of 500 before drier weather is expected in June, the UN said.

Now, authorities are working to control the infestation by spraying pesticides from the air. The UN funneled million towards the spraying Wednesday, but said that million was needed to spray sufficiently.

“This one, ai! This is huge,” Kipkoech Tale, a migratory pest control specialist with the Kenyan agriculture ministry, told The Associated Press. “I’m talking about over 20 swarms that we have sprayed. We still have more. And more are coming.”