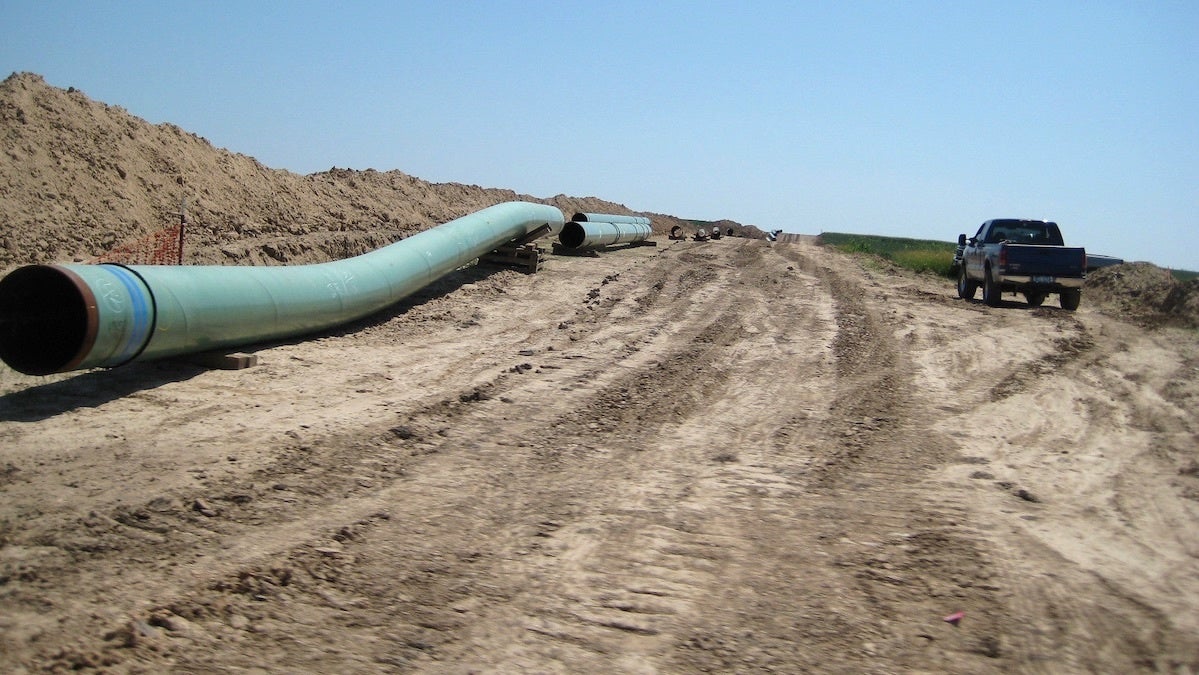 A federal judge delivered a win to endangered species and a blow to the controversial Keystone XL pipeline on Wednesday when he tossed a crucial permit it needed to cross hundreds of rivers and streams.

The ruling marks yet another setback for the 1,200 mile-long fossil fuel project that was first proposed in 2008 but canceled twice during the Obama administration over climate concerns before President Donald Trump resuscitated it in the early days of his administration, The Associated Press Reported.

“The court has rightfully ruled against the Trump administration’s efforts to fast track this nasty pipeline at any cost,” Tamara Toles O’Laughlin of environmental group 350.org said in a statement reported by The Guardian. “We won’t allow fossil fuel corporations and backdoor politicians to violate the laws that protect people and the planet.”

Chief U.S. District Judge Brian Morris ruled in Montana in favor of a coalition of green groups including the Sierra Club, the Center for Biological Diversity and the Natural Resources Defense Council (NRDC) who brought the suit challenging the permit last year, HuffPost reported.

Today, following a lawsuit by @BoldNebraska, @CenterForBioDiv, @Friends_Earth, @norplains, @SierraClub & @NRDC a judge invalidated a key permit for the #KeystoneXL pipeline. The work is not over, but we’ll keep fighting to stop this dirty pipeline! https://t.co/TOwDPL4JyQ

He found that the U.S. Army Corps of Engineers did not consider how a 2017 water crossing permit would impact endangered species like pallid sturgeon.

While the decision comes less than two weeks after pipeline construction started on the U.S. / Canada border in Montana, it won’t immediately halt that construction, The Associated Press reported. However, it could cause major delays going forward.

“It creates another significant hurdle for the project,” Anthony Swift of NRDC told The Associated Press. “Regardless of whether they have the cross border segment … Keystone XL has basically lost all of its Clean Water Act permits for water crossings.”

Pipeline owner TC Energy said it would review the decision but pledged to move ahead.

“We remain committed to building this important energy infrastructure project,” the company said in a statement reported by The Guardian.

However, the project could face an even more immediate setback. The same judge will hear a case Thursday, April 16 brought by tribal communities seeking an injunction to halt the just-started construction on the border over concerns construction workers could bring the new coronavirus to rural communities there.

Tomorrow, the same federal judge will hear from Tribes calling for Trump’s presidential permit to be rescinded. It is unconscionable that @TCEnergy Energy continue construction during a global pandemic, w/out permits. It's time to #CancelKXL Photo credit: Curtis Yaz (Blackfeet) pic.twitter.com/jZbepgw1Qz

If and when the project is completed, it would transport around 830,000 barrels of oil a day from the tar sands in Alberta, Canada to Nebraska, where it would connect to pipelines leading to refineries on the U.S. Gulf Coast.