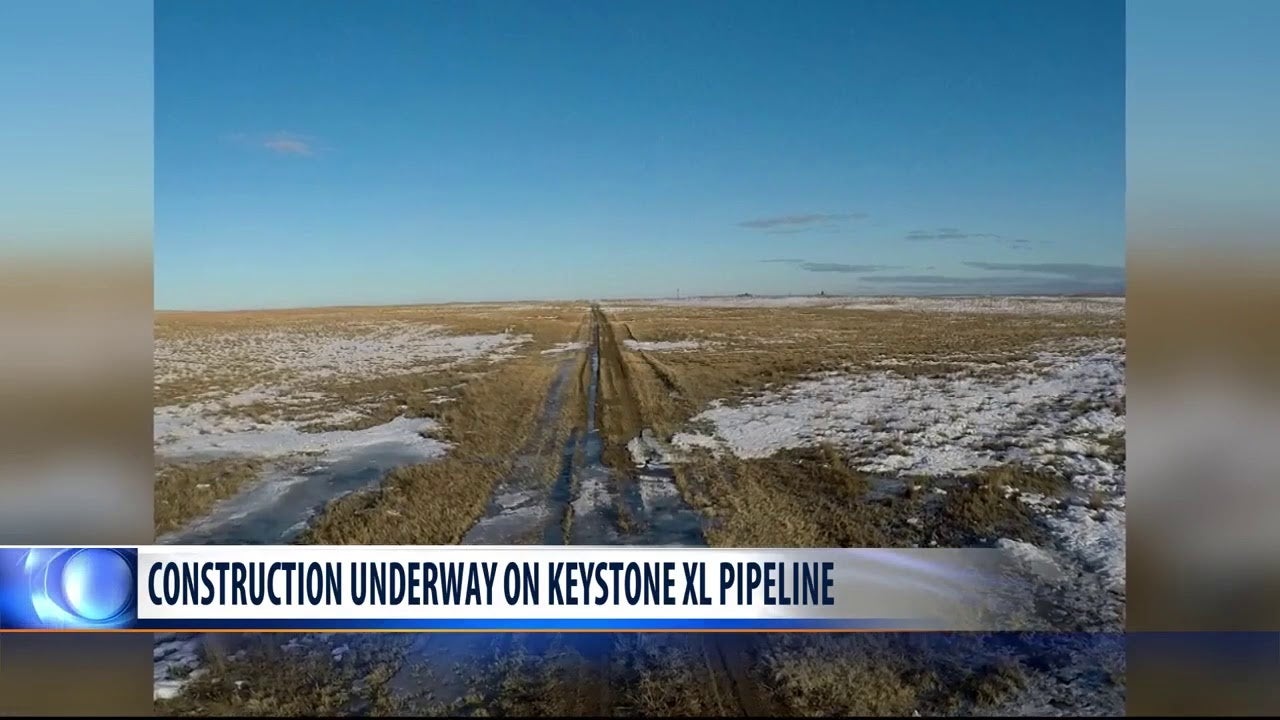 Despite the ongoing coronavirus pandemic, which has restricted the ability to gather in peaceful assembly, a Canadian company has moved forward with construction of the controversial Keystone XL pipeline, according to the AP.

As EcoWatch reported, last week Canada-based TC Energy said it would start construction despite the climate impacts of the pipeline and the concerns about transporting construction crews during the coronavirus outbreak.

The construction that began yesterday involved around 100 workers in a remote border crossing between Montana and Canada, which is home to cattle ranches and wheat fields, according to a spokesperson from TC Energy, as the AP reported. The number of people involved in the construction is supposed to grow into the thousands as construction advances.

The government in Alberta is throwing in .1 billion to support construction of the pipeline, which will stretch 1,210 miles from the town of Hardisty, in Alberta, Canada, to Steele City, Nebraska, and will begin operating in 2023, as The Hill reported. The investment from Alberta’s government will support construction through 2020 and triggered the surprise announcement that construction would begin. The pipeline is predicted to carry 830,00 barrels of crude every day for transfer to refineries and export terminals in the Gulf of Mexico.

Alberta will also guarantee a billion loan to TC Energy.

Even though the pipeline has been delayed for some time as it has been held up in court and demand for oil has plummeted, and even though Montana is under “stay-at-home” orders, the pipeline was granted an exception to Gov. Steve Bullock’s order. The “stay-at-home” directive did not address worker camps, according to the AP.

The plans for the pipeline call for 11 worker camps, some housing up to 1,000 people. Local officials and tribal leaders for indigenous people say the camps could potentially spread the coronavirus into the area. Gov. Bullock, who is concerned about the virus spreading, “would want those concerns addressed prior to TC Energy and their contractors finalizing their plans of operations for those segments of construction,” said spokeswoman Marissa Perry to the AP.

TC Energy said it would check all workers for fever and ensure they practice social distancing.

However, as Bill McKibben, founder of 360.org, noted in The Guardian, the worker camps on the edge of Native American territory bring up memories of introduced epidemics that wiped out 90 percent of the Native American population.

“As Faith Spotted Eagle of the Yankton Sioux put it, ‘this causes eerie memories for us [of] the infected smallpox blankets that were distributed to tribes intentionally,'” McKibben wrote.

Environmental activists agreed with that assessment.

“This is a shameful new low,” Catherine Collentine, associate director of the Sierra Club’s Beyond Dirty Fuels campaign, said in a statement, as The Hill reported. “By barreling forward with construction during a global pandemic, TC Energy is putting already vulnerable communities at even greater risk.”

A hearing to block the work is scheduled for April 16. In January, the federal judge who will hear arguments did not issue an order to stop work because TC Energy said there were no immediate plans to begin work, according to the AP.

Stephan Volker, an attorney for the environmental groups asking the judge to intervene, said the company’s decision to “jump the gun” before next week’s hearing was an insult to U.S. District Judge Brian Morris, as the AP reported.