Keystone XL Pipeline Construction to Forge Ahead During Coronavirus Pandemic 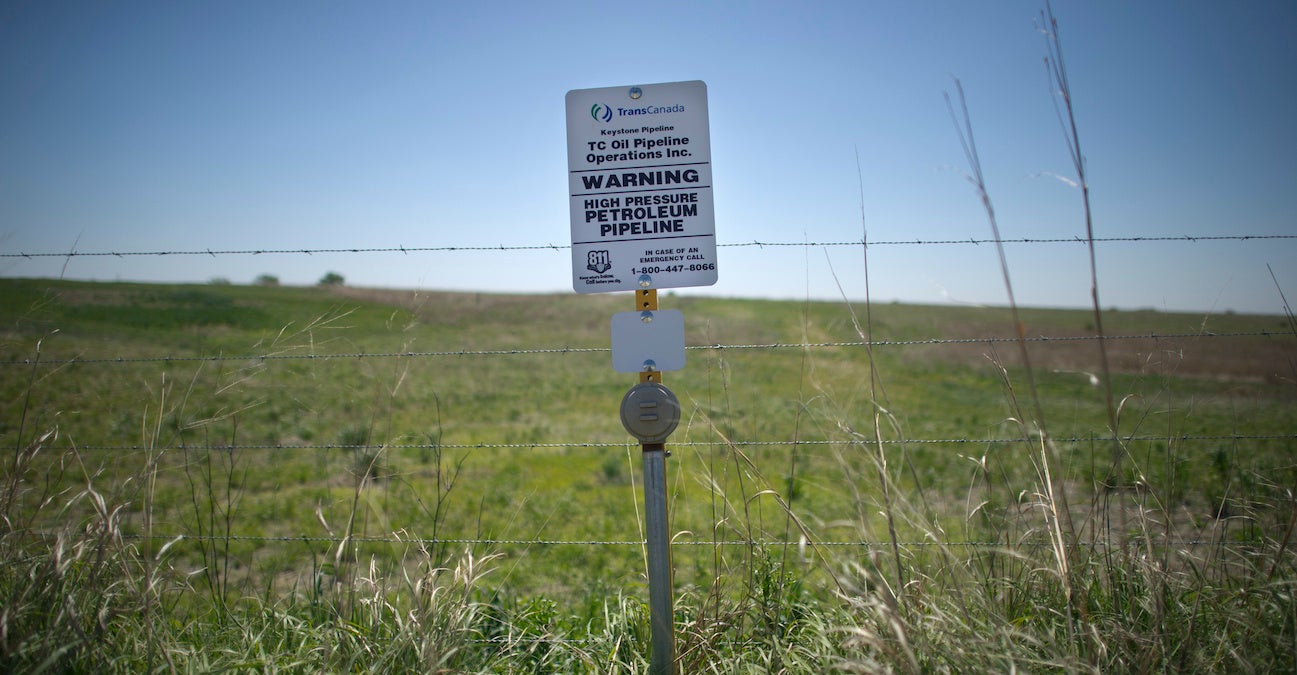 The company behind the controversial and long-delayed Keystone XL pipeline announced it would proceed with the project Tuesday, despite concerns about the climate impacts of the pipeline and the dangers of transporting construction crews during a pandemic.

Pipeline owner TC Energy Corp. also announced that Alberta’s government had invested around .1 billion to cover most construction costs through the end of 2020, CBC News reported. The completed 1,210 mile pipeline will have the capacity to transport 830,000 barrels of oil a day from Hardisty, Alberta to Steele City, Nebraska, where it will connect to pipelines traveling to Gulf Coast refineries, TC Energy said. Construction along the pipeline route in Alberta, at the U.S. and Canadian border and in the states of Montana, South Dakota and Nebraska will begin immediately, CBC News reported.

“This is a shameful new low,” Sierra Club’s Beyond Dirty Fuels campaign associate director Catherine Collentine said in a statement reported by The Hill. “By barreling forward with construction during a global pandemic, TC Energy is putting already vulnerable communities at even greater risk.”

The pipeline has long faced opposition from environmentalists who say it promotes the use of especially dirty tar sands oil in a time of climate crisis, and indigenous and local communities who oppose its construction on their land.

Following nationwide protests, President Barack Obama blocked construction in 2015, but President Donald Trump reversed that decision when he took office. The Nebraska Supreme Court smoothed one regulatory hurdle when it approved an alternative route for the pipeline in 2019 despite the opposition of landowners and Native American tribes, but, according to CBC News, a hearing in another case against the pipeline will take place in Montana April 16.

The timing of TC Energy’s announcement has spawned a new line of opposition, however — communities along the pipeline route who are concerned that construction crews could spread the new coronavirus.

Even before TC Energy’s announcement, the group Bold Nebraska launched an online petition calling on the company to cancel all construction in Montana, South Dakota and Nebraska while the outbreak lasts.

“Our rural communities are strained as it is for medical supplies and hospital beds amid a global pandemic. TC energy must put an end to any construction in our small towns as the pandemic grows across our country,” the group’s founder Jane Kleeb told NPR.

TC Energy, meanwhile, argued that it could keep workers and communities safe and keep building.

“During construction, we will continue to take guidance from all levels of government and health authorities to determine the most proactive and responsible actions in order to ensure the safety of our crews and community members during the current COVID-19 situation. Construction will advance only after every consideration for the health and safety of our people, their families and of those in the surrounding communities has been taken into account,” TC Energy President and CEO Russ Girling said in a statement.

The Alberta government, which is backing the project both with an initial investment and a .2 billion loan, said the project would generate more than 1,400 direct and 5,400 indirect jobs and would bring in billion to the governments of Alberta and Canada, according to CBC.

“We cannot wait for the end of the pandemic and the global recession to act. There are steps we must make now to build our future focused on jobs, the economy and pipelines,” Alberta Premier Jason Kenney said, according to NPR.

But Kleeb argued to NPR that the project was not such a sure bet, noting that if a Democrat wins the 2020 U.S. presidential election, the pipeline may well be vetoed again.

“He may want voters to believe that boom times are just around the corner, but even before COVID-19, global investors and central bankers were warning that the smart money is moving out of fossil fuels,” he told CBC News.