In Major Win for Indigenous Rights, Supreme Court Rules Much of Eastern Oklahoma Is Still a Reservation 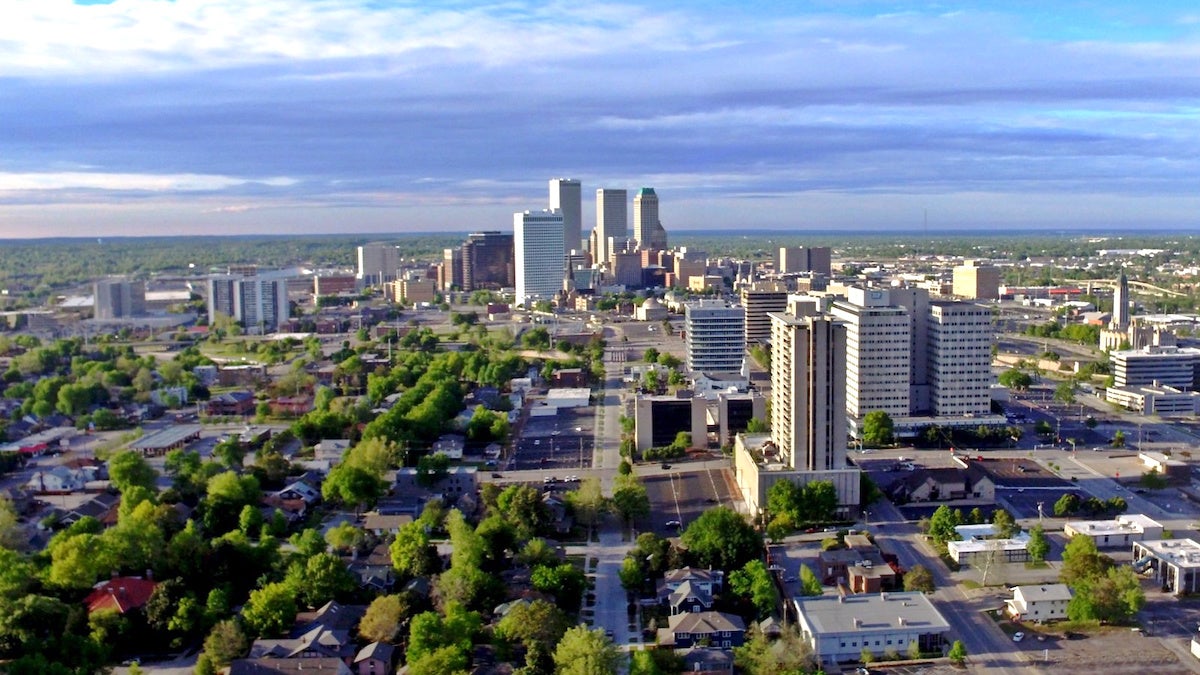 Much of Eastern Oklahoma, including most of Tulsa, remains an Indian reservation, the Supreme Court ruled on Thursday. JustTulsa / CC BY 2.0

Much of Eastern Oklahoma, including most of Tulsa, remains an Indian reservation, the Supreme Court ruled on Thursday.

The 5-4 decision, which The New York Times said was possibly the biggest legal victory for Indigenous Americans in decades, affirmed that lands granted to the Muscogee (Creek) Nation by Congress in the 19th century remained theirs after Oklahoma became a state.

The decision comes after a long and painful history of forced removals and broken treaties endured by Native Americans at the hands of the U.S. government. The land in what is now Oklahoma was granted to the Creek in the first place following their forced relocation from their homes in Georgia and Alabama in the 1830s. This is something that Justice Neil Gorsuch acknowledged in writing the majority opinion.

“On the far end of the Trail of Tears was a promise,” he wrote.

Justices Ruth Bader Ginsburg, Stephen Breyer, Sonia Sotomayor and Elena Kagan joined him in the majority, while Chief Justice John Roberts wrote the minority opinion, according to the SCOTUS blog.

The case that led to the ruling, McGirt v. Oklahoma, involved a Seminole man named Jimcy McGirt who was convicted of sex crimes against a child on Creek land, NPR explained. After he was convicted, he argued that his case should be retried in federal court because the state court lacked jurisdiction: Congress had never disbanded the Creek reservation, so the tribe retained sovereignty, according to NPR and The New York Times.

“When our tribes were removed west of the Mississippi, to what is now Oklahoma, we were promised that this land would be ours for as long as the grass grew and the waters ran. That commitment from the United States was more than just a promise — it was the law. For more than a century, Oklahoma ignored the law and stepped on our treaty rights. Today, the Supreme Court said no more,” Cherokee Nation citizen Rebecca Nagle said in an article published by Indigenous Rising Media.

Today the US Supreme Court effectively ruled a portion of Oklahoma is indeed Indian Territory. It is a great day to be indigenous.

The ruling has two main implications, according to NPR.

The decision impacts the Muscogee (Creek) and four other nations with similar treaties: the Cherokee, Chickasaw, Choctaw and Seminole.

In his minority opinion, Roberts worried this would lead to confusion for the state’s criminal justice system.

“The state’s ability to prosecute serious crimes will be hobbled and decades of past convictions could well be thrown out,” Roberts wrote, according to The New York Times. “On top of that, the court has profoundly destabilized the governance of eastern Oklahoma.”

However, United States Attorneys for the Northern, Eastern and Western Districts of Oklahoma said they were confident they could handle the new arrangement.

“As Oklahoma’s United States Attorneys, we are confident tribal, state, local, and federal law enforcement will work together to continue providing exceptional public safety under this new ruling by the United States Supreme Court,” they said in a statement reported by Mvskoke Media.

There is also a chance the ruling could impact oil and gas operations in Eastern Oklahoma, E&E News explained. That’s because those operations will now be taking place on federal land, rather than state land, and could be subject to tougher regulations.

“The status of land is a really big point in determining who has regulatory authority, and that’s why it has broad implications,” Elizabeth Kronk Warner, dean of the S.J. Quinney College of Law at the University of Utah, told E&E News. “Anytime there is oil and gas development on federal land, you have to go through the federal government to get your permitting and everything, and that’s true for development in Indian Country.”