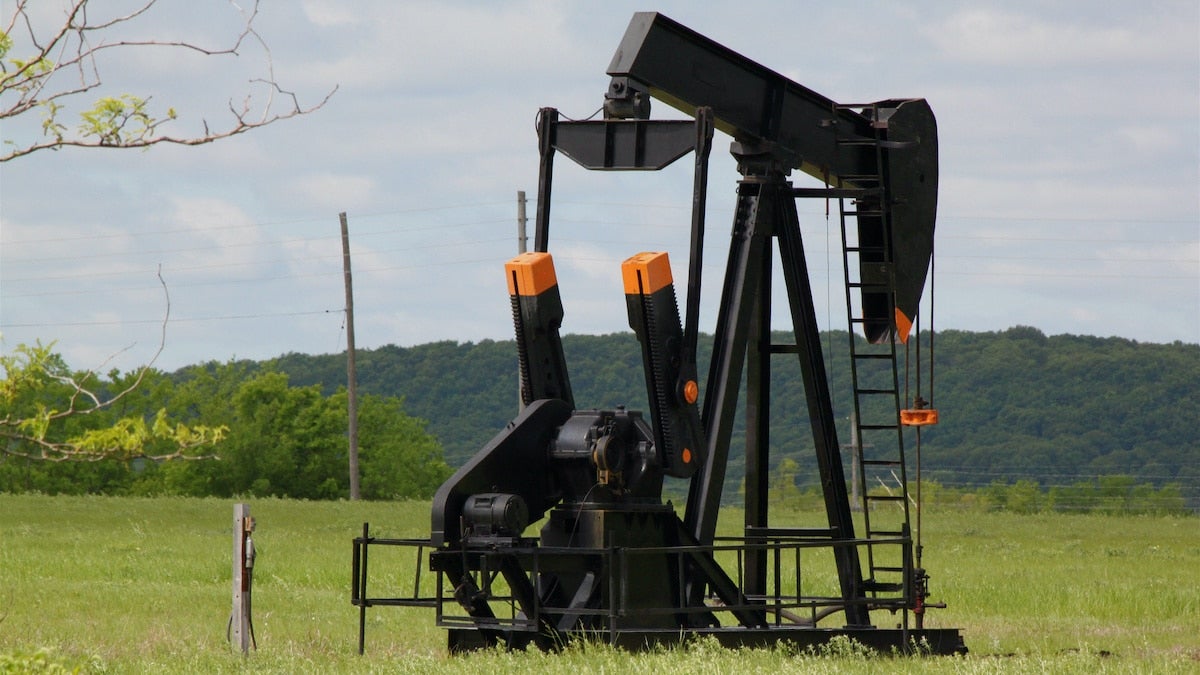 An oil pump is seen in Glenpool, Oklahoma. roy.luck / Wikimedia Commons / CC by 2.0

In a little-noticed development last week that drew ire after being reported Monday, the Trump administration’s EPA granted the state of Oklahoma wide-ranging environmental regulatory control on nearly all tribal lands in the state, stripping dozens of tribes of their sovereignty over critical environmental issues.

The Young Turks which first reported the news, obtained a copy of an October 1 letter from EPA Administrator Andrew Wheeler granting a request by Republican Gov. J. Kevin Stitt for control of environmental regulations on tribal land on a wide range of issues, including:

The Environmental Protection Agency @EPA has stripped indigenious tribes of regulatory control over environmental issues on nearly all tribal lands.

WE DEMAND INDIGENOUS AND TRIBAL SOVEREIGNTY!

Wheeler’s letter acknowledges McGirt v. Oklahoma, in which the U.S. Supreme Court ruled in July that much of eastern Oklahoma is Native American land. The new EPA move essentially means the state of Oklahoma now has the same rights as it did before McGirt. Attorney General William Barr has joined Republican leaders in seeking ways to undermine the landmark ruling.

It is the latest reservation added after a Supreme Court ruling in July found about half of Oklahoma is legally part of an Indigenous reservation, based on historical claims of the Muscogee (Creek) Nation. pic.twitter.com/D2F6YQbnwu

The fossil fuel and industrial agriculture industries wield tremendous power in Oklahoma. The state Capitol—which was built on stolen Indigenous land—sits atop a large oil field and has a working oil rig on its grounds. The names of oil companies are also inscribed inside the building’s dome.

“After over 500 years of oppression, lies, genocide, ecocide, and broken treaties, we should have expected the EPA ruling in favor of racist Gov. Stitt of Oklahoma, yet it still stings,” Casey Camp-Horinek, environmental ambassador and elder and hereditary drum keeper for the Ponca Tribe of Oklahoma, told TYT.

Under the Trump administration, destroying all environmental protection has been ramped up to give the fossil fuel industry life support as it takes its last dying breath. Who suffers the results? Everyone and everything! Who benefits? Trump and his cronies, climate change deniers like Gov. Stitt, Sens. [James] Inhofe and [James] Lankford, who are financially supported by big oil and gas.

I am convinced that we must fight back against this underhanded ruling. In the courts, on the frontlines and in the international courts, life itself is at stake.

The EPA attempted to assuage tribal leaders in a September 29 summary report in which the agency vowed to adhere to federal law. However, under President Donald Trump, the agency has reversed, or is in the process of reversing, over 100 environmental rules governing clean air and water, toxic chemicals, and more.

The summary report notes that the EPA consulted with 13 Indigenous tribes. It also acknowledges that all of the tribes questioned the limited time and geographical scope of the consultations.