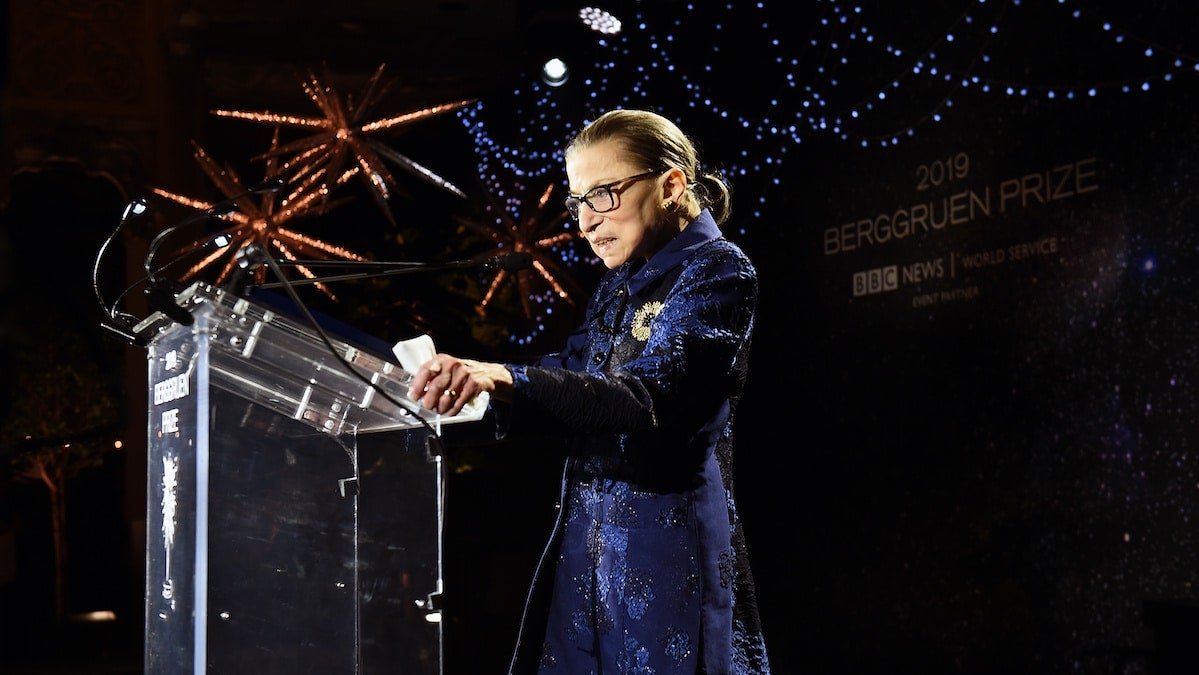 The passing of U.S. Supreme Court Justice Ruth Bader Ginsburg means the nation’s highest court has lost a staunch advocate for women’s rights and civil rights. Ginsburg was a tireless worker, who continued to serve on the bench through multiple bouts of cancer. She also leaves behind a complicated environmental legacy, as Environment and Energy News (E&E News) reported.

While it was often assumed that Ginsburg would decide in favor of environmental advocates in cases argued before the Supreme Court, the truth is that she often decided based on the nuances of the law rather than the decision that was best for the planet, according to E&E News.

She sided with the majority in the 5-4 decision of Massachusetts v. EPA. That case, argued before the court in 2006 and decided in 2007, found that the Clean Air Act gave the U.S. Environmental Protection Agency (EPA) the authority to regulate greenhouse gases that are spewed from the tailpipes of cars, according to POLITICO.

And yet, Ginsburg also wrote the opinion of the court in the 2011 decision of American Electric Power Company v. Connecticut. That decision stripped the authority of the states and private companies to sue power companies for their contribution to the climate crisis in federal court under a public nuisance law, as E&E news reported.

Ginsburg, in that decision, emphasized the EPA’s authority to regulate greenhouse gases, as POLITICO reported. That authority paved the way for the Obama administration to issue new rules for power plants that drastically reduced how much pollution they could spew into the air and waterways.

The decision, which on its face seemed to limit the rights of people and states to hold polluters accountable for their actions, actually empowered state attorneys general to sue in state court. This authority has been upheld, despite repeated attempts by the fossil fuel industry to move the cases to the federal courts, according to POLITICO.

Ginsburg did look to expand the authority of regulatory agencies to rein in polluters. She joined the dissent in two notable cases, Solid Waste Agency of Northern Cook County v. Army Corps of Engineers and Rapanos v. United States, both of which would have expanded the definition of the Clean Water Act, according to E&E News.

In 2014, Ginsburg wrote the majority opinion in a case that allowed the EPA to regulate coal plants where their emissions blew across state lines and affected the air quality of states that were downwind, according to The Washington Post. That case is credited with putting an end to some of the country’s filthiest power plants, according to POLITICO.

Gina McCarthy, the EPA administrator under Obama and now the president and CEO of the National Resources Defense Council, said in 2014 that the decision was “a resounding victory for public health and a key component” of the agency’s attempts to “make sure all Americans have clean air to breathe,” as The Washington Post reported.

In an NRDC statement on Friday, McCarthy praised Ginsburg’s life work. “From her pathbreaking advocacy for gender equality to her relentless defense of democracy itself, Justice Ginsburg widened our vision of who we are, enlarged in law the values we share and raised, forever, the possibility of what we might become.”

“Justice Ginsburg was a pioneer for gender equality, civil rights, and the right of citizens to sue to protect their environment. The legal community lost a champion for the underdog and the nation as a whole,” said Trent Dougherty, general counsel for the Ohio Environmental Council, in a statement.

Michael Brune, Sierra Club executive director said in a statement, “As we mourn the loss of Justice Ginsburg, we should reflect on her words that ‘Real change, enduring change, happens one step at a time. Those of us who strive to make change for good in this world — whether it be fighting for racial justice, reproductive rights, or for a livable future — must continue the fight in her honor.”