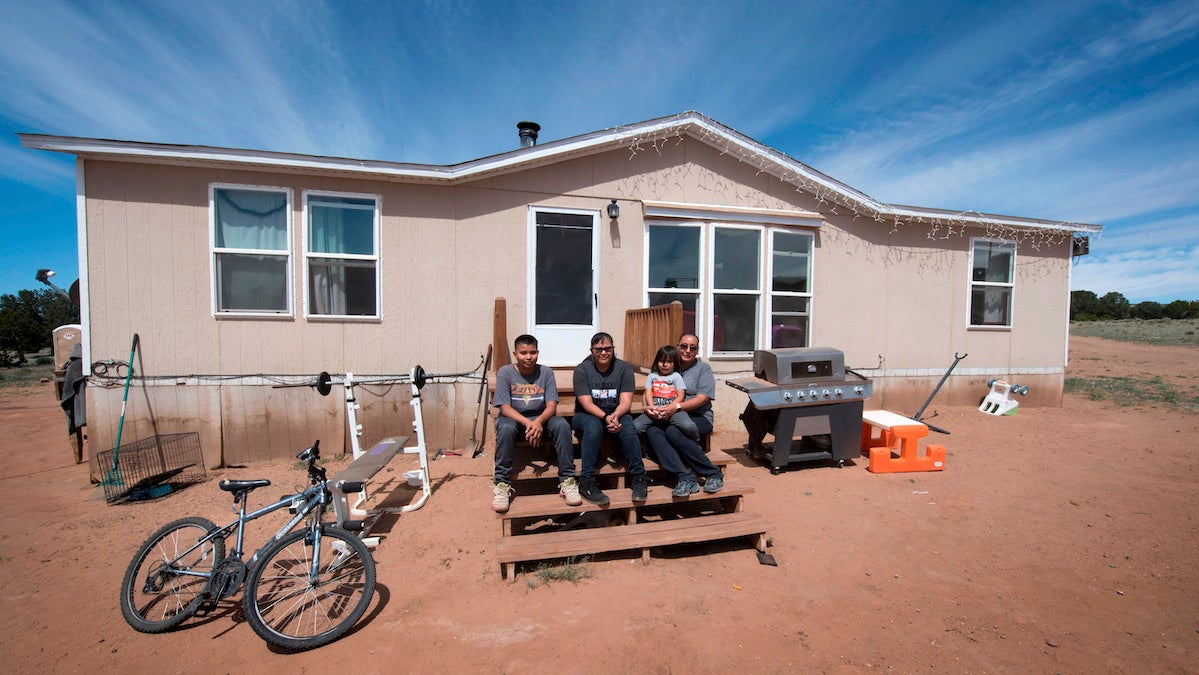 A family that has no running water sits outside their home in the Navajo Nation town of Thoreau, New Mexico on May 22, 2020. MARK RALSTON / AFP via Getty Images

Frustrated and disgusted that it has taken so long for the Department of the Treasury to distribute Federal stimulus funds to Native American tribes, a federal judge ordered Secretary Steve Mnuchin to distribute the money immediately, according to HuffPost.

The decision from U.S. District Judge Amit Mehta was particularly critical of Mnuchin’s decision to hold back 9 million in funding set aside for tribes while waiting on a decision in another case that will determine whether tribal businesses are eligible for the funding, as The Hill reported.

“Continued delay in the face of an exceptional public health crisis is no longer acceptable,” said Mehta, who gave Mnuchin until Wednesday to disburse the funds, as HuffPost reported.

“The Secretary has now taken more than twice as much time as Congress directed to distribute all CARES Act funds,” Mehta wrote, referring to the .2 trillion March legislation that earmarked billion for tribal governments, according to The Hill. “The 80 days they have waited, when Congress intended receipt of emergency funds in less than half that time, is long enough.”

The money is desperately needed, as the Navajo Nation saw the largest spike in COVID-19 cases per capita in the nation and access to clean water and reliable healthcare remain limited for many tribes.

As a result of the delayed payments, the Navajo Nation has not been able to develop adequate COVID-19 response and protection plans, like hazard pay for employees and sanitation of buildings and businesses on the largest reservation in the country, according to Navajo Nation President Jonathan Nez, as IndianZ reported.

Nez stressed that the delay is significant since the CARES Act requires the tribes’ money to be spent by Dec. 31.

“There’s a timeline on this,” Nez said, as as IndianZ reported. “We need to get those dollars to all the tribes across the country so they can help their citizens. We are wanting to use these dollars for the immediate needs.”

When Congress set aside billion for tribes when it passed the CARES Act stimulus package in late March, it directed the Treasury Department to distribute the money by April 26. That never happened. In late May, Treasury distributed about half the money, while most of the remaining money was sent out last Friday, as HuffPost reported.

“Sovereign Nations shouldn’t have to fight for money that Congress approves, ever. It’s shameful that a judge has to force the Treasury to do their job,” Rep. Deb Haaland, a New Mexico Democrat and co-chair of the Congressional Native American Caucus, said on Twitter, as The Hill reported.

Much of the delay is attributed to the Treasury Department’s overwhelming incompetence in dealing with Native American tribes and its initial maneuver to distribute stimulus money to Alaska Native Corporations (ANCs).

ANCs, which are not government entities, have enormous land holdings and secure significant profits from timber and oil sales. Judge Mehta blocked the Treasury Department from giving money to them.

According to The Hill, ANCs have appealed and the case is still unresolved, but Mehta said Mnuchin has not been directed to reserve any funding for them.

“That amount is being withheld of the Secretary’s own accord,” Mehta wrote in his decision. “The Secretary’s withholding of 2 million ‘to resolve any potentially adverse decision in litigation’ … simply cannot be justified.”

“The Court is absolutely correct: this administration has and continues to do ‘irreparable harm’ to Indian Country as it inexplicably holds back funds that Congress intended to get to Tribal governments urgently,” Sen. Tom Udall, a New Mexico Democrat and vice chairman of the Senate Indian Affairs Committee, told HuffPost in a statement. “It continues to be a shameful scandal that the Trump administration has dawdled with this funding while people in Native communities are getting sick and dying, and while businesses and essential services are shuttering.”

“It is unconscionable that it has taken court action to force this administration to distribute relief to Tribal governments as Congress intended and the law requires,” said Rep. Ruben Gallego, an Arizona Democrat and chairman of the Subcommittee for Indigenous Peoples of the United States on the House Natural Resources Committee, as HuffPost reported.